'SUFFERING TO SURVIVE': THE WORLD CUP FORCED A RECKONING 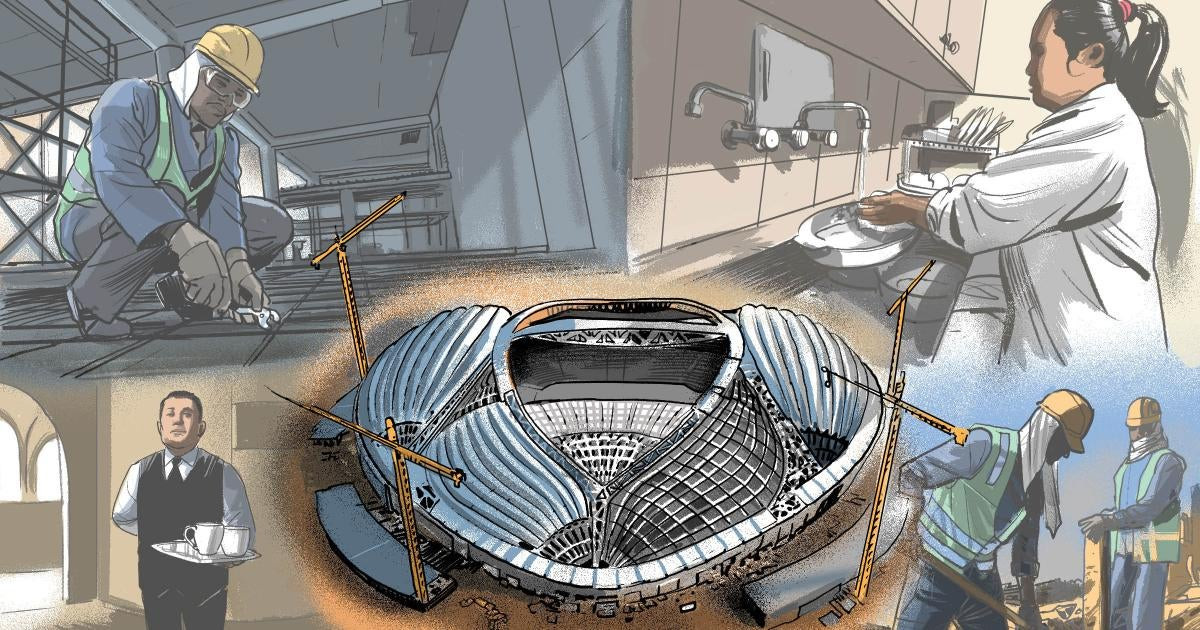 “We now have a cemented roof above our head, but nothing will be enough to reimburse what we have lost. All these things are meaningless without him,” said Tharu.
Tej Narayan Tharu, 24, hoped to buy a small plot of land and build a concrete house with the money he earned working as a scaffolder in a football stadium being built for the FIFA World Cup Qatar 2022.Born to a poor landless family of peasants in Morang, in Nepal’s eastern lowlands bordering India, Tharu did not want his 4-year-old daughter to grow up in a mud hut or cut short her education due to financial problems like he did.
Tharu died long before he could see his dreams turn into reality, using the "blood money" that Qatar paid his family as compensation.
Stories like this echo across the hills and plains of Nepal, a country that has an estimated 400,000 citizens working in Qatar, and across the border in India and other South Asian countries, which are among the major suppliers of cheap, unskilled laborers to the oil-rich emirate.
Qatar has never been transparent with numbers, but Amnesty International cites Qatar’s official statistics to show that as many as 15,021 non-Qataris died between 2010 and 2019 (Qatar was awarded the World Cup in December 2010). According to Nepal’s Foreign Employment Board, at least 1,700 Nepalis have died in Qatar since 2010.
As the world’s media and teams start to arrive, the facts and figures behind workers’ and human rights in Qatar remain hard to uncover.
As 32 teams gather in Qatar for this most unsettling of World Cups, the following numbers serve as a stark reminder of the human cost of the tournament, as well as the ongoing suffering among migrant workers, women, and the LGBTQ+ community in the country.
"5,000 dead for 5,760 minutes of football. Shame on you!" read a message repeated across Germany, a reference to varying estimates of worker fatalities during Qatar’s ambitious construction projects since it won the tournament bid 12 years ago.
Deaths and harm cannot be undone, but for so many migrant workers and families waiting for compensation, some financial assistance—a slender slice of the huge profits from the event—could have far-reaching consequences. A large-scale attempt to give back to those migrant workers short-changed while making the World Cup possible would send a powerful, positive message from FIFA and Qatari authorities.
It is not too late to commit to a remedy fund and to end this long, tumultuous journey on a positive note that finally puts migrant workers at the center of the World Cup they made possible.