“Breakfast is the most important meal of the day”- A Cliché or Not? 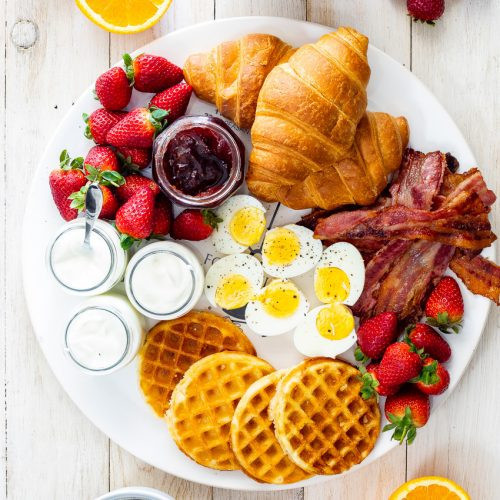 Breakfast- the name itself says a lot. We’re supposed to eat in the morning to literally break the overnight fast. “Breakfast is the most important meal of the day” is a famous phrase that we may have heard very often. Some of our parents keep convincing us about it or we might have heard about it from some popular nutrition influencers. Over the centuries, there have been many disputes regarding this statement. There are findings about breakfast being the most essential for a healthy diet while some believe that it’s just a fancy dietary trend that people follow. Let’s look into it!

In ancient times, people used to eat meals according to the food supply and availability. Romans used to have all three meals- Breakfast (Jentaculum), Lunch (Prandium) and Dinner (Cena), where last meal was the most important. Up until the 15th century in Europe, breakfast was meant for the weak and old.  Breakfast seems to have become widely famous during the 17th and 18th century in Western Europe when people started to work on timed workdays. Eventually, the famous statement- “Breakfast is the most important meal of the day”- was first stated by Lenna F. Cooper in 1917 in Good Health Magazine which was in fact edited by Dr. John Harvey Kellogg, Co-inventor of Cornflakes who is also brother of Keith Kellogg, the founder of the famous cereal company Kellogg’s. Again later during the 1920s heavy breakfast was considered as good, according to the survey by Edward Bernays.

Even with many surveys and findings, there are still conflicts about the famous breakfast statement. Some believe that it’s just a marketing strategy for cereal companies while some believe that it avoids obesity or heart diseases. Nevertheless, these days most of us seem to enjoy breakfast by having breakfast parties and we even love to have varieties of meals. We’re familiar with a range of meals like plates full of bacon, sausages and eggs with freshly prepared juice or coffee; just a bowl of fruits or cereal; toast with jam and butter; donuts and muffins; Sel Roti and Chiya; etc depending on our daily routine activities. So, are we keeping ourselves healthy by not skipping breakfast or are we just being influenced by the slogan while still being unsure?