Australia is Burning as we Speak 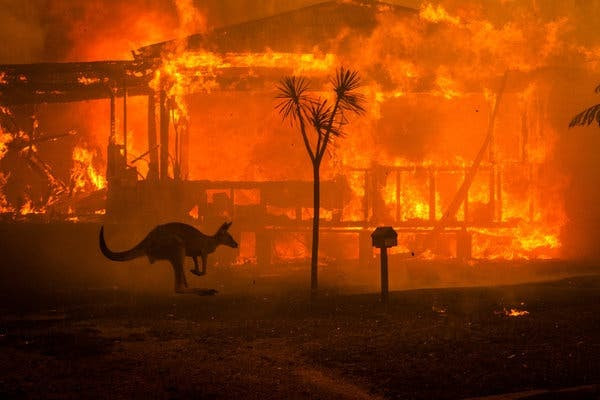 Australia has been burning for four months and it is estimated that the fire will continue further. Although it has experienced bushfires in the previous years, this year the rate of burning has peaked. The hot and arid weather at this time of the year makes it much easier to catch fire. Though various natural causes like dry lightning, drought is to be blamed for such an incident, however, careless human activities have also significantly contributed to this blaze.

According to CNN, the NSW police have charged at least 24 people with deliberately starting bushfires, and have taken legal action against 183 people for fire-related offenses since November. The bushfire of 2009 was noted to be the deadliest bushfire to date which killed about 173 people in Victoria. If the fire is not controlled sooner then I fear that this may set a new record for the destruction of biodiversity.

As a consequence of this massive bushfire, a heatwave in December broke the record for the highest nationwide average temperature. Major damages have occurred and are still occurring. The fire has engulfed about 1588 homes and damaged over 650. In total, more than 7.3 million hectares (17.9 million acres) have been burned across Australia's six states -an area larger than the countries of Belgium and Denmark combined. The worst-affected state is NSW, with more than 4.9 million hectares (12.1 million acres) burned.

The number of total animals affected could be as high as one billion nationwide, according to ecologists from the University of Sydney. A video of a cyclist giving water to a thirsty koala during a severe heatwave in Australia broke out all over the internet.

Various measures have been taken to control this rapid-fire. State and federal authorities have been working to combat the fire crisis for months. The federal government has also sent in military assistance like army personnel, air force aircraft, and navy cruisers for firefighting, evacuation, search and rescue, and clean-up efforts. Many people have been contributing from their side too.

Hopefully, this catastrophe will come to an end soon.