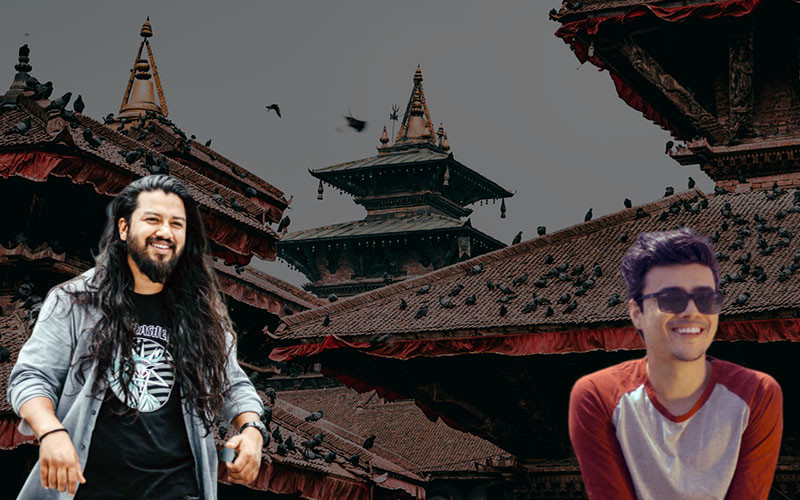 YouTube was initially founded in 2005 to upload and share videos which later developed to be the best platform especially for youths to present their creations. YouTube has been favorable to those who have great ideas for content.  It has been even more fruitful when it comes to the money the youtubers make. YouTube earnings are dependent on ad revenues. Youtubers with highest subscribers like PewDiePie, Logan Paul, Dude Perfect and even some artists with their wonderful contents and millions of subscribers, earn millions from YouTube itself.

Nepalese are quite forward and keeping up with the trends, although Nepal doesn’t have a high position in the world economically. YouTube is one of the most popular websites in Nepal. Some talented youths in Nepal would not have been this well-known if it wasn’t for YouTube. Sabin Karki aka Beest, James Shrestha, Ming Sherap, Sisan Baniya, Girish Khatiwada, Ayush Rimal are some top youtubers of Nepal who have received silver play button due to their 100K+ subscribers.  Each one of them equally brilliant and unique with their contents, they are always up with amazing videos to attract more viewers.

The youtubers have had a great role in addressing the problems of Nepalese society. The vloggers have been trying to bring forth the problems to the public. Shrinkhala Khatiwada uploaded a vlog experiencing Chhaupadi (A menstrual taboo practiced in Far-West Nepal). It definitely changed our viewpoint towards the long-known-but-less-known issue. Youtubers like Sega Gurung aka iamsega and Sisan Baniya have been promoting tourism with their travelling Nepal vlogs. Not only that, Nepali products are also being advertised due to the youtubers these days. There are some YouTube channels like The Storytellers which are presenting people’s inspiring stories to help others.

The growing Internet usage in Nepal is beneficial as it will help the youtubers develop their earnings and standards. However, since the digital marketing is still struggling its way ahead, it has been quite challenging for the youtubers in Nepal compared to those in Western countries. The inadequate earning is quite discouraging. A YouTube vlogger Girish Khatiwada in an interview with The Annapurna Express said “Production cost is high and returns low.” Nonetheless, Nepal is digitizing and developing itself technologically. There will surely be a lot of positive changes regarding this issue.

The rising Nepali youtubers have not only been a source of entertainment but also an inspiration for many. The public has been motivated by them and try to follow the same trend. Hence today, creating YouTube videos could be considered as a career itself. People are always in search for new content to watch. This has led to a continual increase in the number of youtubers in Nepal day by day. Hence, YouTube is eventually becoming a major money-making platform for some.