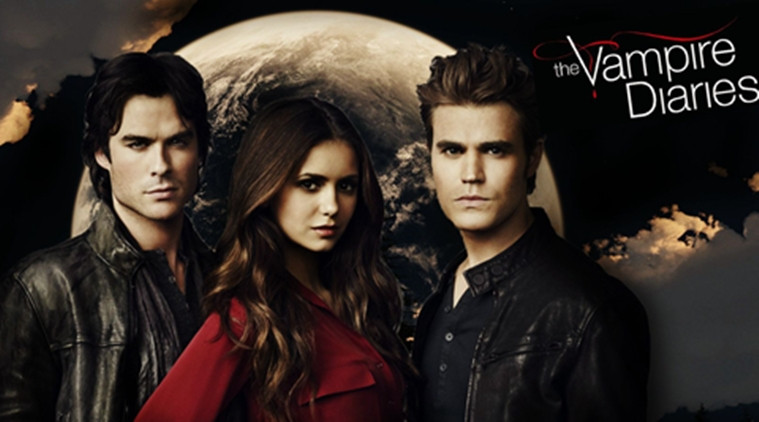 The Vampire Diaries is a supernatural, fantasy and thriller based series which premiered on The CW network on 2009. Currently, it is running on its 7th season. The plot depicts the story of Elena Gilbert portrayed by Nina Dobrev and her friendship with two of her best friends, Bonnie, who happens to be a witch and Caroline. Elena falls in love with Stefan Salvatore (Paul Weasley) and later gets drawn towards Damon (Ian Somerhalder), Stefan’s elder brother. Their lives take a turn when Katherine Pierce (Elena’s doppelganger) who happens to be both Damon and Stefan’s old lover, along with the original vampires enter Mystic falls.

Apart from vampires, Mystic Falls also has other supernatural creatures like werewolves, doppelgangers, witches, and hybrids (both a vampire and a werewolf). The werewolves can be changed into hybrids by giving them the blood of a doppelganger. Since Elena was a doppelganger, she becomes a victim. Fortunately, she is saved by the Salvatore brothers. Later on, Elena gets turned into a vampire, but loses her humanity. Her love for the Salvatore brothers get Elena her humanity back.

The series has won several awards and has become one of the most watched series among teenagers. Personally, I feel that the series has a wonderful cinematography along with a good storyline. The series depicts a teenage girl who is stuck in between two vampire brothers. If she hadn’t met them, her life would have been completely different. I recommend everybody to watch this series as it has a thrilling and attracting storyline which will be a good source of entertainment. Also, the sizzling chemistry between two stars Nina Dobrev and Ian Somerhalder is what makes it worth watching.  I have always enjoyed their chemistry throughout the series which has made me glued to it. Every Thursday, I turn on my TV and have a good time watching it.