Tony Iommi: a master of his craft 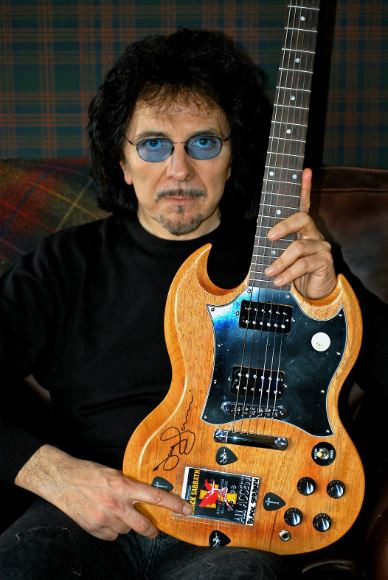 With just over 70 million record sales, Black Sabbath has always been a landmark of musical excellence, although avoided by quite a large demographic. People, more often than not, recognize the band for its exceptional frontman, Ozzy Osbourne, who is predominantly known for his uncommon activities. But this very day, we talk about the powerhouse of the band, the man himself Tony Iommi.
Tony, short for Anthony, was born on 19th February 1948 in Birmingham and was fond of the six-strings. He was one of the founding members of the band along with aforementioned Ozzy, bassist Geezer Butler and drummer Bill Ward. Most people find Tony’s story quite fascinating. He was a left-handed guitarist missing half his fingers. He had an accident in a sheet metal factory where he was employed. Tony lost the tips of two of his fingers—middle and ring. He recalls his night at the hospital when he thought his passion was done for. But soon after recovery, his foreman in the factory eased him into Django Reinhardt’s music. He was furious at the foreman for making him feel like a loser after listening to those fast arpeggios by Django on the guitar. He then later came to know Django's story and how he played with just two fingers after a horrific accident with fire. This gave Tony a huge boost of confidence. He then abandoned his thoughts about changing his style of playing from left to right. He was determined to be a guitarist who played with his left hand and with fingers like that.
As grueling as it was, playing with such wounds, it was rewarding as well. To help himself play trouble-free, he used small thimbles on his fingers. But this would not allow him to bend the strings and so he had to opt to loosen up the strings instead. Loosening the strings up to 3 semitones allowed him to create guitar riffs that were very heavy and very grim as well. This then happened to be the very blueprint of what would become a massive musical genre: Heavy Metal. Their music has inspired tonnes of bands and has left behind a legacy.
A man who had given up the six-strings went on and became a godfather of the very instrument and musical genre. After many incidents inside the band, they disbanded and reunited on many occasions. Tony even had a solo career at one point in life. 2011 was a special year when they reunited and recorded their final album, 13, and in 2017 they ended their 40+ years of career. This band has gone down in history as a legendary musical group and Tony as a legendary man.