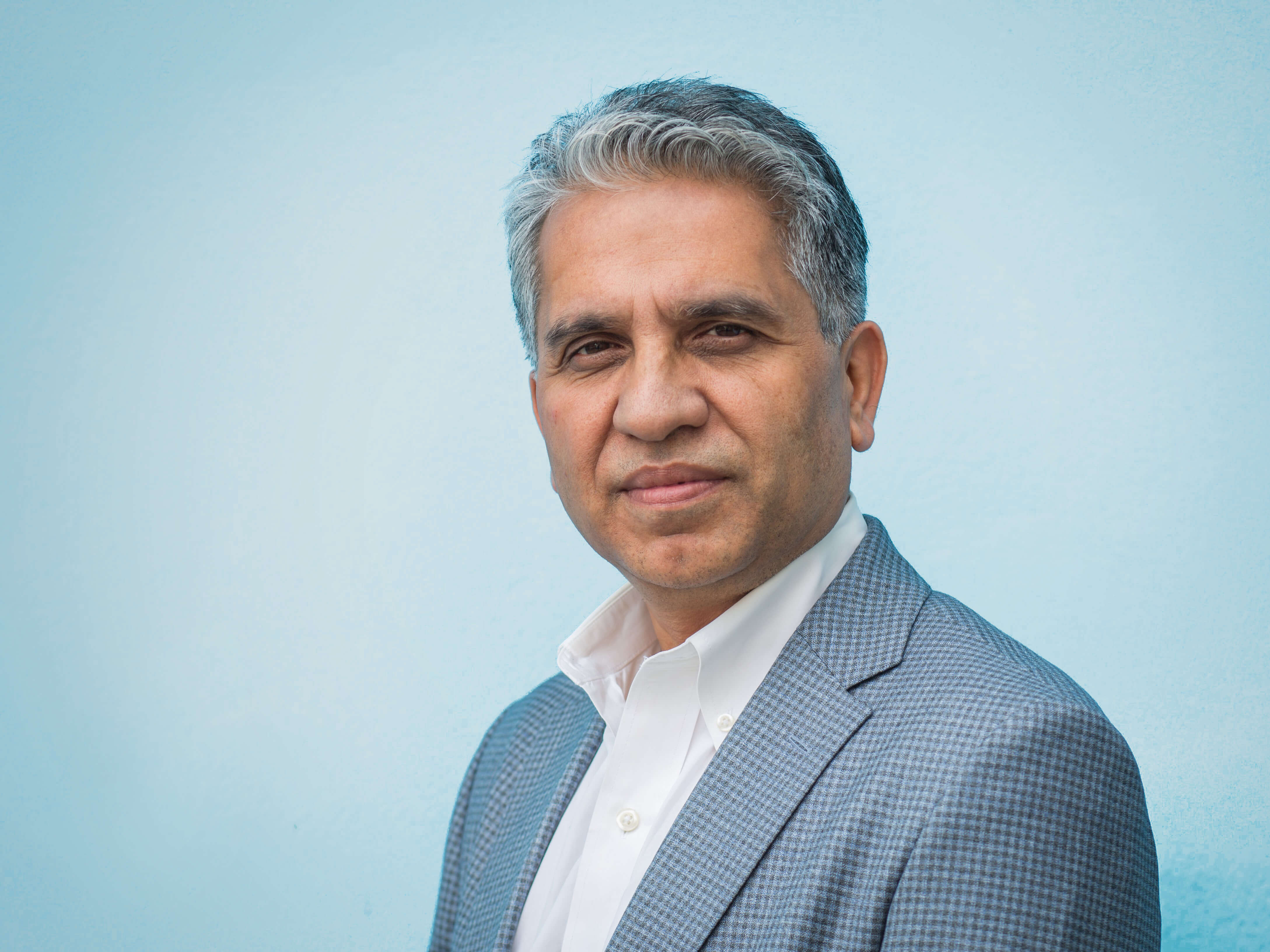 Rudra Pandey is the chairman executive of DeerWalk Inc.
Rudra Pandey comes from a lower-middle-class family in Kanakot. He had a very bright mind since his childhood. Brought up by his grandfather’s influences and teachings, Rudra Pandey is a very positive man who never gives up in his dreams.
He was once totally discouraged when he couldn’t read his physics book in his first month of Isc years in Trichandra College, Kathmandu. That demotivation led Pandey to join ANNSU (the student group affiliated to the communist party of Nepal, Marxist and Leninist (ML)). He spent months on political work as a student without focusing on his studies.  His elder brother helped him escape his addiction towards politics and speeches in political parties and that was when Pandey started working hard in his studies. He didn’t let the light inside him go off. As a result, Rudra Pandey was the college topper in the year 1984.
Due to his brilliant result, Rudra Pandey was able to secure a scholarship to study in one of the top universities in Asia, Mehran University of Engineering & Technology, Pakistan, where he completed his Undergraduate in Electrical Engineering. Before his Undergraduate, he worked for many organizations including Nepal Telecom and Royal National Academy of Science and Technology. He claims himself as an ‘opportunist’ who grabbed the better jobs as soon as he was offered.
His first step in entrepreneurship was when he started a company called Comptronix with one of his friends during his ISc, but it wasn’t a great success. Later, he started a business (GECS) as a dealer of computer hardware from HongKong and Taiwan along with his friend. Rudra Pandey got his Ph.D. on Economics from Northeastern University in Boston, Massachusetts. He also worked in parking lots, as a security guard and due to his nature of taking risks he got many chances and opportunities. Ultimately, he was able to work in Bank of America.
Rudra Pandey along with Chris Kryder built a company D2Hawkeye Services in the year 2001 where he got help from his company GECS in Nepal. Finally, in 2010, he established Deerwalk Services. He is now a very successful person who built an empire all by himself starting from a ground level. He is a true inspiration to all of us.
My encounter with Rudra Pandey has always been very pleasant. He never hesitates to make a small casual conversation about anything like college or our classes, etc. He is a truly simple and humble man. I sincerely think of him as an absolute down to earth person.