The Myths of Solar Eclipse 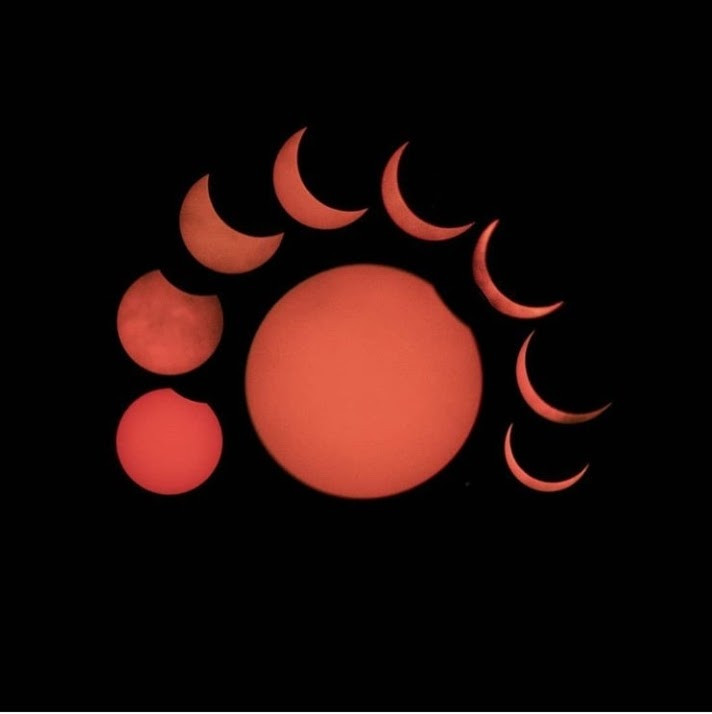 A solar eclipse or “Surya Grahan” is a unique phenomenon that happens when the earth, the moon, and the sun come in a straight line and the moon covers the sun partially or completely obstructing the solar beams from entering the earth. The Sun is about 400 times bigger than the Moon and also 400 times far away from Earth. This cosmic twist of fate makes each object seem about the identical angular size in the sky. The first Solar Eclipse of the year 2020 occurred on Sunday, 21 June, and made a ring of fire, indicating an annular solar eclipse. According to NASA, in about 600 million years we can no longer observe a solar eclipse since the moon would have moved far away from the Earth, given its slowly increasing orbit that it will no longer be big enough to entirely cover the sun. Solar eclipse shouldn’t be observed through naked eyes or dark shades. NASA suggests the use of special solar filters or ‘eclipse glasses’ to protect your eyes while looking towards the sun and viewing the ecliptic event.
Humans have witnessed eclipses before the pages of history. Along with various beliefs, misconceptions also emerged regarding the solar eclipse. However, there is no scientific evidence on such beliefs claimed by the old folks.

Here are some of the most popular beliefs:

If a pregnant woman is exposed to a solar eclipse, the harmful radiation will harm the fetus: The sun’s corona, which is visible in the total solar eclipse, emits electromagnetic radiation seen as light, is perfectly safe. Nuclear fusion takes place in the core of the sun where particles called neutrinos are born, and zip unimpeded out of the sun and into space. They also penetrate the opaque moon and enter the earth during an eclipse. Every second trillion of these neutrinos collide to our body and as a result, every few minutes a few atoms in our body are transmuted into a different isotope by absorbing a neutrino. This is harmless to the pregnant woman and the fetus.

We shouldn’t cook or eat during an eclipse: Many people believe the false idea of food being poisoned if it’s cooked during an eclipse. If that was the case then the crops in the field should also get poisoned and shouldn’t be consumed as it was exposed to the eclipse. The appearance of the greenish corona seems terrifying and it’s in human nature to exaggerate and add fearful stories about them and look for coincidences among events around us. But at the end of the day, there’s no harm in consuming or preparing food during the eclipse.

Solar Eclipses foretell principal life changes and events approximately to happenS: Astrological forecasts interpret how celestial events control or affect human behavior. This presents an unsound confirmation bias where only the successful cause and effect predictions are considered ignoring the number of failed ones. There is nothing aside from human psychology that connects eclipses with future occasions in our life.

Solar Eclipse and health: This is once again an astrological belief based on confirmation bias. There is no scientific evidence of the cause and effect relationship between a total solar eclipse and the health of an individual. The predicted correlations may be found from time to time but it is surpassed by the number of occasions where it contrasted.