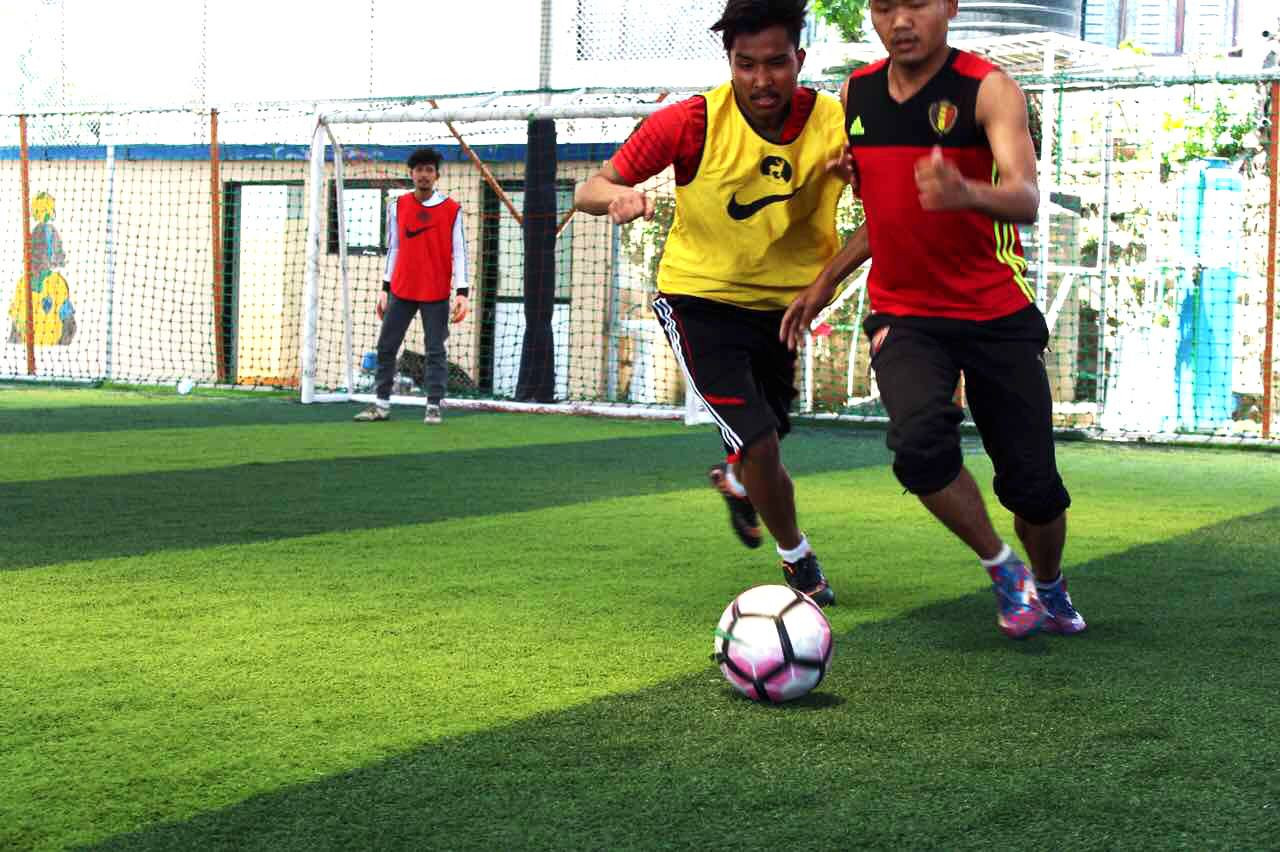 The atmosphere of Surya Futsal situated in Dhumbarahi was different. There were players all around the ground reporting, tossing and kicking the ball. They were all waiting for the intra-college futsal tournament conducted by Sports club in collaboration with Media club and DWIT News. It was a one-day event in which interested players were called to send their names and the players were divided into six teams with goalkeepers of each team leading. The tournament was played on a league basis with four teams qualifying for the knockout stage. The league was very interesting and one had to wait for the last match to know the teams that qualified to knock out stage. After hard-fought match team Mamba, Jaguar, Lion, and Cobra made it to the semifinals.

The semifinals were more intense and exciting. Team Jaguar beat team lion 5-0 to secure a place in the final. Rishitosh Acharya scored a hattrick and Giriraj Khatri struck twice to beat the Lions. The second semifinals between Cobra and Mamba had to be decided via spot kick after team Cobra made a great comeback from a three-goal deficit to make the score 4-4. Captain Bishal Rawal even though goalkeeper scored two goals that helped his team to come back. Takdir Bartaula – Captain and goalkeeper of team mamba lead his team to finals after stopping two spot kicks. Team Jaguar had a difficult time in final after its key player Prabin Rai and Rishitosh Acharya were injured in the second half. Team Mamba won the tournament with a score of 4-2.