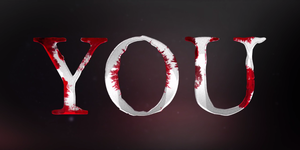 How far are you willing to go for love?

YOU is an American psychological thriller television series. Season 1 of YOU is based on a novel named YOU itself written by Caroline Kepnes. Although it follows the steps of the novel, the ending varies drastically. YOU was streamed on Netflix internationally on December 26, 2018 and it blew off from there, now everyone is talking about it.

In this series, actor Penn Badgley portrays the character of Joe Goldberg, who is in love with a girl and is willing to go as far as eliminating anyone who comes between them. Joe is desperate for love and is completely obsessed over a girl. He uses social media and classic stalking techniques to keep tabs on her. The female character Guinevere Beck is played by Elizabeth Lail, who is a broke NYU graduate student and an aspiring writer. The central character Joe gets involved in a series of events which shows him as a toxic, sick and obsessive man who knows no limits. But, as you go further with the show you get to know that every action he takes, he does it in order to protect the people he loves and himself. Rarely does a TV show forces you to make a life change, like your phone password. YOU is both terrifying and baffling. You have to wonder how Beck misses so many red flags and it’s kinda hard to believe all the coincidences, but Joe’s pervasive likeability answers those brief wonderings. One thing that I don’t like about this show is why would a person not put curtains in their home? Isn’t it a primary thing to do after you get a house?

Joe Goldberg stalks Beck everywhere she goes and acknowledges every action she does even inside her home because she has no curtains in her windows, they are bear open and the passerby can see everything that’s going on inside. Well, if Beck had put on the curtains in her room or if all her social media account was private then maybe YOU wouldn’t even exist. There are so many plots and thrilling series of events that will keep you hooked. The thing that I like the most about this series is the voice inside Joe which keeps on conversing and keeps on justifying his conditions and action. Joe is troubled by his past which makes him cautious and insecure. You’ll never know which character is going to be cast out because you won’t know what the next action will be. Season 1 has a cliff hanging ending which made the audience to look forward for the next season which aired just a month back (December 26, 2019).

I recommend people to watch this series as it is very interesting and will play with your mind for a while as well because it’s a psychological thriller. And, I am sure you’ll be recommending it to your friends once you’ve completed it.