The Raid and Rebellion: History of Pride Month and Pride Flag

The Swinging and Screaming 60s!
Notorious for matters such as Civil Rights protests, the Vietnam War, assassinations of JFK and MLK; the decade is known to have ended on a good note when man landed on the Moon in 1969. But something else happened the same year, something exceptionally remarkable; the Genesis of a broader mass movement of the LGBTQ+ community.

Unlike today, the lack of Internet and dating apps like Grindr made it difficult for gay, lesbian and transgender people to connect. A lot of them thought they were the only ones. But even back in the days, New York was a hub for gay culture. People from around the States and the world moved there, hoping to find their parallels. They looked for places where they could come together to just be themselves and feel at home, without the fear of harassment. Despite a few corners of NYC posing as a haven for them, the city implemented strict rules for gender-appropriate items of clothing and gatherings. You'd lose your job, get evicted from your apartment, and get expelled from your educational institution if they found you exhibiting homosexual behavior.

Under such supremacy, the then members of the queer community found low-maintenance, often hidden bars where they could socialize. Oftentimes, police officers would enter such bars to investigate and see if gay people were working or being served or slow dancing with a same-sex partner. These would be considered enough evidence to prove it was a gay establishment and arrest people. The same happened one hot summer night in a similar bar. 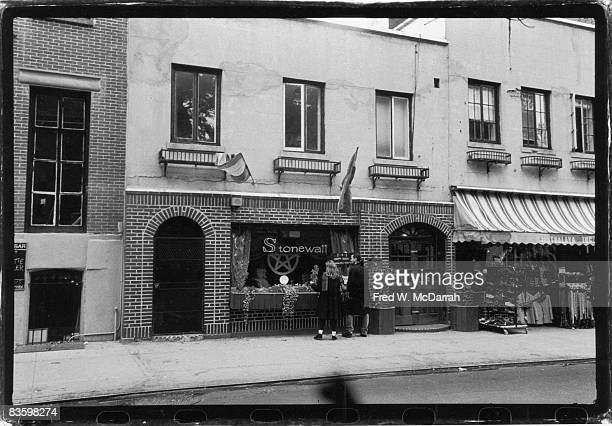 June 28, 1969.
A gay bar called Stonewall Inn located at 53 Christopher Street, Greenwich Village, NYC was just recovering from a police raid from a couple of days back when, at around midnight, police barged in. The patrons of gay bars were usually tipped off about the raids in advance but this one was unanticipated. The officers humiliated the patrons as well as the customers by unsolicitedly checking their genitals and whether or not they aligned with their clothing. They didn’t. And so began the chain of forceful arrests. But this time instead of scattering, they got angry and provocative, enough to fight back, because as Judy Bowen - a Trans Pioneer and Activist - said in an interview for LGBTCenterNYC, “The police were in a large number because that’s one of the first times a queer group had ever fought back. But you can only take so much sh*t - do you know what I mean? ”

The uproar against the much-tolerated abuse, humiliation, and homophobia was led by people from the Transgender community, specifically, black-Transgender people: Marsha P. Johnson and Sylvia Rivera are the names that went down the queer history as noteworthy. The uproar continued until around 4 a.m. that day and lasted for 4 to 5 days. Finally, the police were able to clear the streets but what they didn’t know was that this night of raid and rebellion would have draconian ripple effects, all around the world for decades on end!

What made the Stonewall rebellion so special was that two weeks later, the queer community got a notice by the Gay Liberation Front that they were organizing something big; a rally, a march. And hence, on the first anniversary of the Stonewall riots, 28th of June 1970, the first Pride March took place. "Christopher Street Liberation Day March" as it was called first, was the day when thousands of people paraded across the US in Chicago, Los Angeles, and San Francisco in solidarity. That year was more than just the first anniversary of the riots, it was the year in which decades’ worth of homosexual struggle and endeavors were celebrated and remarked. The celebration was insurgent in nature, radical in tone and emotional in essence. They knew change was coming and it was born out of the ashes of Stonewall.

THE PRIDE FLAG
Initially, the worldwide symbol of the LGBTQ+ movement was an inverted Pink Triangle which was created by Adolf Hitler as a symbol to identify homosexuals in the Concentration camps. It was considered a symbol of shame. In 1976, Gilbert Baker, a San Fransisco-based Queer Right activist, Vietnam War Veteran, an artist, and a Drag Queen, was urged by Harvey Milk, the first openly gay San Fransisco City Supervisor, to create a symbol of representation for the ongoing movement. Baker soon realized that flags are a sign of revolution and rebellion and he knew that the queer community needed a symbol, something that they could identify with, something that epitomized a new beginning. So he designed a flag with 8 stripes.
Hot Pink for Sex, Red for Life, Orange for Healing, Yellow for Sunlight, Green for Nature, Turquoise for Magic, Indigo for Harmony, and Violet for Spirit, in this very order. This flag was flown on the Pride Parade of San Francisco on the 25th of June, 1978. It was the scarcity of Hot Pink and Turquoise-colored fabric that led to Baker dropping the Hot Pink and Turquoise stripes off the flag, after a high demand for the pride flags for the protests against the assassination of Harvey Milk, in 1978. Hence, giving us the flag we see in every Parade since then.

In 2017, the city of Philadelphia added Brown and Black stripes to the six stripes to represent people of color (POC) in the LGBTQ+ community and the city of Seattle, in 2018,  added Pale Blue, Pink and White stripes to the six stripes representing the Transgender community. In 2018, Mr. Daniel Quasar - a Portland-based artist/designer - incorporated all three aforementioned flags into one, naming it “The Progress Flag”, which the incentive to address Transphobia and Racism against POC within the queer community. Nowadays, we can see The Progress Flag being flown in all its glory and history, with Pride. 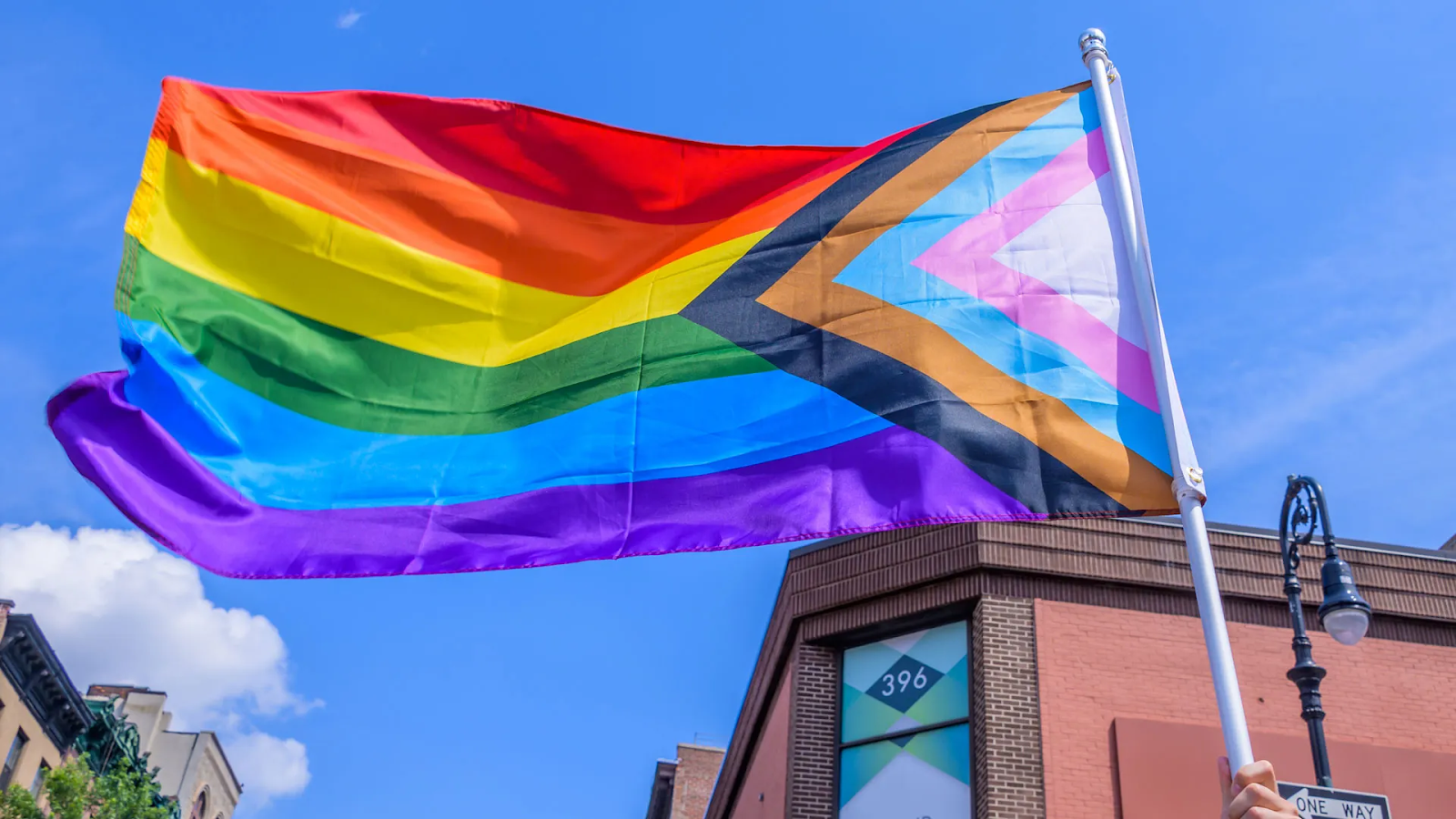 Discrimination against someone based on their sexuality in this day and age is barbaric. The world has become a better place for the LGBTQ+ community than it was in 1969 but we still have to fight for the people who are at the most disadvantage i.e, the Transgender community and Queer people of color. While all the members of the LGBTQ+ family are deprecated and belittled, Transgender people and Queer POC are forced to endure more unreasonable rates of harassment, poverty, homelessness, and HIV AIDS, around the world. A gut-wrenching statistic shows that 60% of the Trans-community in the U.S. do not have access to necessities such as housing, employment, and even basic documents to live in the country.

The members of the LGBTQ+ community see themselves in the face of history and feel like they matter now because of the mark that their predecessors made. We have to support them in making their mark right now so that someone in the future can know that they matter too. The privilege I have today, that ensures my education, a home, access to healthcare, a possible job, and most of all, loved ones to feel like I belong; all of this makes me realize my duty to educate myself on the things that they did to make such progress possible. As an LGBTQ+ ally, I owe it to them to commit to educating myself on issues that are already on the table as well as the ones beyond them. And I hope I did my first bit, through this article.