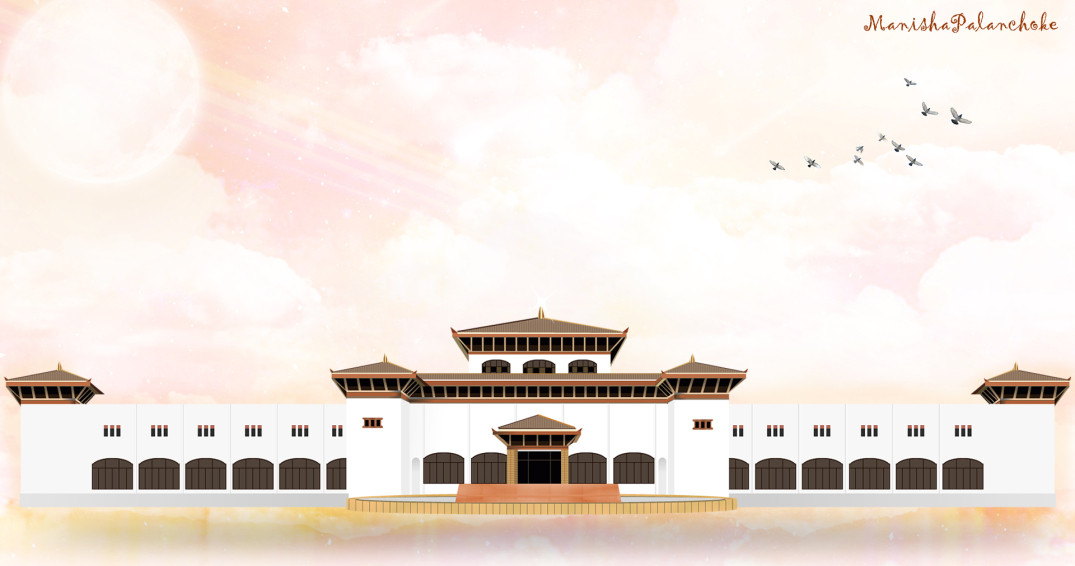 The past month has created a series of events and confusion regarding Nepal’s Political State. Article 76 of Nepal’s Constitution is concerned with the formation of the government and it has played a major role here.

The current Prime Minister KP Sharma Oli was appointed the PM in 2018 under Article 76(2) states that “In cases where no party has a clear majority in the House of
Representatives under clause (1), the President shall appoint as the Prime Minister
a member of the House of Representatives who can command majority with the
support of two or more parties representing the House of Representatives.” He had the support of two parties, the CPN UML and the Maoist Party. The UML and Maoists merged to form the Nepal Communist Party(NCP).

After a series of infight and clashes among the NCP, the house of representatives was dissolved by PM Oli on Dec 20th,2020 and the Supreme Court decided to annul the decision made by the PM citing not enough grounds for dissolution of the House and reinstated the HoR on Feb 23rd,2021. The Supreme Court also stated that the Nepal Communist Party had not had a proper merger and the formation of the party was illegitimate. The NCP was broken into the former: UML and the Maoist Party. This led to further confusion in Nepal’s political situation. Many members of the UML and the Maoists Party had changed their allegiances.

The UML’s political party leader was PM Oli.
Under Article 76(3) “In cases where Prime Minister cannot be appointed under clause (2)
no later than thirty days after the date of declaration of the final results of election
to the House of Representatives or the Prime Minister so appointed fails to secure
a vote of confidence under clause (4), the President shall appoint as the Prime
Minister the parliamentary party leader of the party which has the highest number
of members in the House of Representatives.”  KP Oli, being the parliamentary party leader of the UML(UML had the highest number of seats in the HoR) was re-elected the PM under Article 76(3).

On Thursday, May 20, The PM had recommended the president should initiate the formation of a new government under Article 76 (5) of the Constitution of Nepal.
Under Article 76(5)  “ In cases where the Prime Minister appointed under clause (3) fails to obtain a vote of confidence under clause (4) and any member under clause (2) presents a ground on which he or she can obtain a vote of confidence in the House of Representatives, the President shall appoint such member as the Prime Minister.”

On Friday, May 21st, The opposition alliance comprising Nepali Congress, CPN- Maoist Centre, the disgruntled faction of ruling party led by Madhav Kumar Nepal, and Upendra Yadav-Baburam Bhattarai faction of Janata Samajbadi Party-Nepal,  made a move to form a coalition government. According to the alliance, they have the support of as many as 149 lawmakers which denotes that they possess the adequate number to form a majority government. PM Oli declared that he had the support of 153 lawmakers of the House of Representatives, a day after recommending President Bhandari to initiate the process for the formation of a new government under Article 76(5) of the Constitution, citing that he does not have adequate support to go through another floor test.

On May 21st close to midnight, the house of the President stated that neither the present PM Oli nor the opposition leader Sher Bahadur Deuba can be appointed the PM. 'It has been noted that PM Oli counted those lawmakers as his supporters who extended support to Opposition alliance whereas the UML and JSP-N have forwarded letters stating action would be taken against those who had gone against the party to endorse opposition's claim,'' President Bhandari cited as the reasons to invalidate claims of both the parties.

PM Oli called an emergency meeting after Midnight, on May 22nd and recommended the President dissolve the HoR and set dates for early elections on Nov 12 and Nov 19. Later, on May 22nd, the office of the President announced that the HoR has been dissolved following article 76(7) “In cases where the Prime Minister appointed under clause (5) fails to obtain a vote of confidence or the Prime Minister cannot be appointed, the President shall, on the recommendation of the Prime Minister, dissolve the House of Representatives and appoint a date of an election so that the election to another House of Representatives is completed within six months.” Article 76 (7) comes into play only when all the options for government formation are exhausted.

The political condition of the country is distraught. If the elections do take place amidst the chaos of the covid-19 struck Nepal, we can only expect the situation to be as it was of our neighboring country India during its election time. An election at this time will only hurt the citizens as the country faces one of its worst health and economic crises yet.