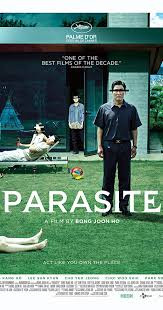 Directed by Bong Joon ho, The movie Parasite is no doubt one of the movies that keep you on edge the entire time. Oscar nominee and eventually the Oscar winner for categories Best Picture, Best Director for Bong, Best Original Screenplay and Best International Feature Film. It became the first South Korean film to receive Academy Award recognition, as well as the first non-English-language film to win Best Picture. The parasite has become a worldwide success. The director of the movie, Bong Joon Ho even got an Oscar Award for the category of Best Director. It also won the Golden Globe Award for Best Foreign Language Film, the BAFTA Award for Best Film Not in the English Language, and became the first non-English-language film to win the Screen Actors Guild Award for Outstanding Performance by a Cast in a Motion Picture.

So what made Parasite, a South Korean dark comedy thriller film stand out among all the other movies?

As previous few masterpieces made by director Bong Joon Ho, the parasite also vividly shows one of the major obstacles of our society i.e the difference between the poor and the rich and how each of them are dependent upon each other like ‘parasite’. There are various events that clearly denote the nauseating feeling of the rich towards the poor. Here, the rich family is denoted by The Parks and the poor family is played by The Kims. The Kim family is poor and struggles for day to day living when a friend of the son offers him a scholar's rock, which is meant to promise wealth to whoever possesses it. The friend also offers his job as a tutor of the daughter of a wealthy family, The Parks to him as he would be flying abroad soon for higher studies. Slowly the Kim family begins to pervade the home of the Parks by recommending each other's services. Ki-woo, the son of The Kim family tutors and starts to develop a romantic relationship with Da-Hye (daughter of the Park family) with a false identity Kevin, similarly Ki-Jeong (daughter of the Kim family) enter as an art therapist for the Park’s restless young son. After planning some accusations the driver and the long-time housekeeper, Moon-gwang are also replaced by Mr. and Mrs. Kim.

For a short period of time, the Kim family starts to have a stable income through the Park family and when the Park family leaves for a camping trip the Kim family encounters the full luxury of the Park mansion. Heavy downpour hits the city and the former housemaid pays a visit to the mansion explaining she has a business in the basement of the kitchen, this event had already given creeps to the audience and a certain curiosity as to what was going to happen next. Here is where the story gets really exciting and thrilling. A series of events occurs which is bound to keep you thinking and make your heart tremble with thrill.

Director, Bong Joon ho showcased a scene where the Park family is inside their luxurious living room enjoying the sight of rain whereas at the same moment The Kim family is struggling with rain as their small semi-basement apartment is flooded by sewage and all of their belongings are ruined. I also liked a scene where the Kim family suffer and are in need of a plan and Mr. Kim explains that they don’t need a plan because no plan will ever result in success and the closing scene is also based on the same theory which will keep your mind ticking and may even cause you insomnia.