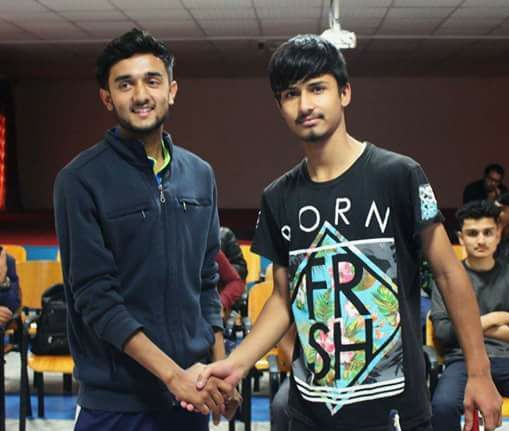 Intra- College Table Tennis Competition, facilitated by DWIT Sports Club, kicked off on April 15. All the league matches including semifinals were conducted on this day and the final was held a week later on Saturday, April 22. The finalists - Babin Karki ’19 and Nischal Rimal ’20 competed against each other for the first position. Nischal Rimal won the competition by winning 3 sets out of the 5.

“Before the commencement of Intra-college Table Tennis competition, I was excited to play. I played all the matches with confidence and won the tournament to which I was delighted. All the practices that I had before the tournament paid off and I am extremely happy for that,” Nischal Rimal, Winner

Sushant Chitrakar, President of Sports club says “Overall, the Competition was a success from what I hear from the players. The final match was thrilling to watch as both the players were technically fantastic. We had planned to organize the finals in one of the Deertalk sessions but unfortunately, the admin had come to a conclusion to restrict sports activities in the hall. So, we had set the finals on the original Table Tennis location on the ground.” DWIT News would like to congratulate the winner.