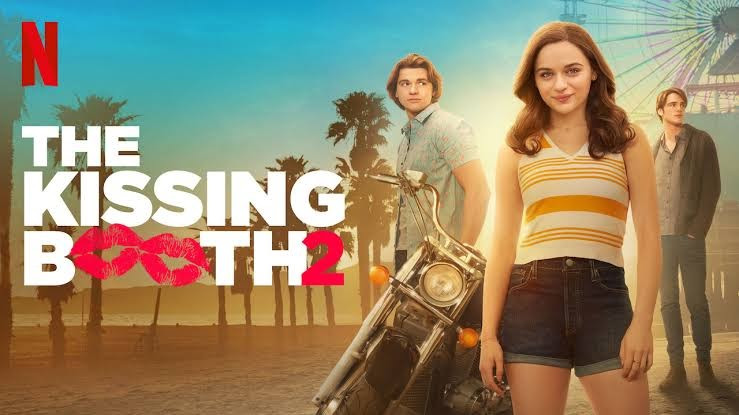 The Kissing Booth 2 is a 2020 American teen romantic comedy film directed by Vince Marcello, from a screenplay by Marcello and Jay Arnold. The film is a direct sequel to the 2018 film The Kissing Booth. Based on the novel The Kissing Booth 2: Going the Distance by Beth Reekles, the film stars Joey King(Elle Evans), Joel Courtney (Lee Flyn), Jacob Elordi (Noah Flyn) and Taylor Zakhar Perez (Marco Pane).

Previously I was an enthusiastic wattpad reader. Knowing one of the wattpad books was being casted into a movie I was very excited to watch the first movie “The Kissing Booth”. But I can’t say the same for The Kissing booth 2. Anyhow curiosity got the better of me and I gave it a watch.

The movie picked up right from where it had ended. Noah off to college, Elle and Lee back to school for senior year. The problems couple often encounter in a long distance relationship is displayed accurately. Communication gap, jealousy, personal growth and space were dead-on. Like any typical teen drama movie, they obviously had to introduce a love triangle. Second lead syndrome mode activated. Right from the start we can see the struggle of maintaining a long distance relationship, Noah is matured and is trying his best to hold on to the relationship but things aren’t just working out. Both Noah and Elle bond with new friends which lead on to some dramatic turn of events. The attractive new transfer Marco Pena has wooed everyone with his charm along with a certain someone. Although the spotlight was on the main characters but the story line of side characters were presented very beautifully. A part of the movie also represented LGBTQ side which was bewitching, probably one of my favourite scenes. Decisions are to be made, sides need to be choosed not only by the characters but even the audience. Is the first love going to last? Or the pursuit of “The One” will lead to a different path ? It’s a roller coaster ride. Ending is also a cliffhanger which will make you count days for the prequel to come. I’m on the verge of spoiling it and I'm sure no one would appreciate it. So don’t be late to watch the teen romantic comedy- The Kissing Booth 2.