Movie Review: ‘To All the Boys: P.S. I Still Love You’ 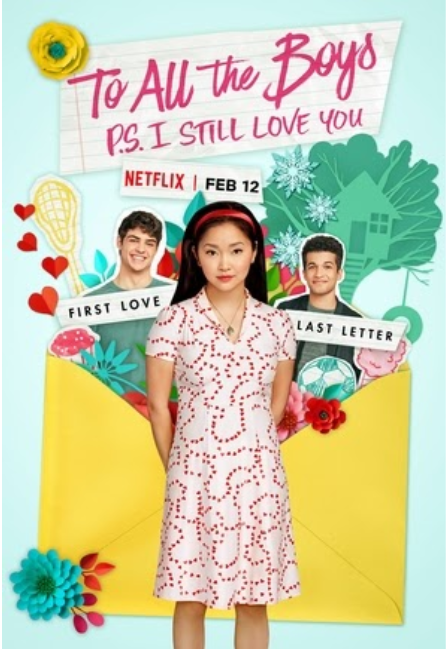 ‘To All the Boys: P.S. I Still Love You’ is a romantic comedy movie based on Jenny Han's 2015 novel P.S. I Still Love You. After the super hit first part ‘To All the Boys I've Loved Before’ in 2018, this movie was one of the most awaited one in 2020. There were literally countdowns for this movie. The first part was about a high school girl Lara Jean played by Lana Condor who wrote a letter to every guy she falls for but never sends it. The trouble began when her younger sister Kitty posts those letters away. Peter Kavinsky played by Noah Centineo, receives the letter while going through a break up with his girlfriend. Both Lara and Peter make a contract to fake a relationship which later develops to be deeper and eventually they fall in love with each other.
The second part ‘To All the Boys: P.S. I Still Love You’ is the sequence of their love affair. Lara Jean’s childhood friend, who received the letter played by Jordan Fisher as John Ambrose writes back to the sweet Lara Jean. Again, fortunately, or unfortunately, they meet again in a volunteer club when Lara finds out about the mutual feelings they had before. John Ambrose is portrayed as a gentleman who volunteers, plays piano and possesses every nice thing that a nice man could have. Side by side, Peter is portrayed as an ignorant, rude person who keeps secrets and plagiarizes poems in the movie. Lara Jean gets confused after their complete opposite behaviors.
The whole movie basically is about the triangle love they had. Everything is predictable. After I saw the movie, I honestly thought what happened to John Ambrose was quite unfair. Although Peter is the main character, what I saw from the beginning made me believe that John Ambrose was right for Lara Jean. They overdid the negative things about their relationship. It might have been better had they showed John a little less perfect and Peter a little less bad. However, it is a typical rom-com with a perfect ending in any way possible.
Personally, I liked the first part. It was charming and full of excitement with both romance and comedy in a perfect amount. The present one could not meet the same level as the old one.  It was a total disappointment after the amazing hit before. The movie just went on a surface and ended on a surface. The movie couldn’t catch the hype until the end.
They have officially declared the third part of this movie sequence ‘To All the Boys: Always and Forever, Lara Jean’ to be released soon. Hope the third will be good and winning to cover up the bummer it was in ‘To All the Boys: P.S. I Still Love You’.