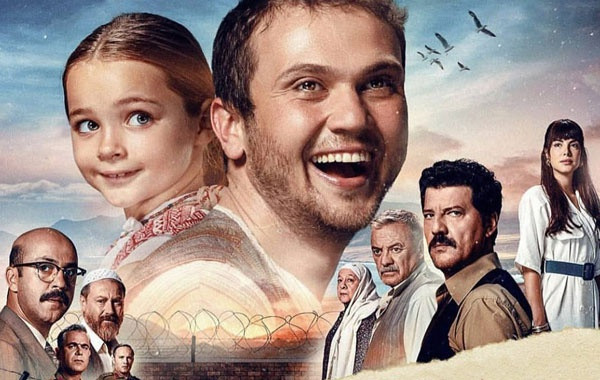 Miracle in Cell No. 7, a 2019 Turkish movie (7 Kogustaki Mucize in Turkish) is a remake of 2013 South Korean movie with the same name ‘Miracle in Cell No. 7’ which was a great hit and was gracefully loved by the audience. This remake is heart touching and emotional just like the first one and was trending on Netflix.

During this self-isolation period, when the Government has extended the lockdown, we have got nothing but time right now. Thank god there are movies to overcome boredom and we’re never out of them. So why not spend your 2h 12m watching this beautiful creation?

The movie is directed by Mehmet Ada Öztekin whose main cast are: Nisa Sofiya Aksongur who plays the role of a little girl Ova, who is separated from his very loving but mentally disabled father Memo, played by Aras Bulut İynemli, when he’s falsely accused of murder. The story showers you with so many different emotions. I can count this movie as one of the best movies I’ve watched so far.

The story is of the early 80’s in Turkey when murderers were punished by executing them. The family lives a normal life. Ova’s mother is dead and her father, Memo is mentally not well. Despite this, he earns the way he can for his family. The father and daughter live in a little house with Memo’s grandmother. Once, he gets caught in a crime scene of the death of a little girl who in fact is the daughter of a Lieutenant Colonel. The officer’s power and Memo’s mentally and financially poor status leads him to jail neglecting his mental health. There he is kept in Cell no. 7 where he meets other criminals who were not that welcoming towards him. He faces many difficulties when the other prisoners try to almost kill him due to his cruel act of sin or due to the reason of his sentence. Poor and innocent Memo isn’t allowed to meet his family while his daughter struggles a lot to find evidence to prove his father innocent.

The father-daughter relationship is portrayed wonderfully. The effect of their relationship among other prisoners in cell no. 7 and the effect in the environment of the movie becomes very deep as presented in the movie. It is a fictional story, yet is very heartwarming and you get to experience every emotion all through the movie. Miracle in Cell No. 7 will be very enchanting especially to all the fathers as it shows the beautiful father-daughter bond and I recommend you to not miss this emotional and moving movie.

Brace yourself and hold a tissue because there’s ain’t no stopping of tears throughout the movie.