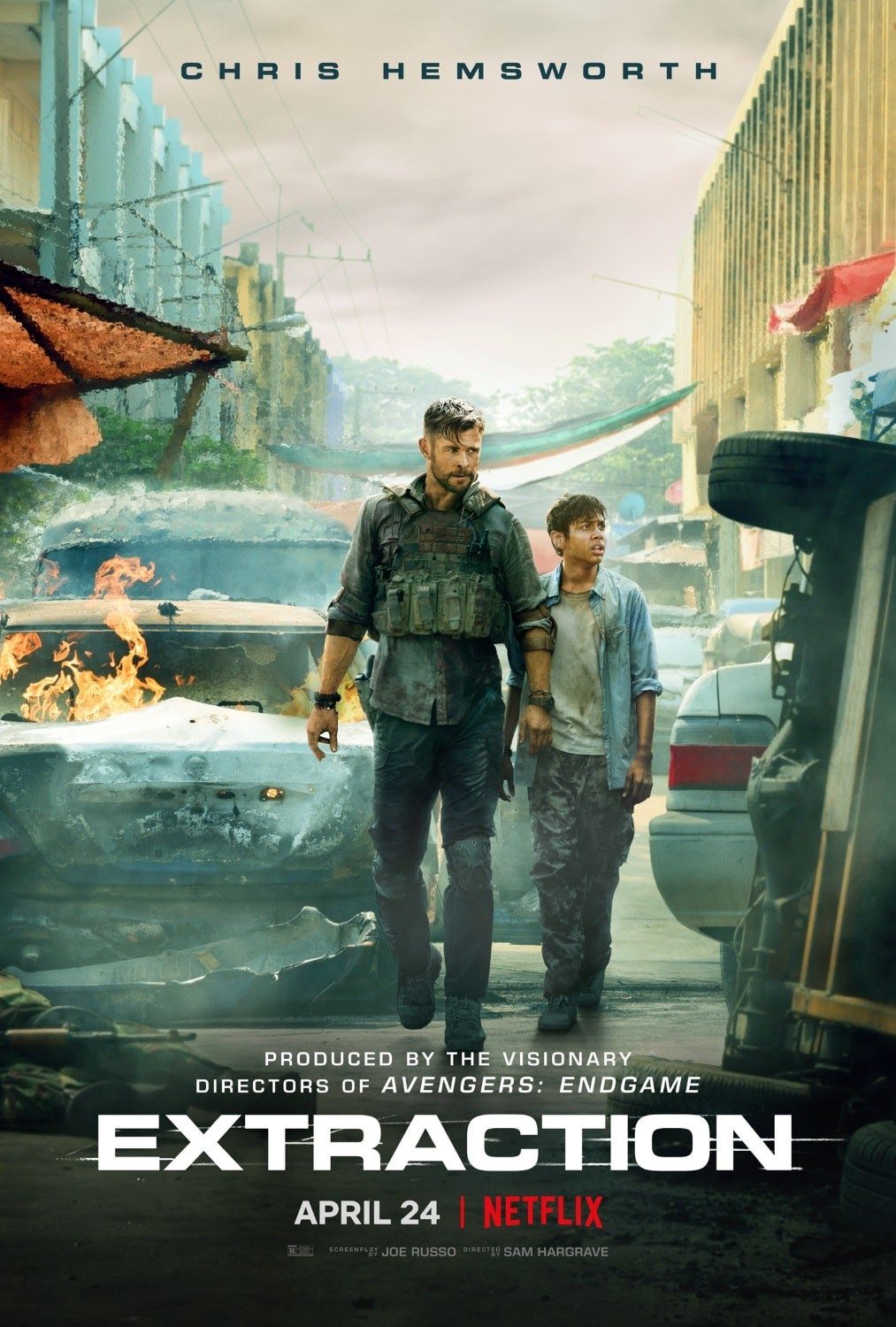 Action thriller movie Extraction, written by Joe Russo, produced by Chris Hemsworth and his brother Anthony Russo and directed by Sam Hargove is an example of technical brilliance. Sam Hargove has been the stunt coordinator of many movies including atomic blonde, some Avengers movies, and some of the Pirates of the Caribbean. Sam Hargove has been doing stunt work and this is the first time he will be directed behind the scene. The cast members Chris Hemsworth, Rudhraksh Jaiswal, Randeep Hooda, Golshifteh Farahani, Pankaj Tripathi, David Harbour have showcased amazing acting skills.

The son of one of the greatest drug lords of India Ovi is kidnapped by the Bangladeshi crime lord who is powerful enough to control the entire Dhaka’s military and police force. The drug lord is imprisoned so he asks Ovi’s protector Sauji, a former Indian Special Forces soldier, to find him and bring him back safely to India. Sauji further recruits a mercenary team to carry on the rescue operation of Ovi.

This movie projects some of the best hand to hand combat. Extraction is a treat to the action thriller lovers. It is extremely violent and definitely not for the faint-hearted ones. This movie is tightly packed and doesn’t offer anything beyond action. Chris Hemsworth aka Tyler has a tragic background story that pushes him forward to take any suicide mission. Extraction of Ovi isn’t easy as it sounds, every corner another surprise is lurking which makes the mission 10 times more difficult. Extraction is a hard-edged movie and the stunt team is just incredible. Tossing people around, gun shoots, blowing up trucks is common throughout the movie. The strong qualities of the movie are excellent camera work and action sequences. The spectators who look for a character story and plot development, extraction don't offer much. But for the people who enjoy action and thrill, extraction is the movie for you.