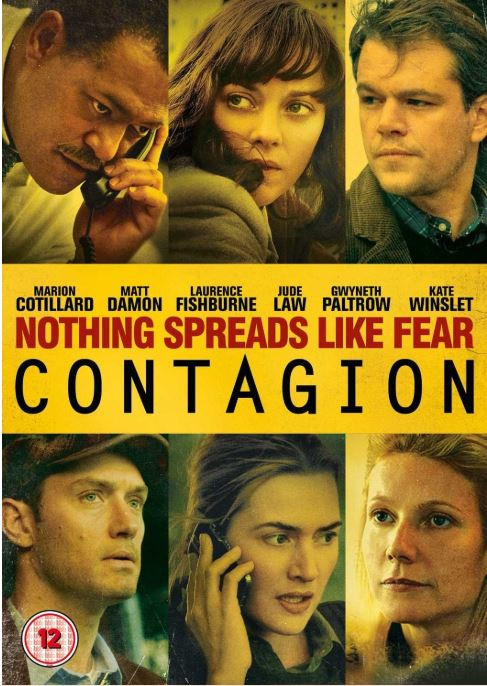 Have you ever come across a movie that made you feel like your life is being portrayed through it? I came across this movie Contagion 2011 a few days ago and I'm not exaggerating when I say that I got chills watching it.
Contagion, a thriller movie which was directed by Steven Soderbergh and distributed by Warner Bros. Picture in 2011 A.D. The cast members include Marion Cotillard, Matt Damon, Laurence Fishburne, Jude Law, Gwyneth Paltrow, Kate Winslet, Bryan Cranston, Jennifer Ehle, and Sanaa Lathan. The entire plot of the movie is concerned about a virus that results in global pandemic issues and results up to a 30% mortality rate. In light of recent events, I was more than terrified to watch this movie. The movie starts with the death of Beth Emhoff and her son leading to the discovery of a deadly virus which in a short time spreads all over the world causing chaos. The CDC (Center for disease control) struggles to identify the virus and when they finally do, they struggle to find the cure. I watched this movie with a throbbing heart as I knew what was going on in the movie because I was living it. My anxiety towards whether they will be able to find the cure or not was on the peak the entire time. The situation in the movie was going out of hand: the shortage of food and supplies which resulted in vandalism, robbery, breaking into people’s homes, stealing and shooting. I wondered if the same incidents would happen shortly too. It felt like this movie which was made in 2011, predicted 2020. Even doctors fell sick. People became selfish, it was the end of humanity.
Did they manage to find the cure? If yes then was it supplied to all the citizens?

To know these answers I recommend you to watch the movie and I can assure you that you will remain shaken. This film doesn't depict an amplified fantasy but the stark reality about the current state of affairs. If I had watched this movie a few months back, I would have taken it lightly and kept it under the category of another Global issue movie but looking at the present situation I’m astonished at how far-sighted this movie was. This movie is so intriguing that you will be lost in the loop of your thoughts. One of the key messages I learned from the movie is that more than the virus, the fear spreads and people don’t cope well with fear.