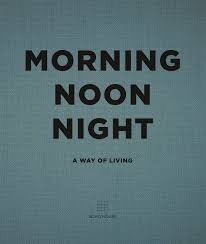 The author of this book, Sidney Sheldon, relished in his art of capturing his reader's minds from the start of the book to the finish. His writing style is fit for his thrilling novels and uses crime and suspense as the main theme in most of his books. He began writing romantic thrillers at the late age of 50 and became very successful. He is currently the seventh bestselling fiction writer of all time and is one of my best authors. The book starts off with the introduction to Harry Stanford, a billionaire and business tycoon and how he managed to be such a big success coming from a middle-class family. As the story progresses Harry dies leaving his immense wealth to three of his children, two sons Tyler and Woodrow Stanford, and a daughter Kendall Stanford. But Harry had an illegitimate child through a governess of the household which led to the suicide of Harry's wife. Due to this reason, his children had hated him all their teenage, and now adult lives. Harry, being a heartless father, tried to take their minds off him by sending them to different boarding schools. But they hated him nonetheless. So, as soon as they heard of their father's will, they were overjoyed rather than sorry for their father’s wealth because they would be inheriting a fortune as well as the Stanford enterprise. But of course, Julia Stanford, the illegitimate child of Harry Stanford also had a claim to the wealth. So, when Julia arrived on the doorstep, none of the Stanford children were too pleased. Was she the real Julia or just a hoax, trying to get rich? This is not even the real suspense of the story. Readers should be ready for a very Sidney Sheldon-like twist at the end. I would really recommend Sidney Sheldon to avid readers (unless they already have, more likely) because these are the books that really touches you from within. Apart from this, Sidney Sheldon has written many more bestselling books. Sadly, he died in 2007, so there are finite numbers of his masterpieces.