The Man Behind Nas Daily 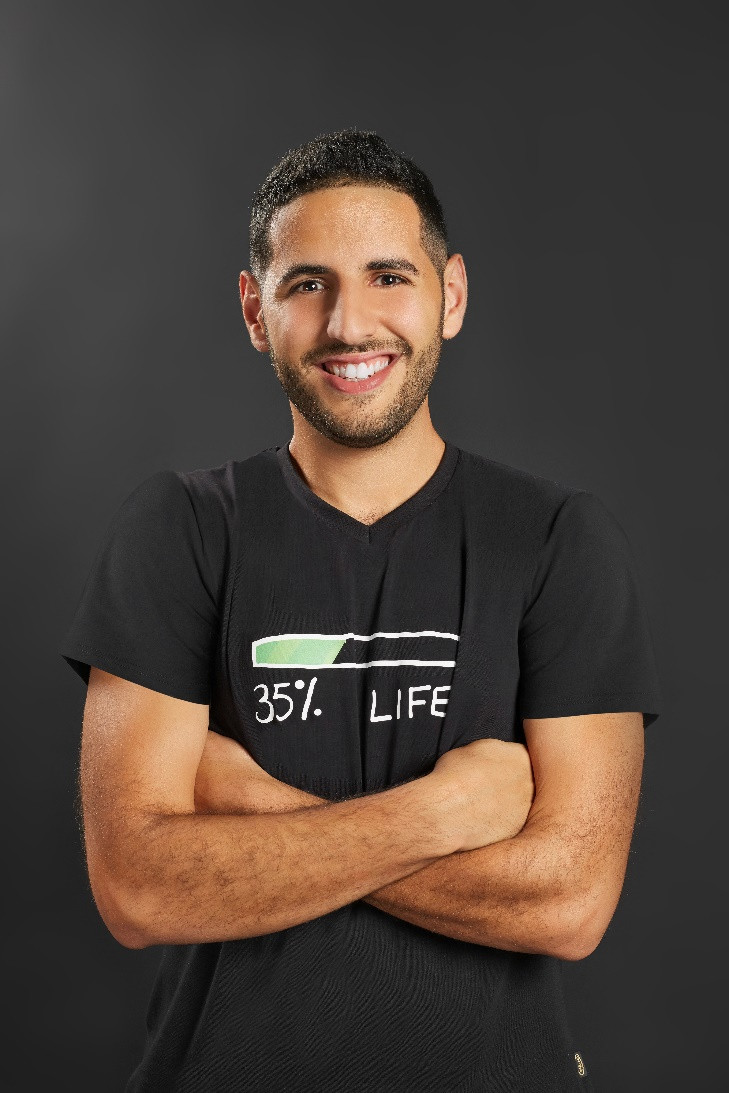 Have you seen those one minute videos with an enthusiastic man and amazing content? You must have seen him in Instagram or Facebook or YouTube too. I am talking about Nuseir Yassin, an Israeli- Arab video blogger who created 1,000 daily 1-minute videos on Facebook under the page, Nas Daily. (Nas meaning people in Arabic)

He started out in 2016 when he quit his job from Venmo (now known as PayPal) and started a journey of travelling the world and video-blogging about his travels. He started off with a one-way ticket to Kenya, and before he headed to the airport he wanted to try something new that is create one minute videos daily for a 1000 days.

Nas Daily covered all kinds of things.  Nuseir traveled from country to country, making 1 min video every day. The 1000 days ended on January 5th ,2019. But before it began becoming popular and amassing a ton of views, he was new had hardly any views on it and he was not the best content maker as you would expect. He started off like any other person—as a beginner and he tried every day. Not a single day was missed in his Nas Daily channel for a 1000 days.

He was learning and improving every day. Even after all the hard work, his videos were not getting much views. He was frustrated and about to give up but he made another video the next day, day 270. And the video blew up. Overnight, it amassed 30 million views on Facebook and suddenly, everybody knew about his project. People started following his vlogs.
The fan following grew from 0 followers when he started in April 2016 to 10 million by November 2018.

His vlogs covered any and all sort of topics, from your normal every day average vlogs to about different cultures of different countries to the awesome side of countries and some major social issues of the country—he gave out pieces of content day by day. He also helped to spread the people’s voice throughout the world and helped many of them. With the enthusiastic nature and the positive vibes he gave off, he presented a new perspective into this world—a much needed perspective for many people. The videos have changed some’s lives forever.

His videos are filled with so much enthusiasm and positivity and they show a different side of the world and people. I personally wondered how wherever Nuseir went, how did he summon a huge crowd with him? Like in India and in Singapore and in China, a huge crowd of enthusiastic people can be seen behind him cheering and also how he was able to get so comfortable with people around him. It really was an engaging video to see. On being asked why he made only one minute videos, he said that he thinks he does not deserve any more time from us and that he wanted to make a video as good as possible for us to see in one minute. He said he was grateful for the love and support he has received! He ended his 1000-day vlog with the tagline “That’s one minute, see you soon.”

Since ending his 1000-day journey, he has started The Nas Company, launched a book called “Around the world in 60 seconds” where he documents his travel to 64 countries in Nas Daily and started the Nas Academy to teach video editing. After Nas Daily, On 1 February 2019, he started making one video per week, for a planned 100 weeks until the beginning of 2021.

Do check him out!