The .io TLD (Top Level Domain) is a region-specific domain for the British Indian Ocean region. But, after the advent of the popular browser game Agar.io, this domain has mostly been used by online, browser-based games. .io games normally have a lack of player communication and 2D graphics and normally have the same gameplay mechanics, where a player consumes other players to grow bigger and shrinks when speeding through the blank map the game takes place on. 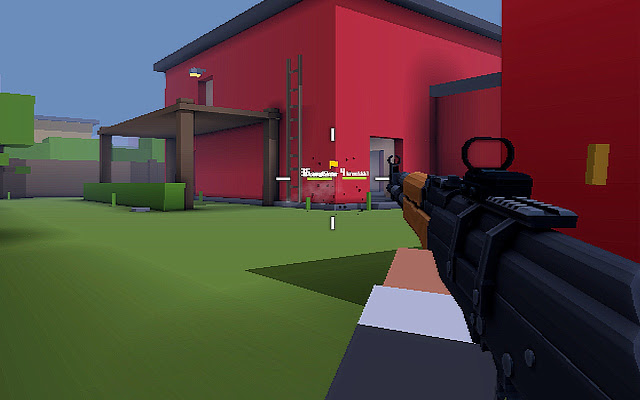 To get a slice of the .io pie, Yendis Entertainment released Krunker.io on May 20, 2018. Krunker.io is a 3D First Person Shooter which runs on a browser. Krunker’s gun mechanics are a mixture of Call of Duty and Counter-Strike whereas its movement resembles that of arena shooters like Quake and Unreal Tournament. The fusion of these mechanics results in a fast-paced game with precise gunplay. No matter what you’re doing, flying or running, the bullets land exactly on the crosshair.
Krunker also has solid community support with a marketplace where people can buy, sell, trade their in-game items in exchange for the game's currency called KR. There is also excellent mod support in the game and thousands of mods can be found in the game. Furthermore, one can also host custom and private games to play with friends on the map of their choice, and the best part of all this is you can share the browser link with your friends and play with them.
Amidst the extremely popular games like Valorant, Counter-Strike, Rainbow Six Siege, and more alike, this game has been undiscovered and remains to gain the recognition that it so rightfully deserves, because it's an extremely fun game. The fact that it runs even on a “toaster” makes it even better since it assures you that no matter how bad of a PC or Mobile you have, you can always have fun with your friends.