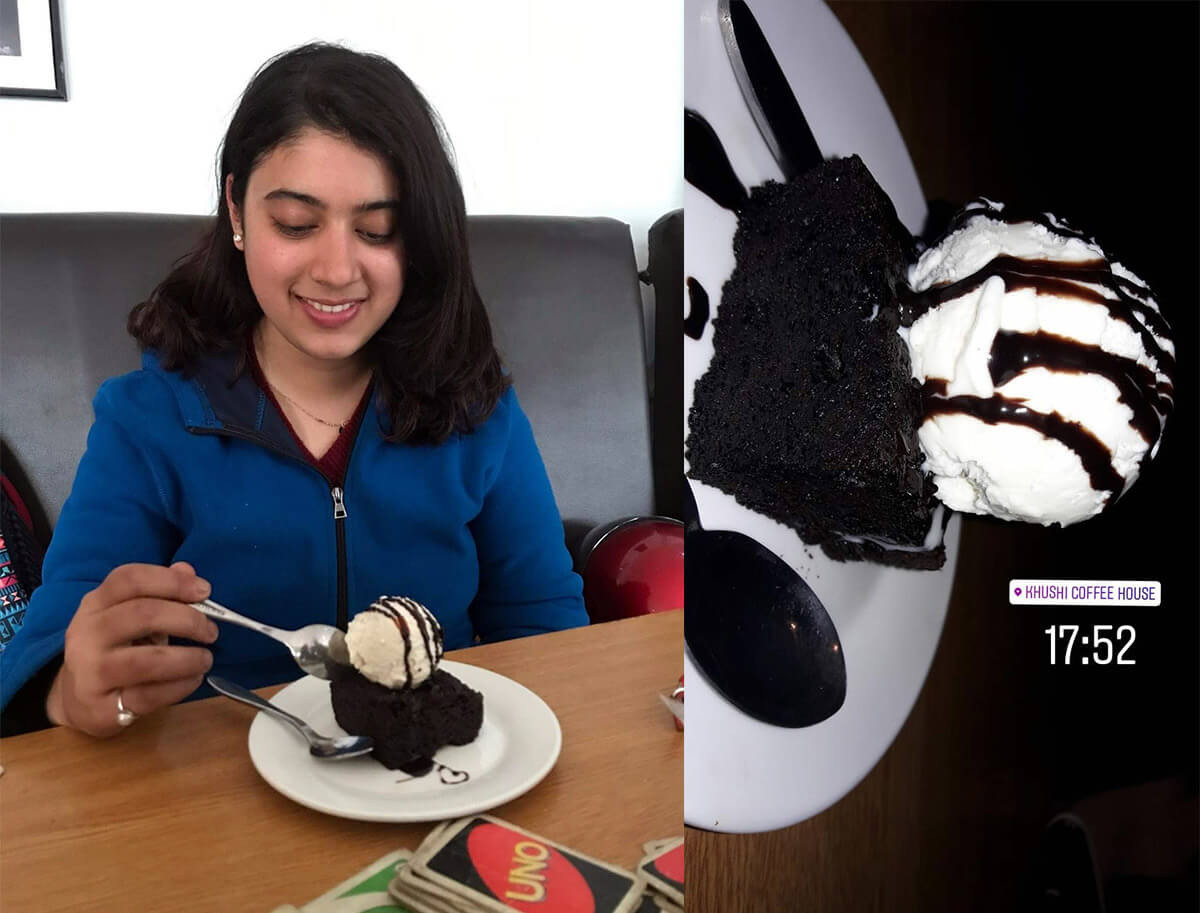 Having a sweet tooth, I really crave chocolates and cakes. So, it’s not weird at all, if I become impatient at any time of the day to have any of them. Once, I was wandering on the streets of Battisputali with my friends. I saw a cafe which seemed quite cool, as people were sitting outside and having their coffee with newspapers in their hands. Some were singing along with their friends. The smell of the coffee was something I couldn’t resist, so we went there to have coffee. But, as I mentioned about the impatient thing, I wanted to have something sweet, something chocolaty. So, instead of coffee, I ordered a brownie with ice cream.

The items on the menu were quite cheap but the only expensive item was the one I had just ordered (brownie with ice cream). I wanted to regret but the order was already placed. There was a guitar we could play but since we were not into playing music, we thought of playing board games instead. We were quite excited and in a dilemma, as there were a variety of games we could play. We played UNO while waiting for our order.

I saw someone coming towards us with a plate that looked so appealing with the layer of white creamy vanilla ice cream on top and chocolate syrup all over it. As we were in the middle of the game, I was excited about the food but was more excited about playing because I would win after one power card was played. So, I just casually took the spoon with a piece of brownie in my mouth and then I suddenly left my card and started having every piece of it without speaking a word. The brownie just melted inside my mouth. It was so good, so yum, so chocolaty, beyond delicious one cannot describe in words. The best part was that I didn’t even realize finishing the whole dish.

If you love chocolates or if you have a sweet tooth like me I would recommend you to visit Khushi Coffee House. Even if you don’t like chocolates, you should definitely visit the place to have it because who knows after having this, you could end up loving it.

In a nutshell, the place is really cozy and comfortable with a friendly environment where you can find a variety of board games as well as good English novels. The smell of coffee and yes the brownie is something you surely don’t want to miss.

So, if you are being impatient to try this place out, here’s the location:

Interesting Facts: Using a fork while even having unadorned brownie, will lessen your enjoyment because brownies are finger food, like cookies. As the brownie is classified as a bar cookie rather than a cake ( stated by US food website The Nibble )