Is it the right time to protest? 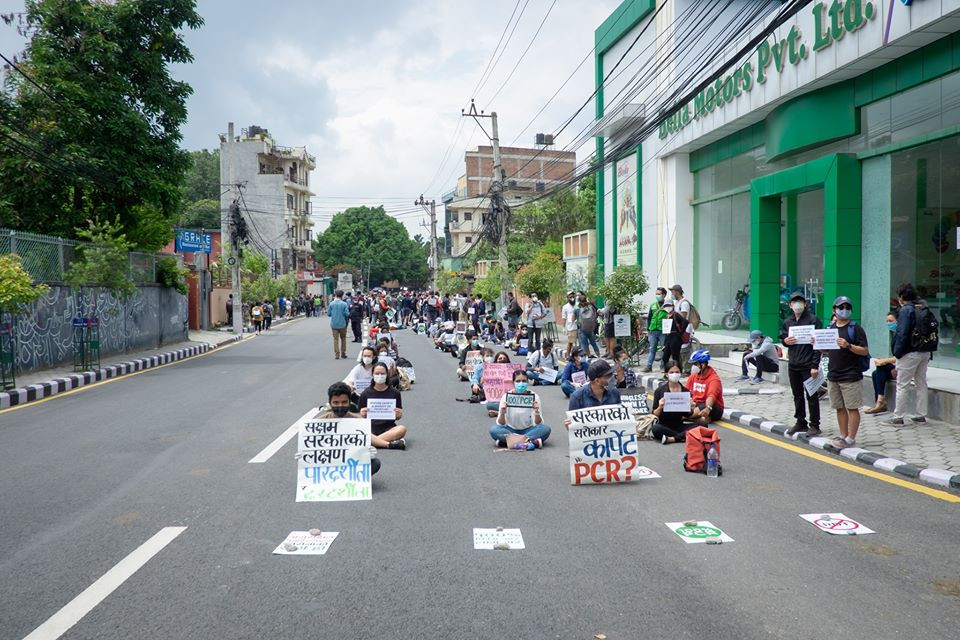 The ongoing protest has made a headline and has been the talk of the town ever since. It wasn’t something that everyone expected. Kudos to the youths for coming up with this commendable protest that demands better testing and quarantine facilities for returning migrant workers and greater transparency in government's revenue. The protest is indeed admirable for its reason but was it conducted at the right time?

The government has always shown negligence when it comes to performing their duties and managing resources properly. The citizens were furious when the Prime minister informed that one billion rupees have been spent on the COVID-19 treatment but in reality, everyone is aware of how the government is poorly managing the situation. The protest was a wake-up call to the government against its' actions.

The citizen chose to protest amidst the COVID-19 transmission fear to pressurize the government. If not now, when ? They wouldn’t be able to protest after everything is normal or even after several people have lost their lives due to a lack of proper testing.

However, with the situation around us, it is not the right time to protest. When thousands of people come together to protest, everyone is at risk of their lives. We are not sure about who is affected by the coronavirus and unintentionally, one might come into close contact with the others.  It’s not only about affecting one individual life but rather the lives of their family and ultimately their community.