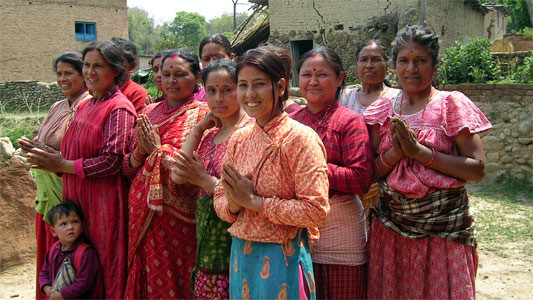 International Women’s Day is annually held on March 8 to celebrate women’s achievements throughout history and across nations. It is also known as the United Nations (UN) Day for Women’s Rights and International Peace. The day is aimed to help nations worldwide eliminate discrimination against women. It also focused on helping women gain full and equal participation in global development.

Women, as opposed to the amount of letter it has compared to men, have always been ignored and kept on the sidelines.

Talking about Nepal, let’s go back to the time when girls were married at the mere age of 7-8, the era of Sati Pratha when women were burnt alive after the demise of their husband; the ritual of Chhaupadi where a menstruating woman is forced to live in stables even in freezing cold, the time where women weren't allowed to vote.
Now, let’s observe the present condition. Sati Pratha has come to an end; women are given the privilege to study and are working in corporate offices, banks, and various other sectors; women and girls are coming out of the comfort zone that the society has stereotypically built for them.
But is it true?

The constitution of Nepal has included various women’s rights for the upliftment of women but still, those haven’t been executed yet. Equal work equal pay is written in the pages of our constitution yet women are not paid as much as their counterparts for the same job. The number of rape cases has been increasing day by day and we aren’t even aware of the cases of marital rape.

Yes, it may seem that women are walking with confidence and are chasing their dreams with the support of their family members but it’s only limited. Still, the dreams of many women and girls are kept confined within the four walls of their homes.

The condition of women is not as bad as before and slowly women are becoming independent and self-empowered and with the effectiveness of the law, not only of the city but women all around Nepal will be reaching greater heights.

Looking forward to a world that would not need to celebrate women's day to justify that women are equal. Until then,
Happy women's day!