If only love was enough 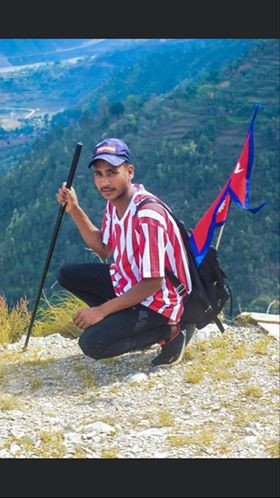 Love comes with hopes and dreams. It has its own values and language. Love makes you capable of standing up and fighting against any challenges that arrive. Lord Krishna during the Mahabharat war said, “All is fair in love and war”. This statement gives us power and motivation. Maybe, this very statement gave strength to Nabaraj, a 20-year-old boy from Rukum, who was murdered in cold blood due to caste-based discrimination.

The story started when 19-year-old Nabaraj BK met Sushma Malla in an athletics event and fell in love. Nabaraj belonged to a family which is considered as a “lower caste” in our Nepalese society. It was not easy for him when he fell in love with a “higher caste” girl. After a year, they decided to get married but the girl’s family along with the villagers did not agree. Poor Nabaraj, who tried to run away with his love, ended up sweeping away by the Bheri River- dead and gone.

We watch movies where a guy and a girl belonging to different caste or creed fall in love. Then, despite their differences, both the families unite at last. Unfortunately, reality hits hard. People are not easy just like in the movies. We’ve been blinded by beautiful stories that we forget that people get killed mercilessly for falling in love.

Nabaraj belonged to the Dalit community who are still forbidden to dream freely. They are still considered untouchable and minor. Discrimination still exists. The so-called “higher caste” people maintain a big gap with them.  Nevertheless, Nabaraj took the courage to bridge the difference. He tried to man up but the deep-rooted conservative beliefs of society shattered his soul and his body.

The story is tragic in an indefinable way. Words can’t put the level of inhumane events that happen in our society. These kinds of news we hear are shocking but not unusual. Nepal is a democratic country and it has equality laws that give equal rights to every citizen. But, we still lag behind. Is it because we’ve given lesser importance to this issue? Is it the education system or society? Sadly, the blaming game goes on and on. It’s time that we stop asking questions like those and move towards positive possibilities that could change these strongly attached unethical thoughts.

We’ve heard about a case regarding racial discrimination in the US. We are all happy right now as we saw how the white policeman who killed a black guy brutally was arrested and is taken care of. In the case of Nepal, for now, we can just hope that the five-member committee that the government assigned for Nabaraj’s case work honestly and Nabaraj and his other friends get justice.