I might not be the same but that’s not important, No freedom till we're equal. Damn, Right I support it. 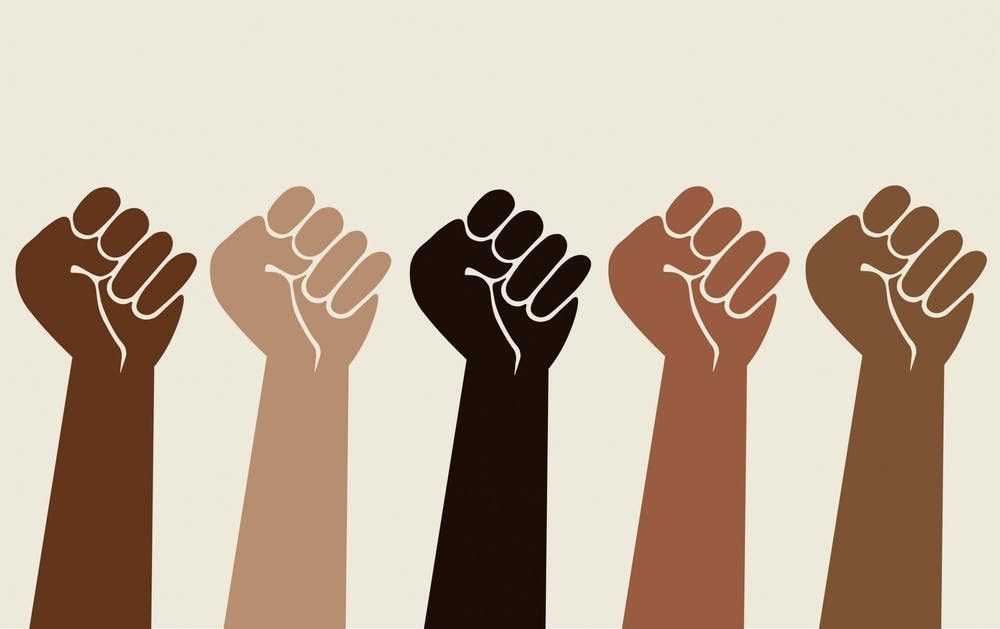 No human is born racist, it is the society that evolves an innocent child into a person differentiating between color, caste, religion, and gender. Racism is prevalent in our society since the time immemorial and it has been given continuity like a tradition, what a shame.
Various protests have been made throughout history for the end of racism but still, it prevails.

Recently the Black Lives Matter protest has escalated throughout the world bringing all the people together to bring justice for the black people. George Floyd, a 46-year-old black man, died in Minneapolis, Minnesota on May 25, 2020, after white police officer Derek Chauvin knelt on his neck for almost nine minutes while Floyd was handcuffed and lying face down on the street. Two other officers further restrained Floyd and a fourth prevented onlookers from intervening. He was being arrested on suspicion of using a counterfeit $20 bill and for a minor claim, a man lost his life. Floyd’s last words “I CAN’T BREATHE '' have been previously used by many black people who faced the same fate as Floyd. When a grown man cries out for his 'mama' (mother) during his last breath, you should know that it’s time to stop and reflect on your actions lawfully, or else why is there a law for? Rushed, indecisive and racist action shouldn’t be taken especially by a figure as a police officer. Deep down there was this fire inside many people against the irrational act of racism and it surged on the surface due to yet another murder of an immaculate black civilian. And now it’s not black vs white, it’s everyone vs racism. Derek Chauvin, the former officer who kept his knee on Floyd's neck for almost nine minutes is charged with third-degree murder and second-degree manslaughter, and recently second-degree murder was added. The other three officers -- Thomas Lane and J. Alexander Kueng, who helped restrain Floyd, and Tou Thao, who stood nearby -- are charged with aiding and abetting second-degree murder and aiding and abetting second-degree manslaughter. Though this particular case of George Floyd has gained attention from all around the world, this incident is merely the tip of an iceberg. On 17 August 2019, two Texas state troopers shot a black man 16 times and nearly blew off his head just because he failed to use a turn signal. Not just this, last year a former police officer shot dead another black man, Botham Jean, mistakenly thinking the victim’s apartment was her own. These killing-a-person-of-color cases aren't just from the US. The Floyd case has ascended the anger over the death of a black man in France, at the time he was in police custody.

Not being racist is not enough, we need to be anti-racist. Why don’t we start with our own society? In Nepal, racial discrimination has set its roots so deep that I fear it may never rot out. On an everyday basis, we are being racist one way or another. People protesting against inter-caste marriage, calling out people by their caste satirically, mocking someone for where they are from, these are some forms of racism people often face. Yes, we belong to different caste, culture, religion, ethnicity but does that really make us different from each other? After all, we breathe the same air and burn in the same fire in the end. Why don’t we embrace each other’s culture, exchange it, live it, celebrate it, and unite as one? We can’t celebrate freedom when films about equality are still in the fantasy genre.