How A Serial Killer Is Born? 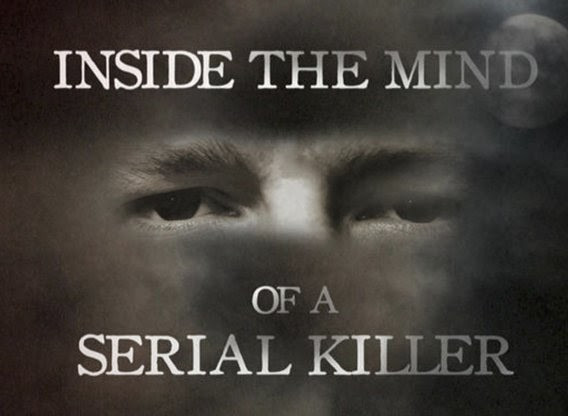 Having heard of many horrendous deeds of serial killers makes us wonder about their thought- processing. Was it the path they chose a result of their traumatic childhood or a brain deficiency? No one knows the answer to it. Scientists and psychiatrists themselves are questioning the causes of being a serial killer. A research on brain scans of 25 convicted members in 1990, showed that there was a certain abnormality found in the frontal lobe of the killers. The frontal lobe is the part of the brain that controls important cognitive skills in humans, such as emotional expression, problem-solving, memory, language, judgment, and sexual behavior. In the case of such murderers, the front lobe was found quite inactive in comparison to a normal individual. The Minnesota Twin Study is a project originally led by Minnesota Professor of Psychology Thomas Joseph Bouchard, Jr. The Minnesota twin study has shown that psychopathy is 60 percent inherited. Brain scans revealed that connectivity between the amygdala, a subcortical structure of the brain that processes negative stimuli and the ventromedial prefrontal cortex (vmPFC), a cortical region in the front of the brain that interprets the response from the amygdala was found to be low in the criminals, processing of negative stimuli in the amygdala does not translate into any strongly felt negative emotions. This gives a clear picture of why the killers feel no shame, embarrassment, and sense of repenting for their sins.

In an interview with Inside Edition, we get to see the inside thoughts of Jeffrey Dahmer. Jeffrey Dahmer is an American Serial killer who has killed and dismembered 17 young men. While the interview was going on Jeffrey confessed his thoughts, he wanted to feel the sense of power, excitement, dominance over an individual completely which drove him to murder 17 men in a decade. He states that after his first unintentional killing, he was addicted to it. The urge to feel satisfied drove him to become one of the most vicious men. Listening and looking at him talk in the interview is truly terrifying, not because of the story that he is conveying but of his calm and composed demeanor.  When asked by the interviewer if he had ever felt regret or remorse for the deeds he had committed, Jeffrey accepts regretting his acts for a split moment but the obsession and satisfaction he received from doing so overpowered the guilt.

Michael Stone is a professor of clinical psychiatry at the Columbia College of Physicians and Surgeons. He has written 10 books including The Anatomy Of Evil. In a presentation with Big Think, he talks about what ticks off a person to become a serial killer. In almost 90% of the killers, a sadistic quality of enjoying the suffering of others, love of control, and domination of others is found to be a prominent characteristic. Some are the result of abuse, influence, and negligence of parents from childhood. He talks about Tommy Lynn who was abused and neglected by his mother, having been indulged in a terrible childhood, he went around killing about 70 people where most of them were women. When professor Stone noted that the women he killed resembled his mother and asked whether in any part of his life he ever thought about harming or killing his mother? To which Tommy denied stating he could never harm his mother. This shows his loyalty towards his parents no matter how horrible they are. The same cases had been observed in many killers, they take out their trauma on others. But it’s not the case with everyone, says Professor Stone, some people were born or adopted in a healthy and loving environment but in their adolescence, they become violent and eventually lead the chain of murders. These can be explained by hereditary cause or injury in the frontal lobe. Richard Cerret of Georgia and Phil Garrido were normal kids who suffered a head injury in the frontal lobe and underwent a dramatic personality change. About 30 % of the serial killers have experienced some form of serious head injury.