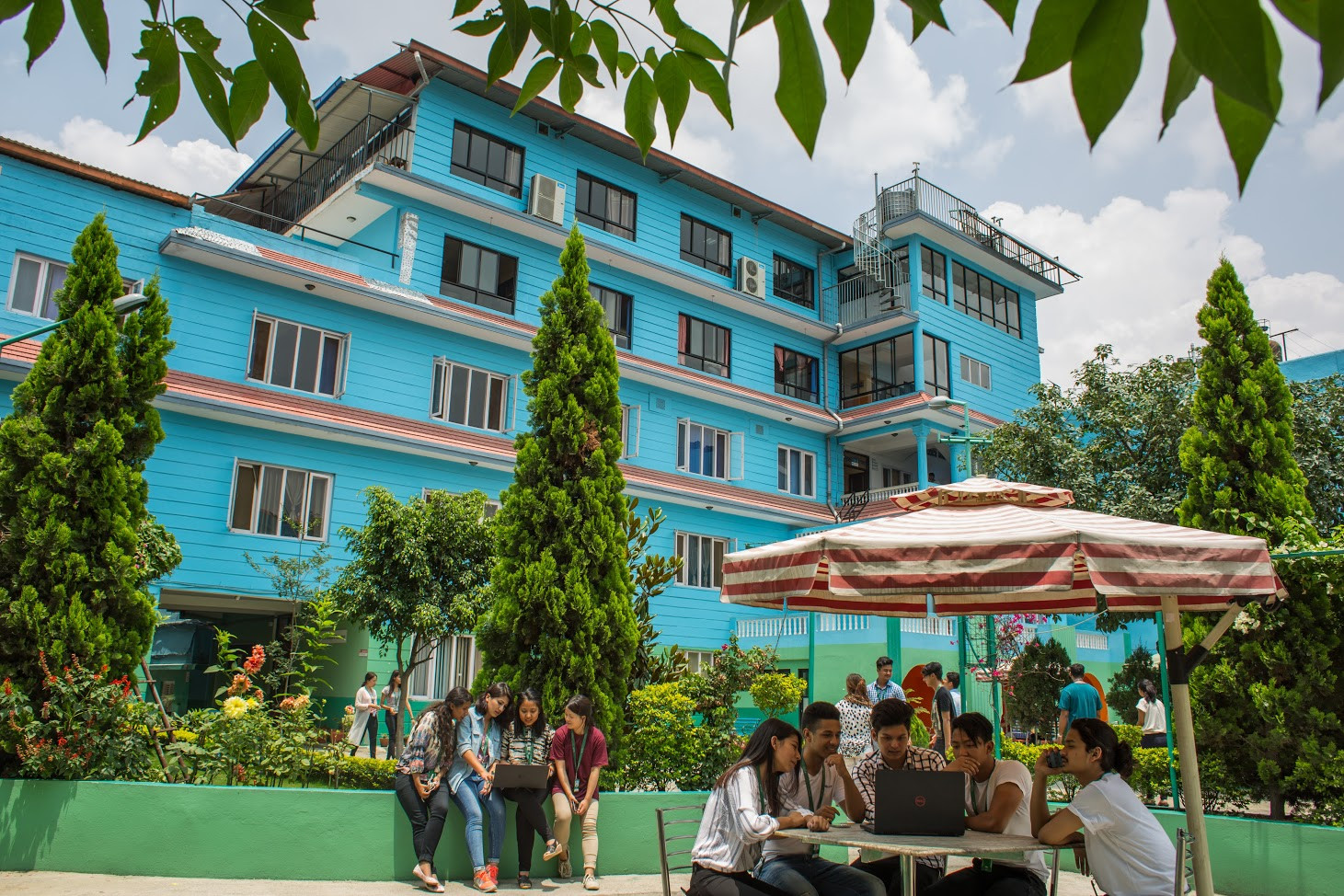 On June 20, 2017, Knowledge Sharing Session was facilitated by Digital Media Team (DMT) with a total of 40 students approximately. This was the first session conducted by DMT and it focused on how DMT was formed and what projects they have been carrying out. On July 27, 2016, DMT team was officially formed comprising of Sumit Shrestha, the head, Sharun Sangat ’17 and Abhishekh Khatiwada ’18 as interns. DMT focuses on the recording of flipped classes and podcasts, video editing, graphics designing and developing various web applications. The flipped classes are recorded on a special studio at Deerwalk Complex. The studio was made by the members of DMT considering all the essential factors such as correct sound and lighting system. A green screen is used for video recording as it was more realistic and for audio; a good quality mike is used. Initially, they had faced problems with the sound system as lots of disturbances were caused during the recording but gradually managed to find a suitable solution to it. To minimize refraction, they used egg crates. DMT frequently coordinates with the teachers of DSS for the recording, and according to their timetable, they manage the recordings. Apart from this, initially, teachers from Deerwalk Sifal School needed to be constantly guided and somebody from DMT had to be with them throughout the recording to ensure that there were no errors but gradually the teachers became acquainted with this and started recording on their own. For the recording, open source software is used as using Windows caused problems with storage capacity and time limit and for editing, they use licensed software. After making the video, they upload it as private so that only the teachers can see and with their feedbacks, the video is again uploaded to the public. Apart from flipped classes, Chautariko Basai is also recorded in the studio. Chautariko Basai runs on seven different radio channels and currently, they are on its 40th episode. Also, Kabya Kalpa is run parallel to Chautariko Basai by DMT. Also, DMT carries out various advertisements for open house sessions including making banners and animated videos. Due to this, the number of visitors for the open house session has increased. Apart from this, they had built the content based web page for job fair where students needed to enter their respective CV’s and the companies could view and select them accordingly.

“I learned the value of team spirit in this one year of experience. I gained a lot of knowledge on designing and editing which has ultimately helped in my overall growth as an individual.” – Sumit Shrestha, Digital Media Team Leader.

Thus, through Digital Media various web applications, videos could be made which would ultimately help in the development of computer science and technology. Also, the flipped classes produced would help in the betterment of the students living in rural areas where they have no access to books.