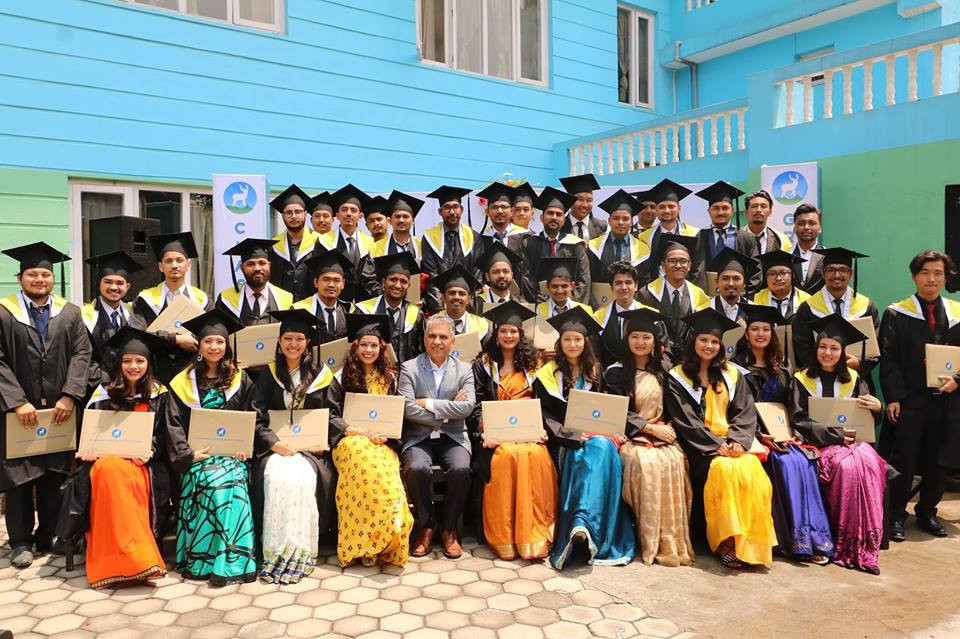 The most awaited moment for the Class of 2017, Deerutsav 4.0 was finally held on 28th April 2018. After longing days and hours of hard work, the day had come, the time for the biggest event of DWIT. The weather was not in our favor but as said 'None can stop the willers', we did not stop at anything. Everyone showed up at 8 in the morning in their formal attire. The formal event was held on the open. The event host was Aakanshya Upadhaya. Her outspoken confidence in the speech made everyone absorbed into the event. The event started off with an inspiring speech by the Campus Chief, Surendra Adhikari. The event proceeded with a speech by Ashmita Kunwa, one of the graduate, about their 4 years long experience. The sense of humor and the emotions injected into her speech made the audience laugh and cry at the same time. Bijay Gopal Shrestha, the father of Ruby Shrestha, gave a wonderful and motivating speech as a representative from the parents of the graduating class. Later on, the environment was ascended up by the speech by the Chief Administrative Officer, Hitesh Karki. He talked about the growth of the graduates right from the start of college till now. The event then continued with handing over the certificates by Dr. Rudra Pandey and then a motivational speech by him. The formal event was ended with a speech by Ruby Shrestha, batch topper, sharing all the glorious moments spend in DWIT. All the speeches throughout the event boosted up confidence into the audience and a warmth of victory into the graduates. The informal event  was scheduled right after the lunch break in Sagarmatha Hall. Everyone settled for the event and the emcees started with their humorous punch lines. The way they portrayed themselves into other fun characters was something that everyone praised . The event continued with the amazing dance numbers and singers with their very pleasing performances . The event ended with some spoken words poetry and a well bided goodbyes to all the graduates. The ritual of Deerutsav in DWIT is not so old yet so grand and organized. Everyone had worked up their sweat off to level up the intensity of perfectness. From the organizing team to the administrative staffs , from the emcees to  the performers, everyone gave their hundred percent in the event.