Crack Vs. Cocaine: Racial Discrimination and Corruption in the US 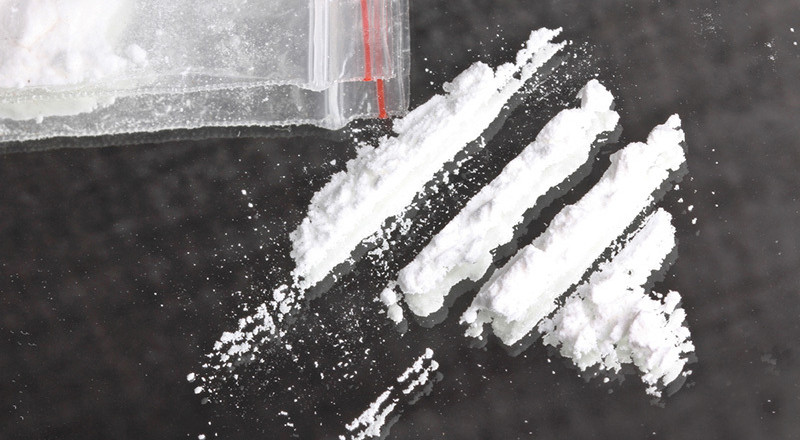 With the slogan: “Together … A New Beginning” in 1981, the Reagan presidency in The United States promised wealth and improved lives for all. But little did the people know that the proliferation of wealth for a few was at the expense of many. The Reagan Administration eliminated half a million people off the welfare roll, more than a million people from food stamps, and more than 2.5 million children from lunch programs across the United States. Because of this almost 8.5 million Americans were jobless and more than half of this unemployed population were African-American people.
Along with the economic crisis, between 1982 and 1984 the amount of cocaine entering the US borders increased by 50%. Cocaine was accepted as the “Social Drug of the Elite.” Additionally, movies like Scarface made it ‘cool’ to consume coke and made cocaine an integral part of pop culture. While cocaine was making its appearances on the silver screen, in the inner less privileged parts of the city, another variant of Cocaine was gaining popularity and this drug was called ‘Crack’.
While Powdered Cocaine is a Hydrochloride salt, Crack is pure cocaine. It is made by treating Cocaine Hydrochloride with baking soda and water and evaporating the water to extract Cocaine in a rock-like form. Adding baking soda removes the hydrochloride component making Crack Smokable, unlike Cocaine Hydrochloride which needs to be snorted through the nasal medium or injected into the bloodstream. Additionally, as the crack is smoked, it is absorbed by the lungs and is quickly absorbed into the bloodstream which makes its effects almost instantaneous.
Crack consumption in the US skyrocketed and at the beginning, it was much favored by the African-American population as it was cheaper than powdered cocaine and much easier to handle. The rampant use of Crack also made people who produced it, millionaires, overnight. As a whole, crack brought a lot of money into the less privileged households. More money gave more people guns and the violence also increased. During this era, crack related killings in the US increased by 63%.
The Instant effects of crack made it an extremely addictive drug. People started selling their clothes and even the toys of their kids to get hold of it. Countless people became homeless and an overwhelming amount of people lost their lives due to overdose or because of violence related to it. This ruined countless lives both for adults and their children. Many newborns were also affected and thus were called ‘Crack Babies.’
But there was a question: Where did the cocaine used to make all this crack come from? Despite The United States declaring its war on drugs, the drug import in the nation was increasing day by day. Luckily for us, there's an answer to that question and the answer happens to be the United States and the Nicaraguan Revolution.
Following the Banana Wars in 1912, the Somoza family rose to power and established a dictatorship in the Caribbean nation of Nicaragua. The general public dissatisfied with the dictatorship tried to organize a Marxist revolution by launching a military effort. The Americans who opposed communism aided the government of Nicaragua by supplying them with guns in exchange for cocaine. Now, you might be wondering why the Americans would do this. The answer to this question is simple. More cocaine means more production of crack and subsequently, more consumption of it. For an already racially biased nation, this was the best opportunity for mass incarceration.
Why the mass incarceration you might ask. Incarceration would mean that the prisoners must work for little to no wage. This would mean that the government would not have to invest as much money in its projects as the law didn’t ask for a minimum wage for the prisoners. Which meant that they could increase profits and get work done for almost no money at all.
As the years passed by clear racism was seen in the crack-cocaine business. It was seen that although almost two-thirds of the total population consuming crack were whites, second to none of them were arrested in this offense while the number of black people incarcerated was huge. This exposed the double standards of the US lawmaking agencies. With increased focus on incarceration, the option for rehabilitation was not even considered. Even though rehabilitation was the best option and many lives could have been saved through this route.
While crack and cocaine were certainly made from the same substance, the punishments for the possession or consumption of them were different. While a person caught with five grams of crack cocaine faced a minimum sentence term of five years in jail, a person caught with five hundred grams of powder cocaine faced the same sentence. This could be explained as cocaine was consumed by the white population while crack on the other hand was consumed by the black population. This clearly shows the racial disparity in American Society.
Even though the racial disparity has decreased and the sentencing for the possession of both of these drugs has somewhat been equalized, the scars of the past haven’t healed. Countless black lives were lost, black children were orphaned, wives were widowed because of the inherent greed and racism.