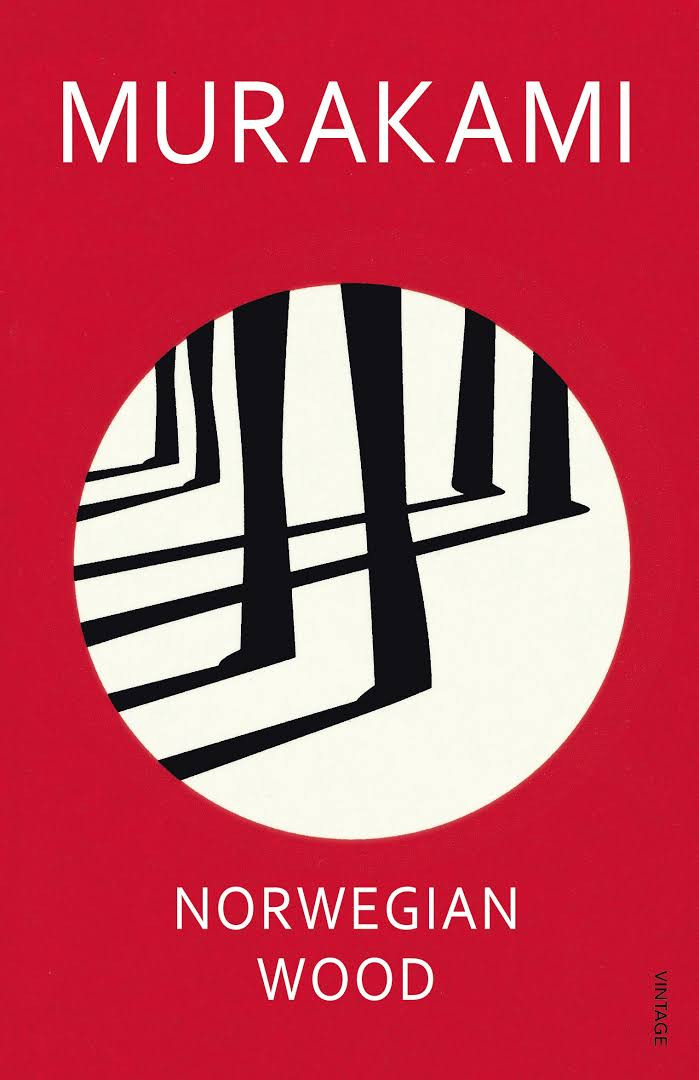 Norwegian Wood, a novel written by the Japanese author Haruki Murakami, is a coming-of-age dark romance novel that explores mental illness, suicide, and sex in 1960’s Japan. It is a triangle love story where the lead protagonist falls for two girls and has to choose one. The story is narrated by the lead protagonist and the story unfolds as the characters grow into adults and struggle with relationships, life, and mental health.

Toru Watanabe, the lead protagonist, after his friend commits suicide, leaves his village and goes to study in a university in Tokyo. Toru falls in love with Naoko, the girlfriend of his deceased friend, and later with Midori, a university friend. It is a triangle love story that revolves around awkward friendships, forbidden romance, mental illness, and suicides. However, the story has more to offer. The characters in the story are a metaphor for life and death. As Toru Watanabe faces a dilemma in choosing Naoko and Midori, he is choosing between life and death. Naoko, who is suffering from mental illness, is a metaphor for death, and Midori, who despite the tragic losses in her life is optimistic about the future, is a metaphor for life.

The book explores topics such as death, mental illness, and sex in an unfiltered way. This is a trademark of Murakami’s work. He lays these topics, that the world is too afraid to talk about, on the table for the readers to dissect. A quote from the lead protagonist depicts Murakami’s view on death:
“Death exists, not as the opposite but as a part of life.”
Suicide is a major problem in Japan and the book paints an accurate picture of the scene in Japan. In the story, four characters commit suicide and these suicides are linked to one another. The book portrays that suicide is not a one-off incident but that it takes a domino effect and it is contagious. As family members and loved ones commit suicide, the characters in the story consider suicide as a viable option to end their misery in life.

Music and literature play a vital role in Murakami’s work and it is evident in this novel. Murakami uses music and literature as tools to represent the personality of the characters. The music they listen to and the books they read reflect the worldview of the characters. It is especially true in this novel. ‘Norwegian Wood’, the title of the book, is a 1965’s song by The Beatles of the same name. It is the favorite song of Naoko and as the following quote suggests the song represents Naoko’s state of mind.

“That song can make me feel so sad,” said Naoko. “I don’t know, I guess I imagine myself wandering in a deep wood. I’m all alone and it’s cold and dark, and nobody comes to save me. That’s why Reiko never plays it unless I request it.”

Murakami, in his novels, explores taboo sex topics such as incest, rape, and sexuality which is a representation of sex culture and laws in Japan. Japan has the lowest age of consent, 13 years, among the developed nations of the world. In this novel as well, a 13-year-old lesbian girl rapes a 31-year-old married straight woman. Murakami depicts this sexual encounter in a very pornographic detail which can be disturbing to read. Murakami often objectifies the human body and genitals and describes the sexual experience at an emotional level.

Norwegian Wood was the book that kicked off Murakami’s career as a novelist and I finished reading this book in one sitting. In Norwegian Wood, Murakami paints the character very well and the reader is sucked into their life. The readers dive into rich and eventful backstories of the characters helping the readers to form an image of the characters. The characters’ music, literature, fashion, and food choices also aid in that process. As the events in the characters’ lives unfold and intertwine with each other, readers are hooked to the story. If you love a dark, romantic, coming-of-age novel, this is a highly recommended read.