Australian Bushfire: How it all Started? 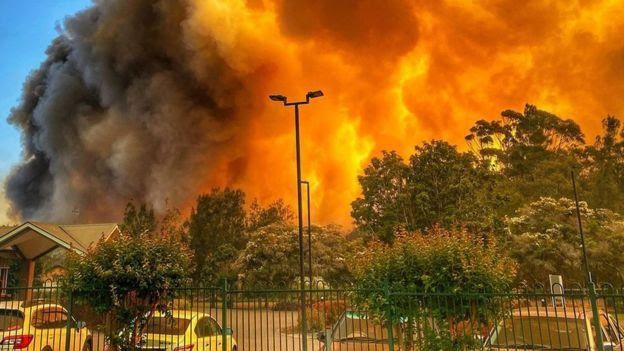 Since September, 15.6 million acres of Australia have burned in one of the country’s worst fire seasons on record. The fires have now killed at least 27 people and destroyed almost 2,000 homes. It is estimated that 1 billion animals have been lost, and scientists fear long-term damage to many ecosystems.

But how it all started?

Australia has always experienced bushfires- it has “fire season”. But this year, they are a lot worse than normal. In general, the bushfires tend to occur when the lightning strike and heavy fuel loads in Eucalypt forest have dried out. This phenomenon occurs in the hot season when there is less rainfall. Since the rising levels of CO2 are warming the planet, which results in melting glaciers and increasing the temperature of the planet. This year, Australia set a new temperature record: an average maximum of 41.9 °C which was recorded on the 18th of December 2019. This led Australian to ask how closely the fires can be linked to climate change.

But climate change is partly to blame for Australia bushfire. Climate change is not the cause for bushfire to occur. But it acts as a catalyst to becoming more frequent and intense. Scientists have long warned about the hottest season and the chances of the occurrence of severe bushfire. In April, 23 former fire chiefs and emergency leaders issued a letter, warning the government about “increasingly catastrophic extreme weather events” and requested a meeting which was declined by the government. Now that the bushfire has occurred, Prime Minister Scott Morrison refused to answer a question about climate change saying “My only thoughts today are with those who have lost their lives and their families”.