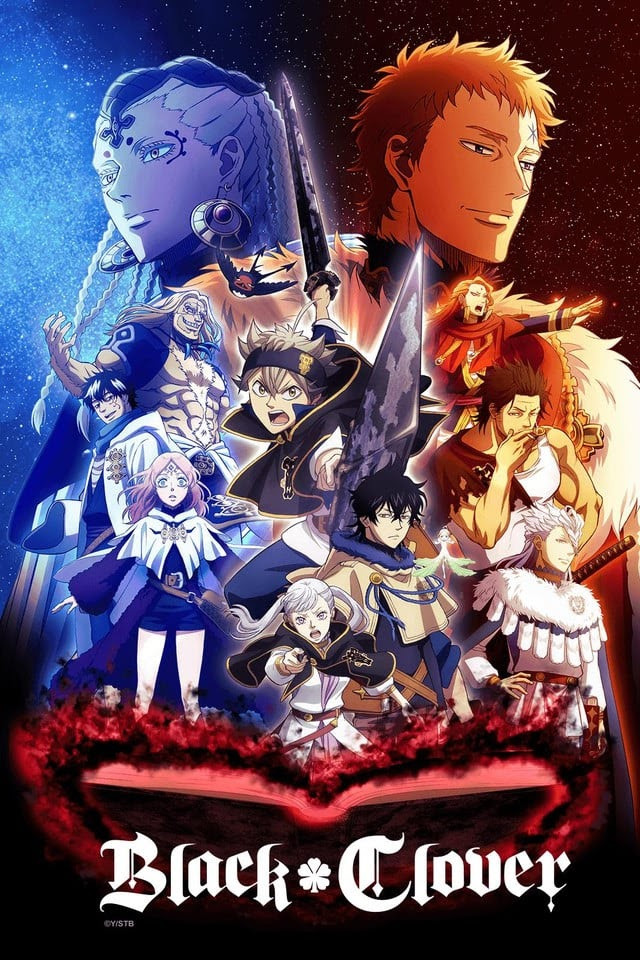 “The leaves of a clover are said to each contain one thing. In the first three dwell integrity, hope and love. The fourth leaf is given over to good luck and in the fifth...there lives the devil.”
-Black Clover

Being confined inside home for so long gave me the opportunity to finish the number of books, movies and animes waiting in my recommendation list. In the world of shounen anime where already the OG’s Naruto, DBZ and One piece have marked their territory, Black Clover is rising slowly and steadily. The story follows our main protagonist Asta, a magic-less child born in a world where magic is power who aims to become The Wizard King. The rivalry between Asta and our second protagonist Yuno may seem like something that is found in any other shonen anime but there is a different charm here. Both raised in a small church at the outer realm of the Clover kingdom, share the same dream of becoming The Wizard King (the most powerful wizard of the nation.), the latter inspired by the former. They are the polar opposites, Asta is short, obnoxious, loud and magic-less whereas Yuno is quiet,smart and a powerful magic user. Power arises descrimination, the weaklings are looked down upon by the ones who hold power, position and fame. Here too the royals and nobles look down upon the commoners and others who use average magic. The roots of decrimination can’t be abolished immediately but there are people who are trying to bring equality in society. There are commoners like Asta and Yuno who are trying to prove their worth. Along the line as the story gradually progresses we can sense the slight change in mentality of the people. The story lines, plots and arcs are absolutely amazing. Starting from the Magic Knight entrance exam to the battle with elves and demons, Black Clover will make you binge watch it, anticipating what’s going to happen next. Clover kingdom being surrounded by other powerful kingdoms, The Spade, The Diamond and The heart is always on the edge protecting and fighting from the unknown power unleashing from the neighbouring kingdoms. One arc after another is a stepping stone to something much more exciting and thrilling. Ranging from comedy to friendship to bond between comrades to insanity to exceptional battle scenes, you can observe every slice of it in Black Clover. Each and every character has their own story and hardship. Some have been swept away by the sea into a foreign land, some despite being royal have no faith in themselves, some wanting the taste of becoming the strongest fall into pits of darkness. Although you might say that so does every other shounen anime but you’re not correct, Black Clover will take you on a wild ride full of anger, furiousness, love and power. I personally loved watching Black Clover and not to mention the absolute banger Opening songs. If you are interested in watching shounen anime then you might want to give Black Clover a try.