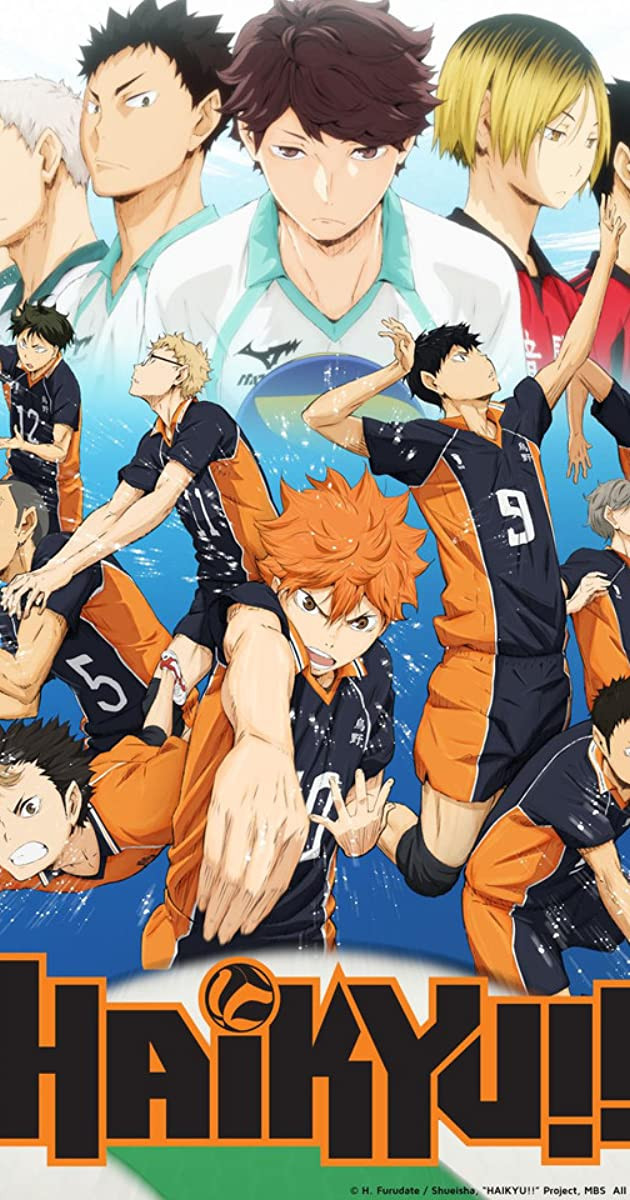 In general, people limit themselves to what they think they can do. But the only limitations you have are the ones you believe.

Haikyuu starts off with Hinata Shoyo, a Junior High student, who catches a glimpse of the national high school volleyball tournament, in which he is captured by the match. He gets hooked on after watching a spiker smash through and who the commentators call a “Little Giant”. Despite having a short build, Hinata has good athletic abilities and an impressive vertical jump. He joins his school’s volleyball team. In his first official match, he loses a crushing defeat against another school, Kitagawa First, where he meets Kageyama Tobio. They part ways after the match as rivals.

Kageyama is known as the King of the court or what can be understood as an oppressive king. He is a prodigy of a setter in volleyball. But due to his dictatorship in the games, his teammates do not get along with him. Kageyama being a not-so-skillful communicator reacts by telling off his teammates or keep pushing them more. So, Kageyama and his team don’t exactly see eye to eye. In one match, his teammates completely left the set tossed by Kageyama when the team were at match point. It had a deep impact in Kageyama—a void he could not fill. All he was trying to do was win the match and stay in the court the longest.

After graduation, Hinata gets into Karasuno High School. Kageyama applied there as well. Their rivalry comes in the way at first and they do not get along at all. They even get kicked out of the volleyball gym on the first day. Hinata sucks at volleyball skills other than jumping, and speed. But he never gives up. He has the determination and tenacity to win and never give up and the desire to stay in the court the longest – something Kageyama shares in common. Kageyama acknowledges Hinata after seeing this side of Hinata and their relation between the duo gets better. They do get in the volleyball team.

As the story progresses, we see the bonds between the teammates grow even stronger. We see each character developing on his own. The struggles they are facing and how they overcome it along with their teammates can’t help but make the viewer feel a sense of closeness and bonding with the characters. Kageyama overcoming his former past and Hinata saying “I am here” when Kageyama is about to set is one of those moments which send goosebumps down the spine.

The viewers not only experience each character developing more mature as time passes but also see the characters overcoming their insecurities, their past and channeling it into their strengths along with their teammates to become better. The development is met with exciting and humorous plots along with some teary heart touching ones. Many moments are superhuman or completely unachievable but there are many more where we can see the resemblance with our lives -- we can totally relate to what the character is going through.

As the story progresses, the team faces on other teams from different schools. Every match promises a burst of excitement and adrenaline. The characters thinking about their moves, the opponents thinking up their next move and strategies, the momentum of the game, the despair of losing, the excitement of winning captivates the viewer making the viewer a part of the team rather than just a spectator. One cannot even make out how fast the episode ends. And we just keep wanting to watch more.

This article is only an introduction to the anime. Haikyuu is in its 4th Season, the latest coming out on Oct 3rd. So, do watch this. You will not regret it! You can watch Haikyuu on Netflix as well as other anime sites.