A Second Plane Hit the Second Tower. America is Under Attack. 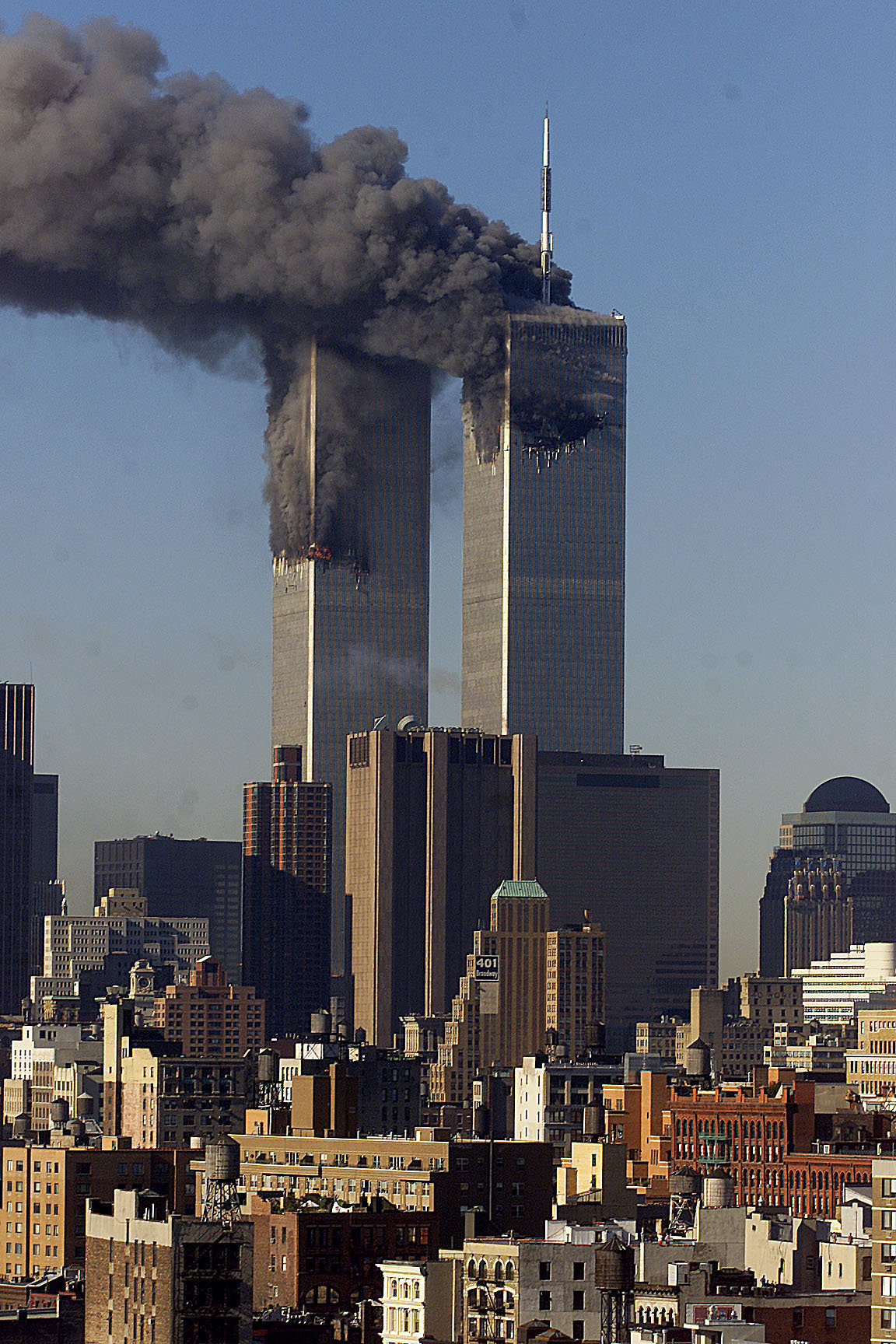 “A second plane hit the second tower. America is under attack”, these were the words addressed to President Bush by Andrew Card, White House Chief of staff on September 11, 2001. Often referred to as 9/11, were a series of coordinated terrorist attacks by the Islamist terrorist group Al-Qaeda against the United States on the morning of September 11, 2001. One of the deadliest terrorist attacks ever witnessed by history was 9/11.

The horror was unimaginable. Both the towers collapsed into dust, taking the lives of 2,753 people. Workers were being rescued and evacuated from the building but no one knew for how long they could continue before the 110- storied tower collapsed. 343 firemen who were rescuing the victims got caught in the collapse and lost their lives. The total death count along with the 19 Al-Qaeda terrorists was 2,996.

Stunned with horror and fear the witness of 9/11 claimed that the event would haunt them forever. Here are some of the survival stories of 9/11:-

-Brian Clark and Stanley Praimath:-
Clark witnessed fireballs coming from the adjacent North tower, soon his colleagues were peering out of the window describing the sight of people jumping off the building. One of his co-workers was traumatized having witnessed such terror. Clark took her to Women’s room inorder to regain her composure which led into saving his life as at exactly 9:03 a.m, United Airlines Flight 175 crashes into the southside of his tower, only few floors below the spot on the trading floor, where clark had been standing only moments ago. After the hit, remaining survivors along with Clark descended the floors and heard the faint cry for help from Stanley Praimath in the 81st floor.
Praimath was a very religious man and had deep faith and belief in god. After the initial hit in North tower he evacuated the building but was told by the security guard to go back to his office as the building was safe. Once he arrived at his office on the 81st floor, he was on the phone when he noticed the jet was coming straight for him. He hurriedly leaped under his desk, the air was thick with cement. Being a religious man he had his bible on the desk he was under and prayed all-mighty to save him. Miraculously the only thing left there was the desk he was hiding under. Dust and smoke covered the room, the cables had fallen down and fire was starting in different places. Either I will suffocate and die or be burnt alive, he thought to himself and cried for help. When Clark found Praimath there was a wall between them. Praimath tried to go over the wall but failed and finally with all his might he punched the wall making his hand appear on the other side of the wall where Clark was. Clark got hold of his fist and pulled Praimath will all force, as a result Clark fell on the floor and Praimath on top of him. Praimath thought his prayers were heard and kissed Clark in relief claiming him as his brother from that day.

Linda Randazzo:-
Linda Randazzo was on the 35th floor of World Trade Center Tower 1 on the morning of September 11, 2001. She tells her story on the Daily Morning News. September 11, looked like any other day but little did she know her life was going to change forever. She was in the north tower which got hit first. BAAM! Her office shook, everyone was terrified and shocked, no one had a slightest clue to what was going on. Her manager asked everyone to  escape the building at once but her friend wasn’t back from the washroom. They took the opposite route then the one they were supposed to take in order to find her friend but she wasn’t there. The gas pipelines were on fire, so they thought it was a gas explosion but the outer walls of the building had dented in a C shape. The only escape route was an external staircase and there she came to know a plane had crashed the tower. She felt sick and in pain. They had to descend down the narrow staircase one by one but her legs were weak. She prayed to God to help her pass through this disaster, she just wanted to be out of the building and go home. When they reached the ground floor, she said she remembered each and every face of the firemen who were going upstairs as they were heading down and even though they were trying to maintain a solemn expression they knew they weren’t going to make it down alive.

These were few of the fortunate people who managed to get out safely but many lost their lives in the destroyed, terrifying, collapsing architecture. Many brave firemen and law enforcement died while saving others. Who would have thought that a normal september 11 would bring them such hardship and panic. People who witnessed the attacks from outside say that the event was as if taken out of an action movie. The terror felt was almost unbelievable, planes crashing, people hopelessly jumping out of the building, towers collapsing, it’s not a scene a person would like to remember. It’s been 19 years since the 9/11 incident but still the nightmerish event hasn’t been forgotten by the people.