A brief outlook on Mass Hysteria 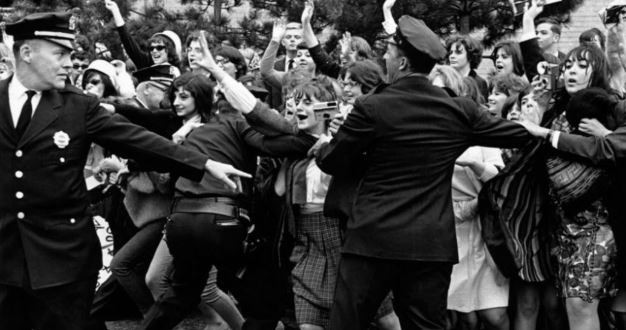 Mass hysteria, also known as mass psychogenic illness, collective hysteria, or collective obsessional behavior is a phenomenon that causes a group of people to have similar illusions of threat or sickness. It has taken different forms since ancient times. Many strange and atypical acts have been marked in different years, which has baffled the medical sector.

In the middle age, a confounding case of mass hysteria gripped a secluded convent in France. It started when a nun began meowing like a cat for several hours. Shortly, other nuns got involved in this act, leaving the surrounding community astonished. They stopped after being threatened to whip by the soldiers.

In 1518, the streets of Strasbourg, France was flooded with people dancing. A woman named Troffea suddenly began to dance in the middle of the street and no time later, 400 people were found dancing in the street. To solve this issue, doctors and the government allowed them to continue with their dance, hoping that they would eventually stop( The iron sharpens the iron logic).
Moreover, the governor of the city even built a stage and provided bands for the people to dance. They would dance continuously and only take rest while sleeping or eating. As a result, many people died on the spot due to exhaustion and cardiac arrest. To stop such plagued people from dancing, they were forcibly relocated from the streets to the shrines to pray to St. John, the Baptist, or St Vitus, to free them from this curse.
Further, in many places like Italy, Holland, and Switzerland, this dancing plague was spotted.

In 1962, three schoolgirls began laughing uncontrollably for hours. The laughter spread to other children and became so extensive that the school was forced to shut down. However, it didn’t end there. The laughter flu caught the entire village and also the nearby villages. It recorded around 1000 cases along with the closure of 14 schools. As a result, it brought a huge psychological effect on the students.

On November 16th, 1938 in Halifax, England, two women reported an attack by a man with a sharp razor blade, to the police. After a few days, more cases were reported. The police couldn’t find anything in the crime scene, so detectives from Scotland were hired for the task. During the interrogation, the truth came to light; the victims had injured themselves after hearing about the so-called Halifax Slasher. For indulging in false accusations and spreading fear among people, some of them were given a prison sentence.