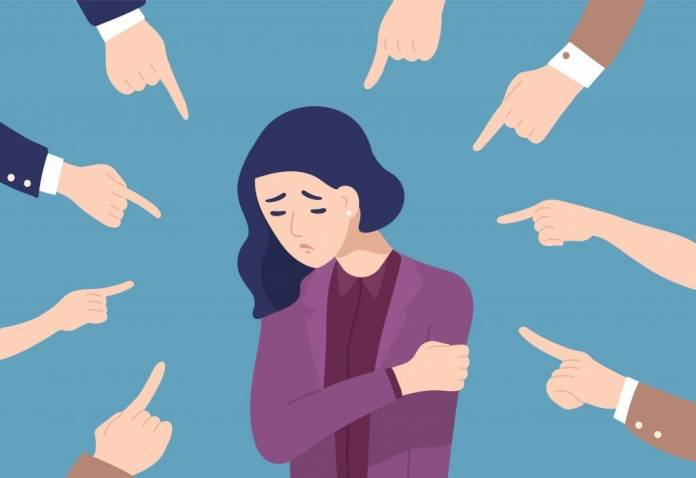 Every time a victim gains enough courage to speak up against their perpetrator, there are always a few people who are quick to point their fingers at them. The people who are harmed by violent acts often receive negative responses from others. Even when there is enough evidence and confrontation from the accused themselves, people still go after blaming the victims. Why is it that some victims and survivors of violence and assaults get blamed for what has happened to them even though they are not at fault?

Victim blaming is a devaluing act that occurs when the victim of a crime or an accident is held responsible for the crimes that have been committed against them. This blame can appear in the form of negative social responses from the media, society, immediate family members, and other acquaintances. Any time someone questions what a victim could have done differently to prevent a crime, they are involved in victim-blaming.

A victim of violence or assault is often blamed for the situation they land up in. People never leave any chances to tell them that they did something wrong, or they didn’t do enough to avoid or stop such situations. Telling the victim that they shouldn’t have consumed alcohol, trusted a stranger, gone out late at night or stayed over at someone’s place, should have dressed a certain way, or asking them how hard they tried to stop it, why didn’t they come out and spoke about it sooner or didn’t they figure out the intention of their predator, are all examples of victim-blaming.  It’s so easy to tell the victims that they should have done something to prevent the situation they landed up in, when in reality, unless you face the situation yourself, you don’t know and are unable to comprehend what they had to go through.

Oftentimes, the perception of the individuals who blame the victims is that good thing happen to good people and bad things to bad people. When people with such beliefs view victims, they believe that their victimization was a result of some fault of their own. Holding victims responsible for their misfortune is partially a way to avoid admitting that something just as unthinkable could happen to you even if you do everything “right” to avoid such situations. People reassure themselves by thinking, "Because I am not like the victim, because I do not do that, this would never happen to me." People blame victims so that they can continue to feel safe themselves.

Victim blaming can have many negative and devastating effects on the innocent victims, who have been deemed at fault even though they bear no responsibility for the crime which has been committed against them. Victim blaming can lead to increased and unnecessary suffering for the victims. They might even start believing that they were at fault and blame themselves for the incidents. Victims who receive negative responses and blame tend to experience greater distress and are less likely to report future abuse. On a societal level, it means fewer crimes get reported and fewer predators get prosecuted.

It is important for everyone to understand that no one has the right to bring other people down. If you cannot support someone who speaks up against their perpetrator, then you shouldn’t even blame the victim. The amount of courage the victims gather to speak about the incident is unimaginable. So the next time you blame any victim, remember what state of mind they might be in. It’s already hard for them to overcome such terrifying incidents, and you, blaming the victim, makes it even harder for them. As a result of victim-blaming, it can be very difficult for victims to cope when they are blamed for what has happened to them.

Crime is all about violence, assault, abuse, power, and control. It needs to be clear that no one deserves to be a victim. More importantly, we need to understand that victim-blaming is neither effective in resolving problems of violence, nor in protecting the victim from further victimization. Blaming the victim cannot stop future generations from continuing the cycle of abuse. It is important that we shift the focus of our blame from the victim of the crime to the perpetrator, in order to ensure that the offender takes responsibility for the crime they have committed, and the victim gets justice.

The Psychology of Victim Blaming