The Fall of Kabul 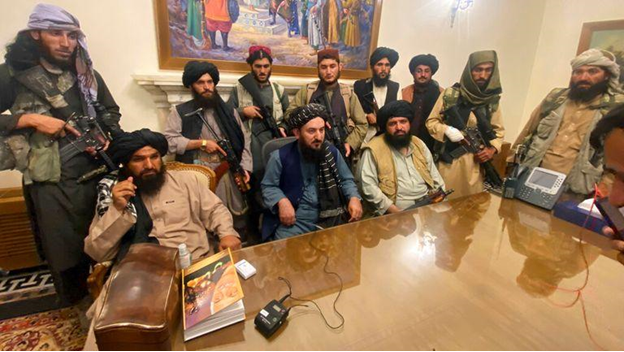 President Joe Biden announced the full withdrawal of US troops in Afghanistan starting from May 1st,2021.  Just four months after that, yesterday on August 15th evening, the Talibans gained full control of Afghanistan. Thousands have left their homes and many more are crowding the Kabul Airport. Videos have surfaced of the chaos in the Kabul airports as thousands are on the runways and holding on the sides and wheels of the planes in an attempt to flee the country.Many Embassies have evacuated their staff and personnel.

The fall of Kabul means the Talibans have full control over the country. They will be leading Afghanistan following the Sharia or the Islamic law. During their rule before 2001 US-led Operation Enduring Freedom, there were strict and unhumanitarian rules which governed Afghanistan. Some of the major atrocities by the Talibans were Massacre Campaigns,Human trafficking,Oppression of Women, Violence against civilians, cultural genocide, restrictions on Modern Education.

The 20 years of efforts and almost 1 trillion dollars spent have been in vain. It is a dire situation for the citizens of Afghanistan. The Taliban’s rule means the country will fall back 20 years ago where the citizens were oppressed, there were strict unhumanitarian laws and the brute laws were especially oppressive and unjust for the women. They could not attend schools or universities, they could not be seen without a relative accompanying them while walking on the streets, they were required to wear a Burkha at all times. If they failed to do so, they would be publicly whipped or punished publicly.

The Taliban’s capture also means other extremist groups will thrive in the country and we might even see an increase in terrorist groups. What we are seeing now is the downfall of Afghanistan and the 20 years of efforts and the shattering of hope -- a hope of a country with freedom for its citizens.
References:
https://www.bbc.co.uk/
https://www.aljazeera.com/
https://en.wikipedia.org/wiki/Taliban