The Fall and Rise of the Taliban (Part-2) 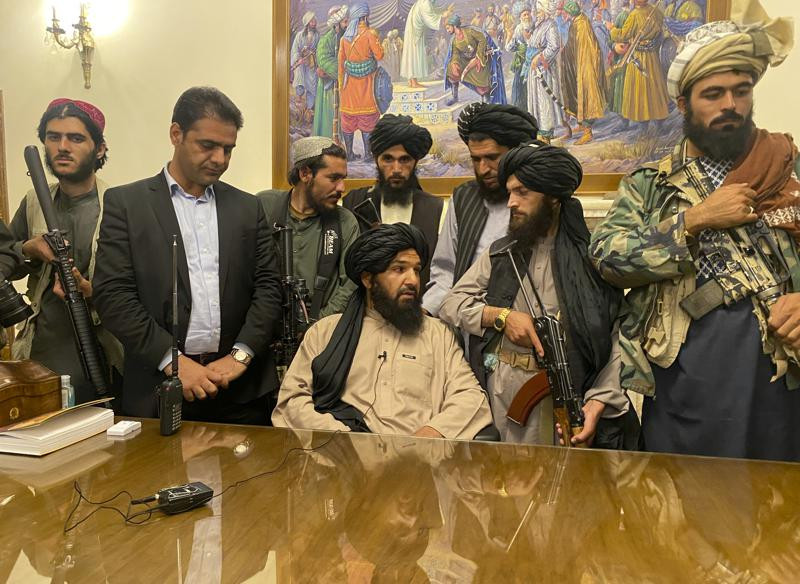 In 2001, an international coalition led by the US invaded Afghanistan and removed the Taliban regime, forming a new government in the country. At the height of the conflict around 130,000, NATO troops were present on the ground in the theatre of conflict. 3000 coalition troops, 70,000 Afghan security forces, and tens of thousands of civilians were killed in action. After 20 years of conflict, the Taliban is in control of Afghanistan again.

On September 11th, 2001, people throughout the world watched in horror as 4 commercial aircraft crashed into different locations of the United States. To date, this is known as the deadliest terror attack on US soil. Before 9 am, a Boeing 747 aircraft crashed into the north tower of the World Trade Center which was initially thought of as a terrible accident. 18 minutes later, another plane crashed into the south tower which then shifted the view to a possible terror attack. A third plane crashed into a section of the pentagon. The fourth plane crashed into a rural area of Pennsylvania due to the actions of the passengers who apprehended the terrorists on the flight.  Around 3000 people were instantly killed in the attack, and the hijackers were identified as terrorists from Arab nations. The assailants were soon identified as Al-Qaeda, an Islamic militant terrorist network that was founded by Osama Bin laden. Within 10 days of the attack, the 43rd president of the United States Geroge W. Bush addressed the nation and declared a war on terror. He stated, “ Defeating terrorism is now the world’s fight.”

The leaders of Al-Qaeda had established bases in Afghanistan since the 1990s, where they ran training camps. The US government issued an ultimatum demanding the Taliban government to hand over Al-Qaeda personnel and close the camps. When the Taliban refused, after a month of the 9/11 attack the invasion began as the United States launched airstrikes against Afghanistan. American special forces fought alongside the former Mujahideen groups known as the northern alliance. With a combined effort, the Taliban were forced out of their strongholds in Sarasurif, Kandahar, and Kabul. Despite the fierce fighting in the Tora Bora mountains, Bin Laden escaped capture and fled to Pakistan. With most of Al-Qaeda driven out of Afghanistan along with Bin Laden and the Taliban regime at an end, it seemed as though the US had achieved most of its objectives. However, the troops stayed behind.

A new government was forged, to support it ISAF(International Security Assistance Force) was set up. Led by the UK including countries such as the US, Canada, Germany, Australia, and Newzealand ran provincial reconstruction teams for the wide-scale rebuild of the country. At the time, US forces were still in combat with remnants of Al-Qaeda in small skirmishes. To avoid being looked upon as occupants, the US initiated efforts on stabilization. In 2002, the US shifted its focus to Iraq. George W. Bush gave an ultimatum to Saddam Hussein and his sons to leave the country within 48 hours. The following year President Bush announced the end to major combat operations in Afghanistan and mentioned the upcoming period of stabilization and reconstruction for the country. The coalition countries had hoped for a positive beginning for Afghanistan as they supervised different sectors to help in rebuilding the nation, but the progress was slow. President Ghani selected former Mujahideen warlords for government positions. American counter-terrorism operations continued in the region as they fell out of favor of the populace due to civilians casualties. During this period, the Taliban re-entering the region started gaining support from the inhabitants.

For the next 10 years, the American, British, and troops from different countries set up FOBs throughout Afghanistan to deter insurgencies. The militaries had to adapt to the unconventional war tactics of the insurgents.  A large number of soldiers and resources were lost in the fight against insurgents. Finally, on May 1st, 2011, Osama Bin Laden was killed in Pakistan by US Navy Seals which brought an end to Al-Qaeda. President Obama announced the death of Osama Bin Laden and the beginning of the withdrawal of US forces from Afghanistan. Similar announcements from other nations soon followed as the British Prime Minister David Cameron set forth that all British combat missions would end by 2014. Efforts to train Afghan forces were prioritized to defend against future Taliban and Al-Qaeda remnants.

By 2010, there were more than 130,000 personnel in the Afghan army. Some units had started leading counter operations against the Taliban. Several high-profile green-on-blue training attacks were conducted by the Afghan military on the international troops which highlighted numerous flaws. In 2012, the Taliban launched a large-scale operation against the ISAF and Afghan forces. Afghan casualties soared as they replaced the international troops in the field.

Civilian casualties remained high as they were targets of indiscriminate IED attacks. American and NATO forces officially ended their combat missions in 2014 and handed their bases to the Afghan forces. In 2015, NATO announced the start of its ‘Resolute Support Mission’ to offer continued military training and support, particularly in artillery, logistics, medical, counter-IED, and intelligence.

Despite continued international support, the Afghan forces were unable to prevent further Taliban expansion. A major Taliban offensive in Helmand almost led to the loss of the provincial capital in Kabul. In 2018, US airstrikes increased in the region but to no avail could reverse the Taliban advances. The military situation seemed to be at a stalemate. Through 2018 and 2019, efforts to find a negotiated end to the conflict were increased. In 2020, the Americans and the Taliban signed a peace agreement in Qatar. The terms included the withdrawal of American and NATO troops from Afghanistan while the Taliban pledged to prevent Al-Qaeda from operating under Taliban-controlled areas. Soon after, talks between the Afghan government and the Taliban were initiated in September of the same year.

In 2021, the new US president Joe Biden announced the withdrawal of the remaining 2500 US forces. Since then, the Taliban have taken advantage of the situation, capturing territories in rural areas before moving to the cities. At present, most of Afghanistan is under Taliban rule as militants can be seen on the streets of Kabul. The capture of the country was met with low resistance and achieved with shocking speed. Panjshir is currently the last hold out of the NRF(National Resistance Front)  against the Taliban and is under siege. The international airport in Kabul is in chaos as evacuation is taking place hastily. Several civilians and military personnel have lost their lives around the airport. Furthermore, suicide bombings have taken place against the US military forces where 13 personnel lost their lives with several civilian deaths.

Currently, the entire world has their gaze upon the situation of Afghanistan and hope for a better outcome.