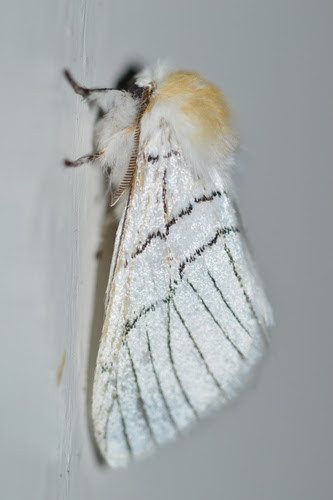 Seasonal hyperacute panuveitis (SHAPU) has been reported only in Nepal Since 1975. SHAPU is a mysterious eye disease occurring every odd year since 1975 predominantly in children. It has been described to occur between the end of monsoon season (August –September) and the peak of winter (December-January), but recent evidence has shown that it actually occurs every year in either the summer or autumn months. It is one of the most devastating intraocular inflammatory diseases which starts from itchiness, redness and eventually leads to total loss of eyesight within a week.

In the 1980s, it was studied that the exposure to Tussock moths was the primary risk factor for the disease but later, other studies reported Gazalina moths as the suspect. In a few patients tiny hairs of the moths have been identified in ocular structures including the cornea and anterior chamber. Epidemiological study conducted in SHAPU 2017 Outbreak has confirmed the white moths are the potential risk factors of SHAPU. The history of direct contact with these white moths leading to Hyperacute Panuveitis has been reported, indicating the white moth to be the most important factor found. The moths might serve as vectors, carrying plant material acquired during their feeding time and this material may be the responsible agent that can induce infective and or immunological reactions within hours of contact with the eye leading to hyperacute uveitis. Similarly, the spines and hairs of female moths has been found to bear toxic materials (histamine, acetylcholine, venom, pro-inflammatory products of cyclo-oxygenase, vaso-degenerative and fibrinolytic effects, serine proteases and pro-coagulant toxins) for natural protection of their eggs which is capable of causing immediate hypersensitivity reactions in susceptible individuals.

This year too white moths have been found swarming in different regions of Nepal making the cases of hyperacute panuveitis rise up.The disease is almost always unilateral with rapid and profound loss of vision. Starting with just mere red-eye with little to no pain, this quickly escalates into something more frightening within days. A case report during October 2017, a 25-year-immunocompetent male presented with redness and deteriorating  vision in right eye for 5 days. The symptoms developed the next day after he had rubbed his right side of forehead with the wall curtain from where a striated white moth fell down over his face. He developed rashes around the forehead with painless redness with decreased vision of right eye the next day. He had consulted the local hospital where he was documented as acute anterior uveitis with fibrin and hypopyon and started with topical intensive steroid. Several similar cases have been reported following exact repetition of scenario making it vivid the role of white moth.

The only preventive measure to be found till date is avoiding contact with moths during the seasons of epidemicity. Awareness to the general population to be away from the white moths, wash hands immediately after accidental moth contact, and to minimize the use of white lights where the moths get attracted is being done to reduce the case of SAPHU.