Must Visit Places In Pokhara 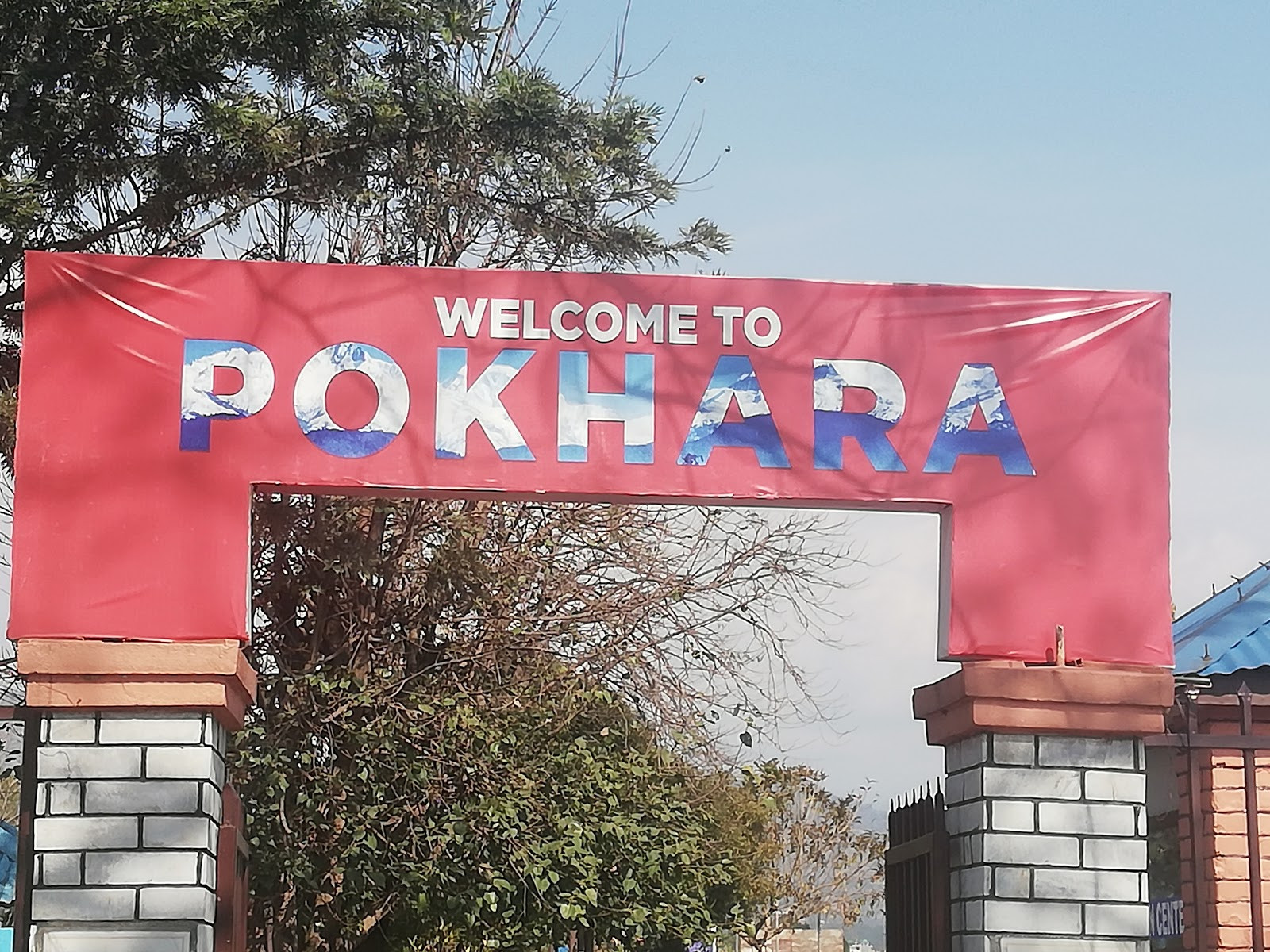 Must Visit Places In Pokhara

Pokhara is one of the most beautiful cities of Nepal.The major source of  attractions for the visitors are the greenery ,the mountain ranges , lakes and so on .Here are some wonders  to visit in pokhara.
Video File : Drive Link
Beautiful Machhapuchhre mountain  as seen from the rooftop of my house Birauta,Pokhara 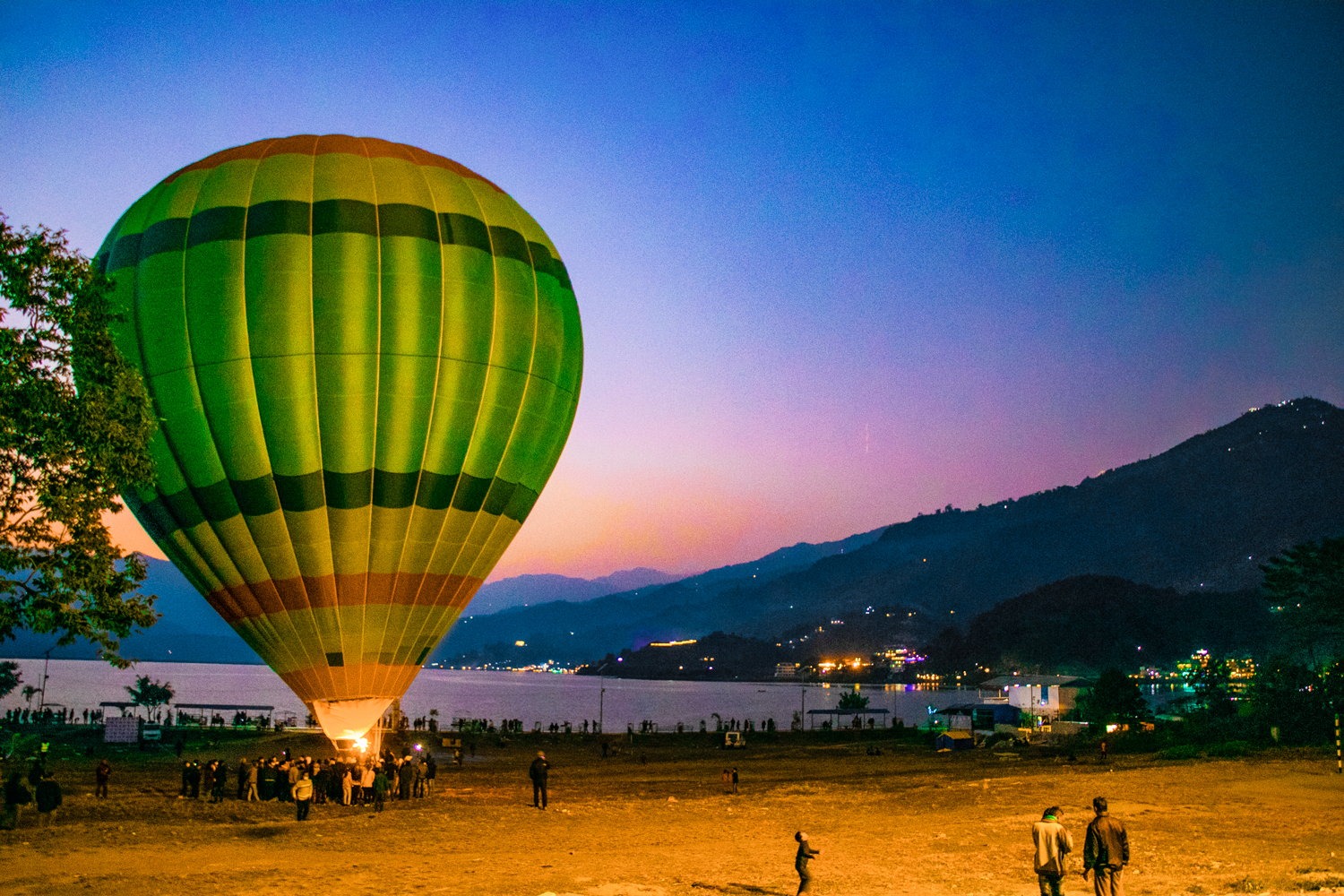 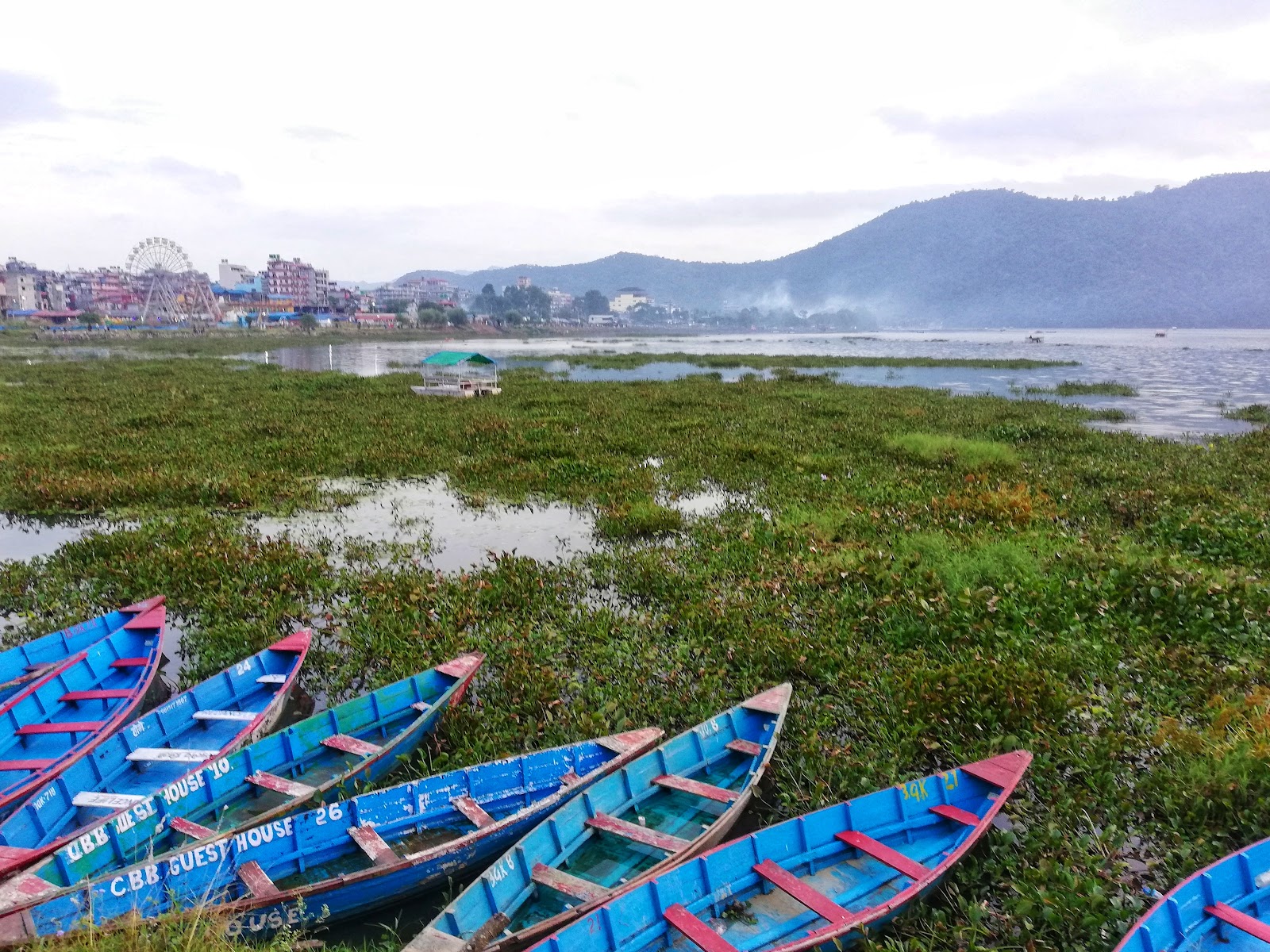 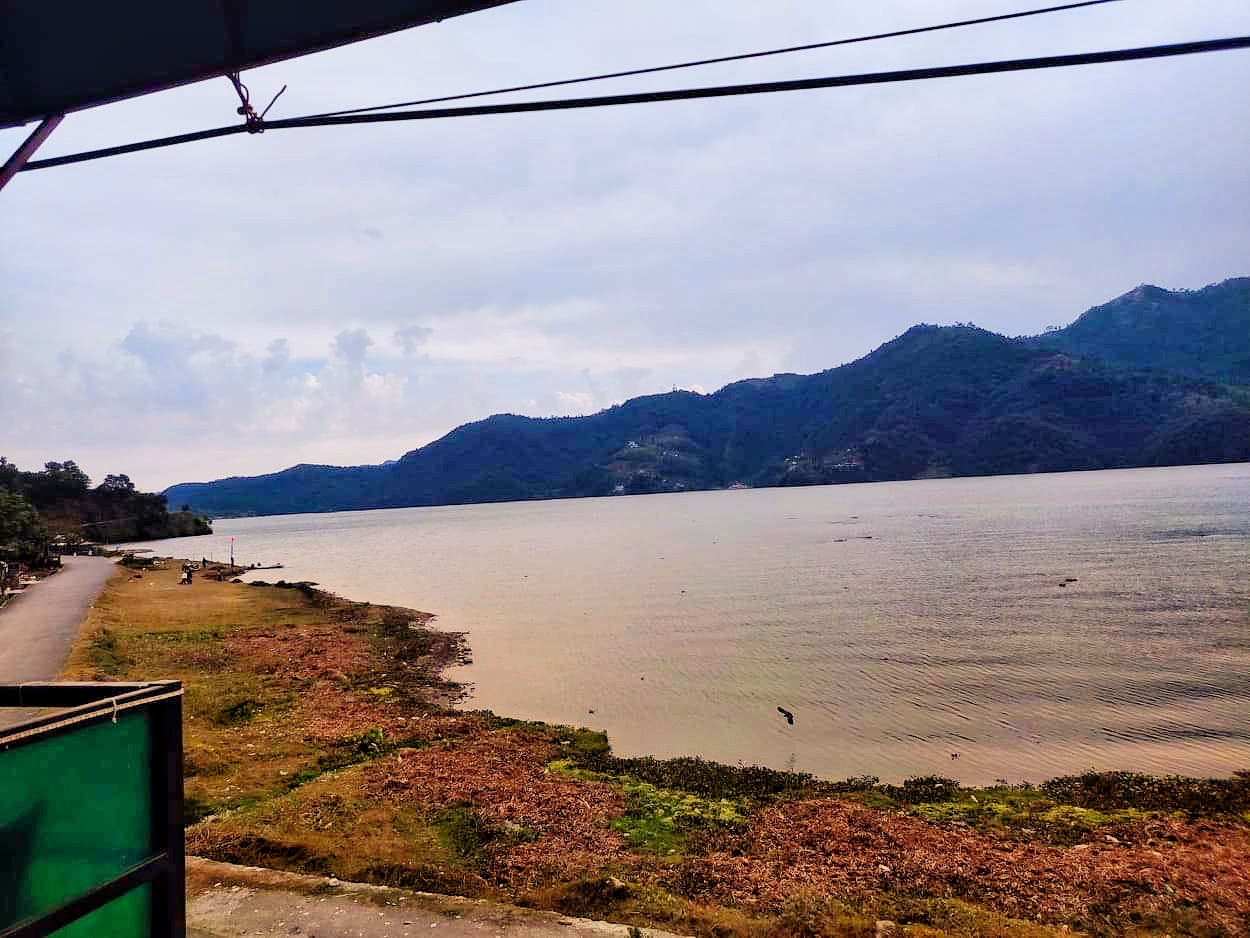 It is the second largest lake in Nepal .It is a freshwater lake located in the south of Pokhara valley.It has a temple 'Tal Barahi' ,at the central part of lake as its antique feature.It is located at an altitude of 2,434 ft and covers an area of about 4.43 km sq.It is famous for the reflection of mount Macchapuchre and other peaks of Annapurna and Dhaulagiri .

On the side of the Phewa Like lies the most beautiful place of Pokhara Lakeside, Lakeside is very popular among the tourists in Pokhara.This is my favourite place to hangouts during the night,the musical environment and the lights are enough to steal your heart.The best time to visit this place is during the Christman,New Year and  Dipawali. Specially in New year time this place hosts the largest street festival in Nepal where thousands of people come to celebrate new year from different parts of the world. 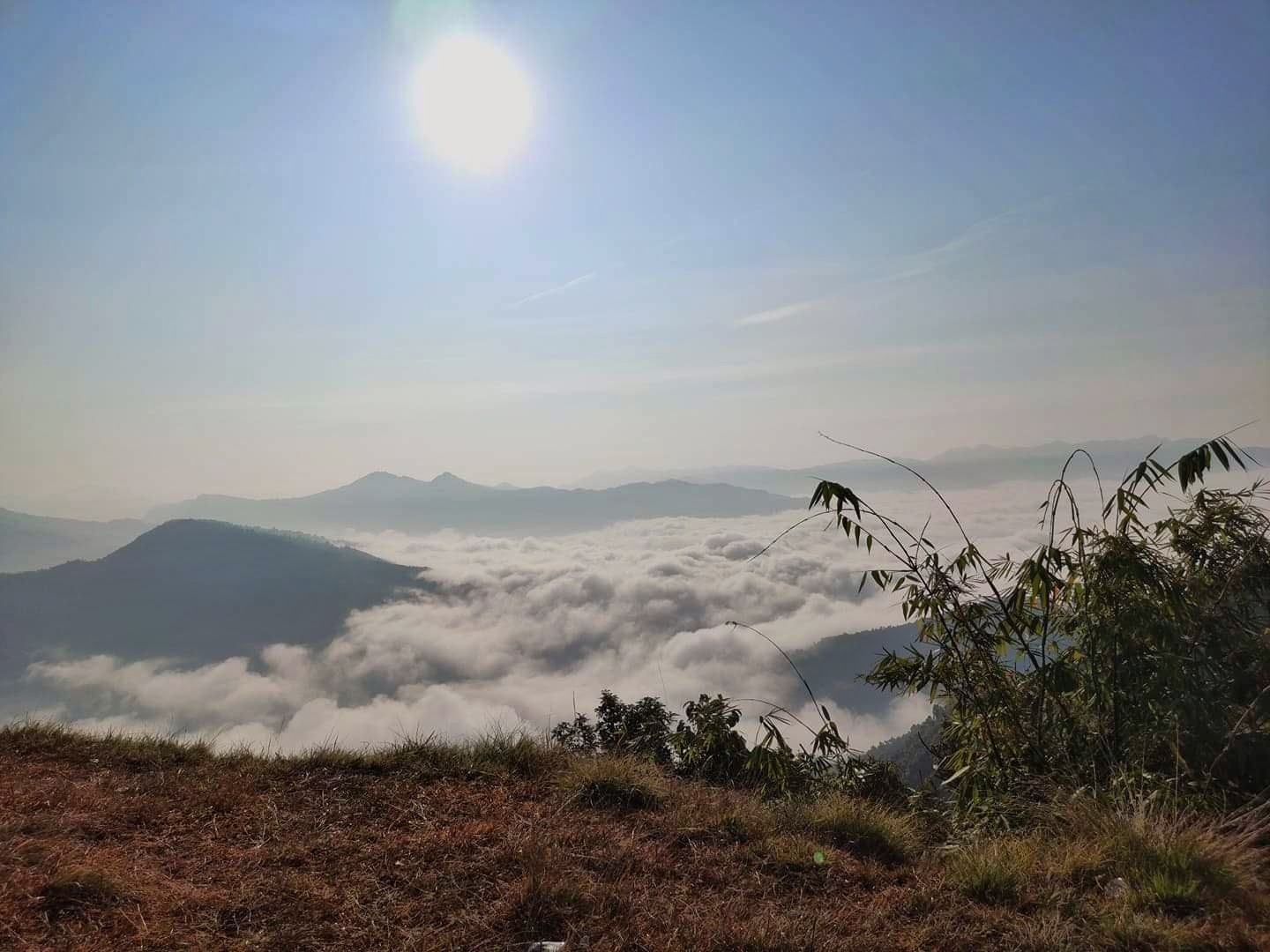 It is another freshwater lake located in the south east of Pokhara valley .It is the third largest lake of  Nepal and a popular place for boating,fishing and swimming. The water level on the lake keeps fluctuating which is maintained by the dam.The lake offers  a beautiful scenic and peaceful experience.

Now  just around 10 Km south from the Begnas lake there lies a place called Rupakot.From the height you can explore the complete heavenly view of  Begnas Lake and Rupa Lake. 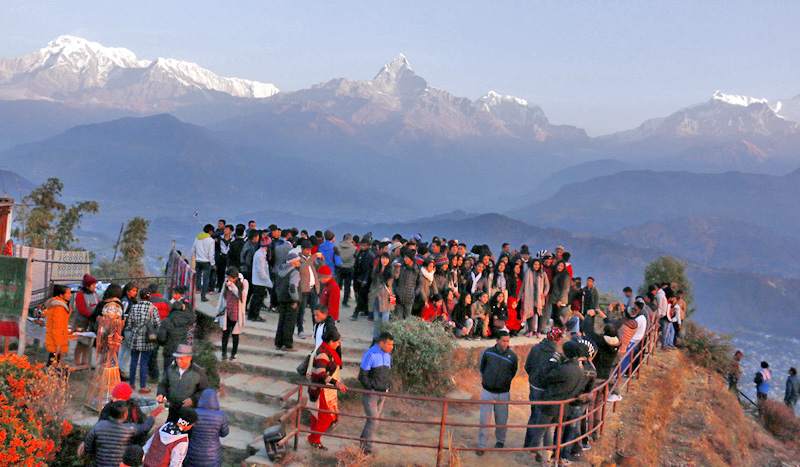 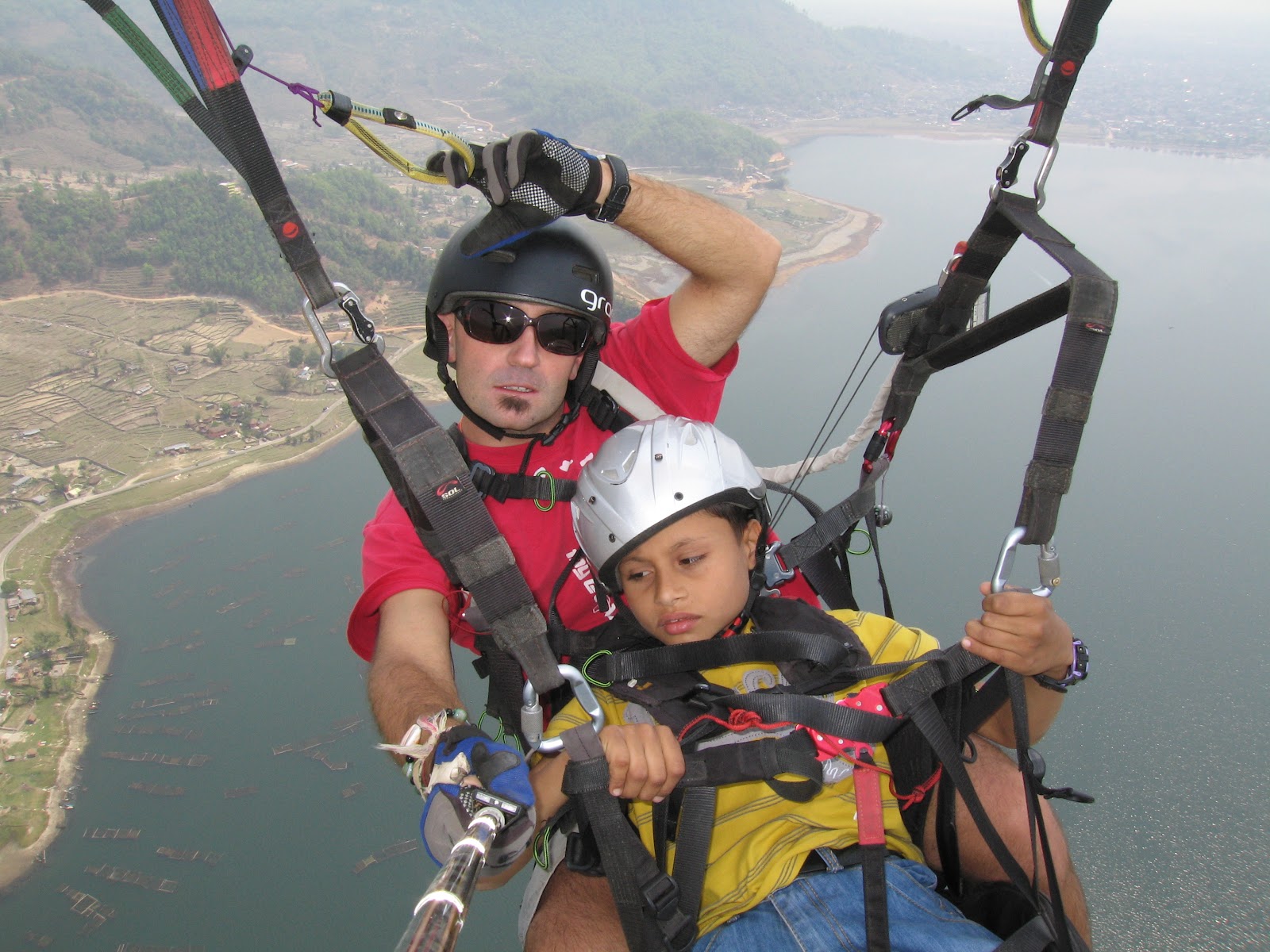 Located on the outskirts of Pokhara city is a hill called Sarangkot. It offers one of Pokhara's

greatest views of Annapurna Himalayan mountain peaks .It is best viewed at dawn or dusk due to the spectacular pink and orange hues the mountain range takes on.It is one of the most popular locations for the paragliders. Sarangkot gives the complete view of Pokhara city including astonishing view of fewa lake and the annapurna mountain range.

It's Nepali name is 'Patale Chhango' which means underworld waterfall .The water forms a tunnel after reaching the bottom.It is believed that a Swiss couple went swimming there in 1961 but the woman drowned due to overflow of water.Her father wished to name it David's falls but changed to Devi's Falls.After exiting the tunnel,the water passes through a cave called Gupteshwor Mahadev.

It is a Buddhist pagoda-style monument located on the Anadu Hill at the Pokhara valley.It is also known as Shanti Gufa.It offers the overlook of mesmerising Phewa Lake with the charming Annapurna mountain range in the backdrop .The surroundings have several trekking trails to cross to Phewa Lake and explore the Himalayas.The tranquil vibe of monument is worth a visit for those seeking it.This place is great for peace lover, making noise is completely prohibited inside the World Peace Pagoda.

This are among the popular places of Pokhara but there are still places which I feel are extremely beautiful  but are still underrated in Pokhara.Here are some underrated places in Pokhara :

The name is given because of the powerhouse present in this place.It lies in the lowermost part of pokhara.This place has a green,fresh and silent environment.This place is great to visit in the morning and evening time.There is aso a small waterfall and cave in this place.Here are some

shots from the Powerhouse : 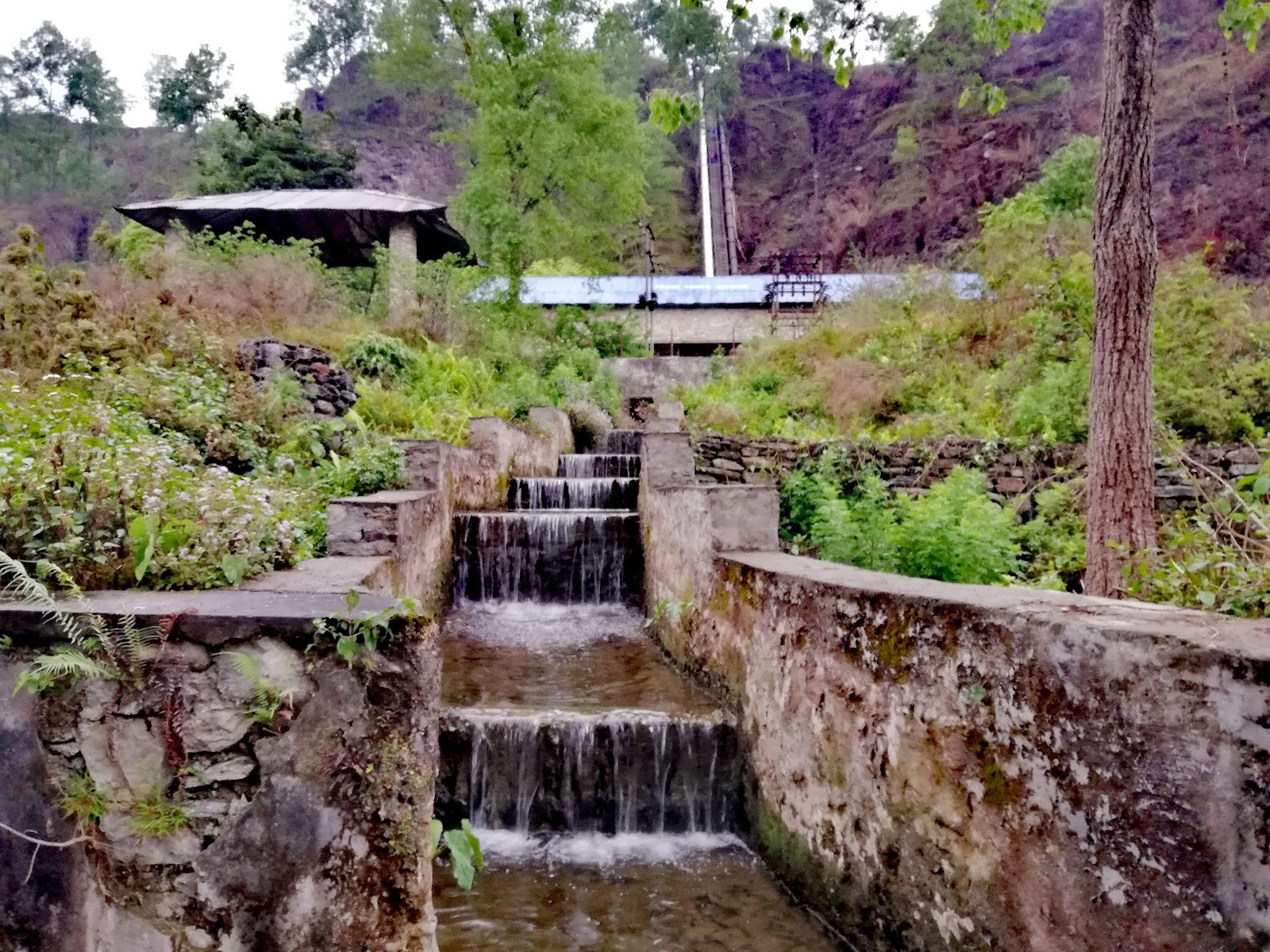 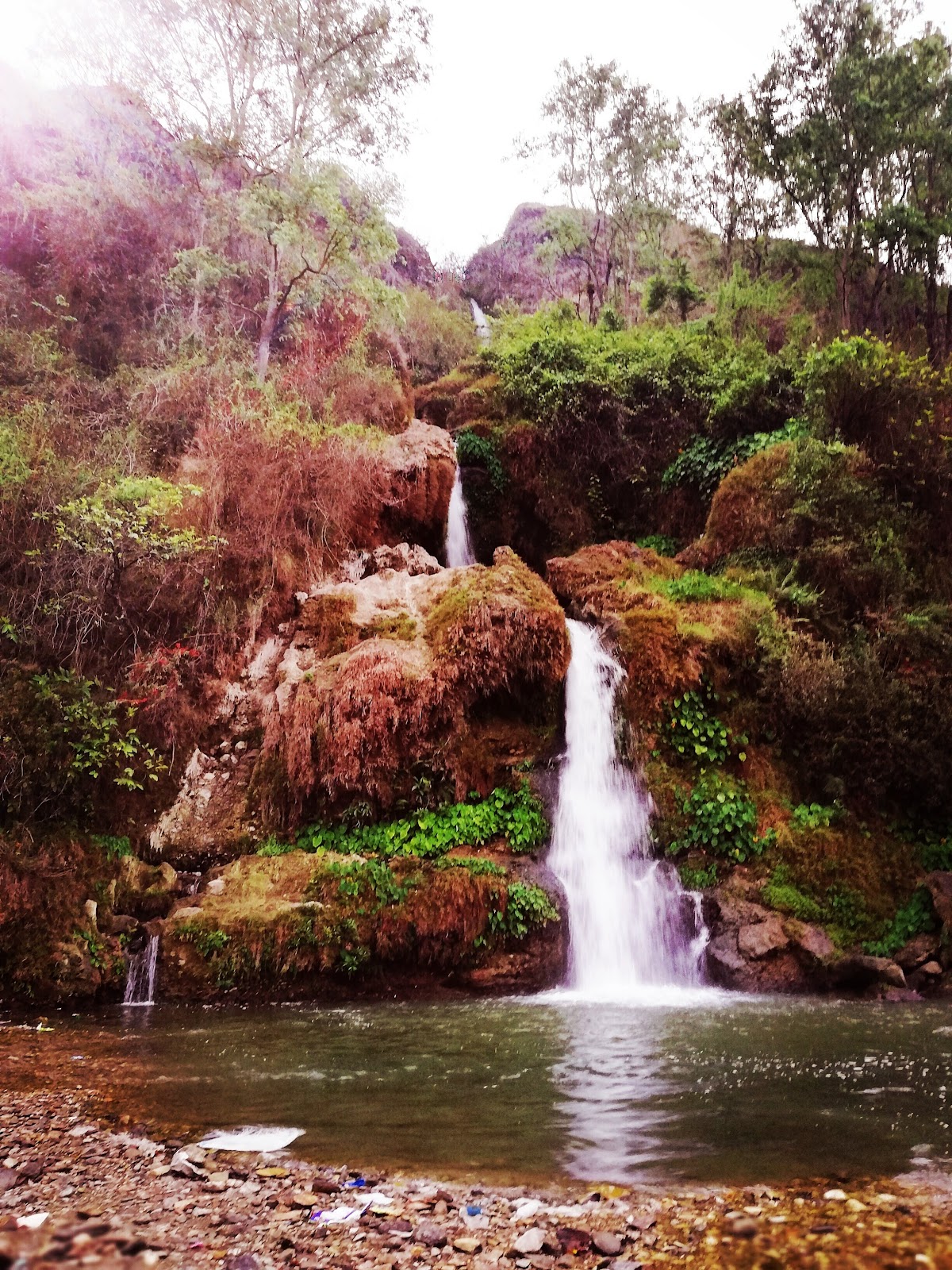 This village lies on the southern hill of the Pokhara City.From this village you get a better view of Pokhara city, not just the Annapurna range and the beautiful pokhara city you can see  3 different lakes (Phewa,Begnas and Rupa Lake) from this place on a sunny day.A new viewpoint is being developed on this place and slowly this place is also getting tourist attention 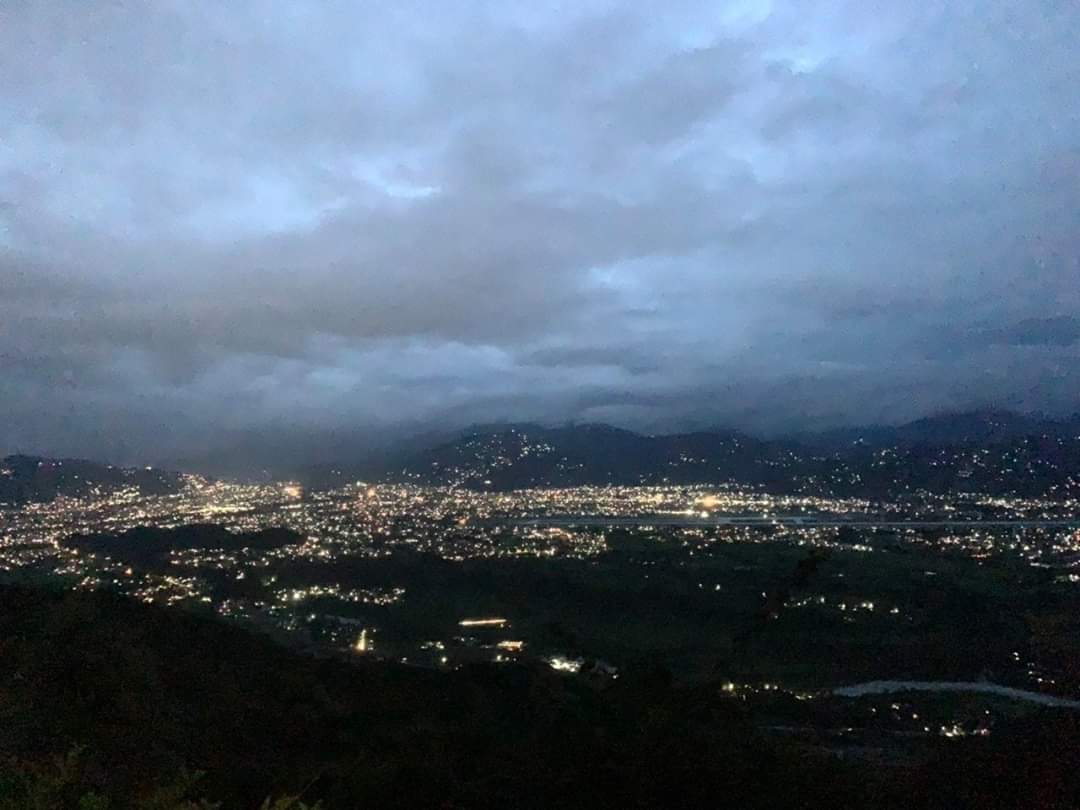 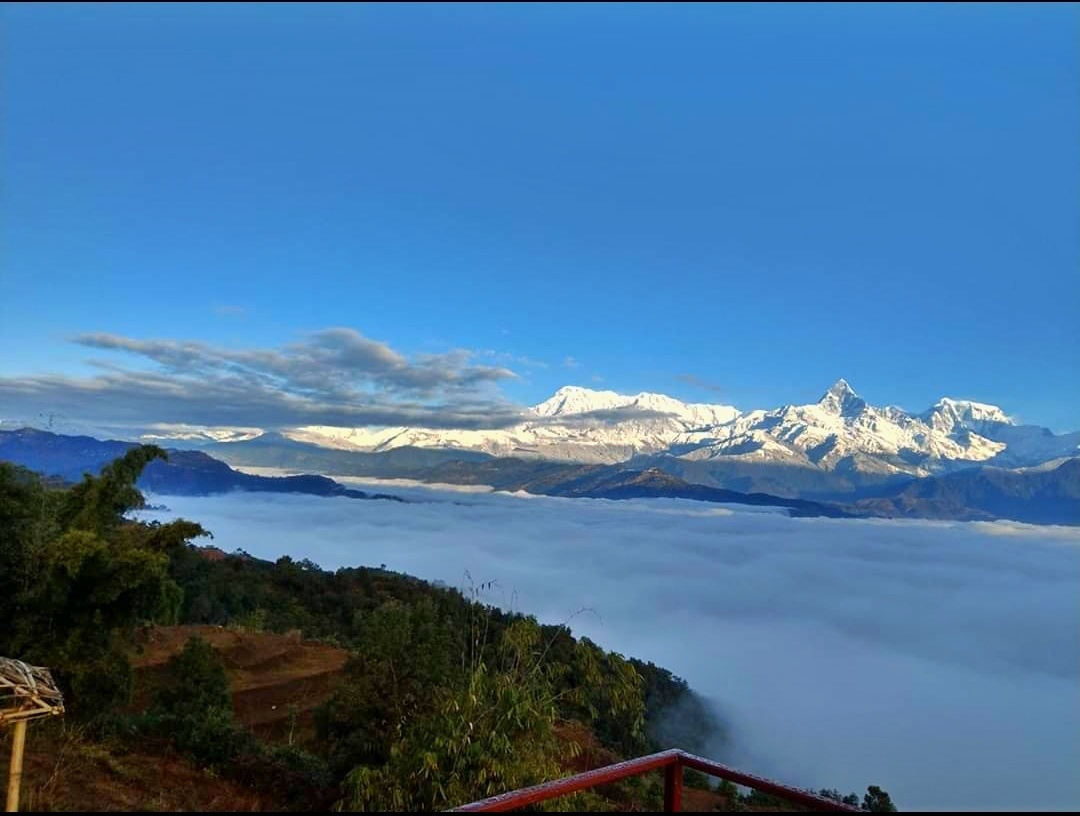