Loosening of Gun Laws in Texas 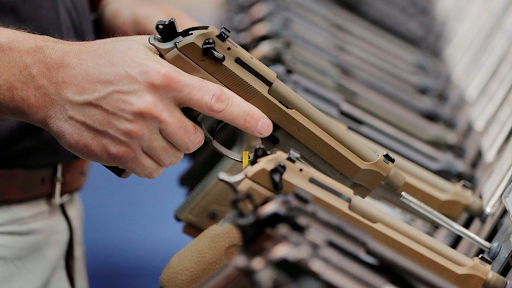 Texas is one of the several states in the United States of America which has loosened gun laws. Before September 1, 2021, Texas required people to possess a license if they wanted to carry a handgun. As of 1st September, the Texas Legislature passed a law that removed the requirement of having a license to own a gun, which means Texans no longer need a permit or training to carry a handgun.

The new law has allowed individuals who legally possess firearms in the state to carry handguns openly in public places without any permits. It allows anyone of age 21 years or older to carry a handgun unless they have a violent conviction or are otherwise barred by law. But a background check that might flag such a disqualification is no longer necessary to carry a handgun. So now Texans can carry handguns in public without a license and without the background check and training that a license requires.

This rule prevents government entities from banning the sale or transportation of firearms or ammunition during a declared disaster or emergency. It makes young adults between the ages of 18-20 eligible for a license to carry a handgun if they are protected under certain court orders related to family violence. It allows Texans to carry guns in churches and other places of worship. It loosens restrictions on the number of school marshals who can carry guns at public and private schools in Texas.

Although the loosening of gun laws might have been done to increase the safety of people in the state of emergency, disaster, crime or violence, it has created a greater risk and concern for everyone living in Texas. Allowing people to carry a handgun without proper training or permit has led to everyone worrying about how it might lead to an increase in criminal activities and crime rates, and how shooting might injure or take lives of innocent people. Gun violence cases are increasing every single day, and now that the laws are loosened, the situations can get even worse with time.

Earlier, when the restrictive gun laws were implemented, mass shooting was prevalent in Texas. Texas had seen a consistent increase in mass shootings over the past four years. Several high-profile mass shootings in recent years had propelled law enforcement officials and lawmakers to call for stricter gun control laws, including restrictions on open carry. But now that there are no restrictions on open carry, there is a greater chance of increase in mass shootings. Although most Texas voters opposed this idea of unlicensed carry, the Texas Legislature still passed the Permitless or Constitutional Carry law.

This law will make it more challenging for law enforcement officials to protect the public from gun violence. If a person is seen carrying a handgun in public, the law enforcement officials cannot do anything unless the person is seen aiming the gun at someone or performing any illegal activity. Because of this, the criminals might get away with crimes. People can carry guns and threaten others to do something against their will. This will lead to a rise in the cases of extortion as people can openly ask for money or property at gunpoint. Thus, anyone and everyone can carry guns and easily misuse them rather than using them for safety purposes.