In this 21 century of memes, Social media has made a huge impact on the popularity of many celebrities and influencers, and bloggers, and if you are active in social media and use TikTok and Instagram or watch fighting sports you have all surely come across Hasbulla Magomedov “The mini Khabib”.  As it may seem like a big surprise as Hasbulla bears a babyface, childlike features, and a high-pitched voice, he is an 18-year-old boy from Makhachkala, Russia. He suffers from Growth Hormone Deficiency (GHD) aka dwarfism. He was born on the 5th of July 2003. He is 3ft 4 inches tall and weighs 39 lbs.

Hasbulla started posting his pictures and videos on Instagram in 2020 which gained huge popularity in 2021 and currently has around 2.1 million followers on Instagram. His videos went viral on TikTok and he even met Khabib Nurmagomedov, the previous undefeated UFC lightweight champion. After he met with Khabib the UFC fandom gave him the nickname “mini Khabib”. Hasbulla also called out some famous fighters like Connor McGregor in a video where he stated, “I want to punish this guy, he talks a lot.” By pointing at a photo of McGregor. The former double champion Henry Cejudo has also recognized Hasbulla’s influence over social media and sarcastically tweeted that he would throw Hasbulla as a newborn. The uprising Youtube boxing star Logan Paul also jeeringly said that as long as he channels his inner Hasbulla, the greatest fighter of our time, he could do it mocking Floyd Mayweather in his recent bout and he also said that he loves Hasbulla in a recent interview. Asxab Tamaev a mixed martial artist has been acting as a manager, trainer, and publicist for Hasbulla which has boosted both of their publicity even more. 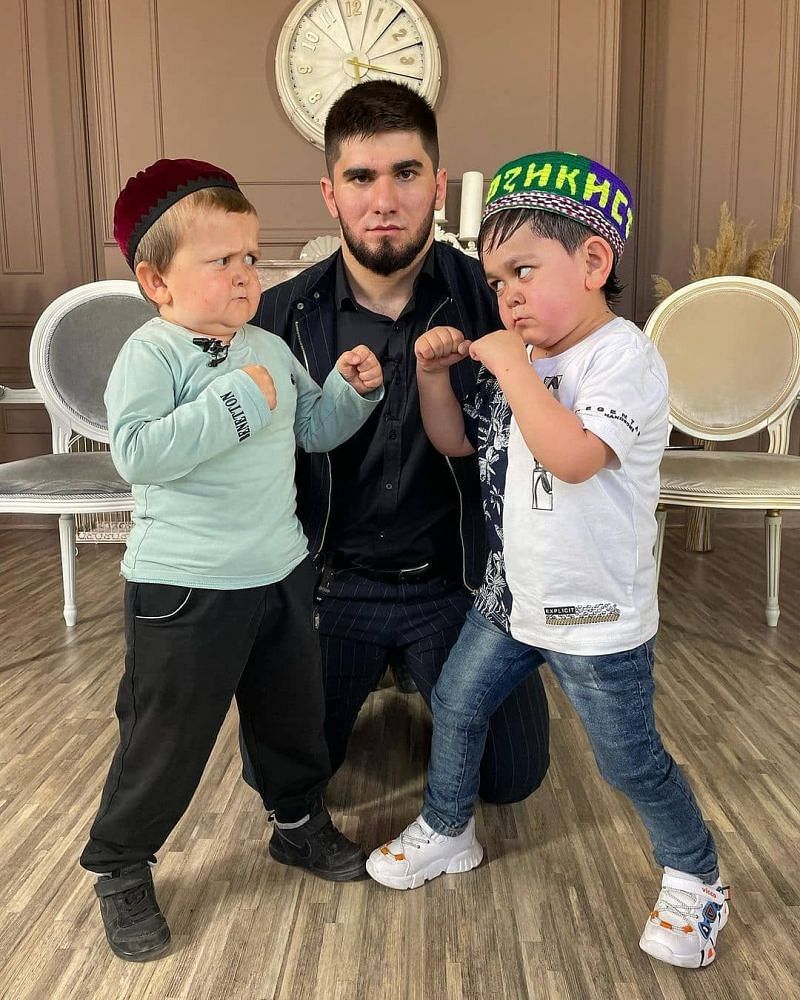 Hasbulla had posted a video where he faced off against Abdu Rozik, a 17-year-old Youtube singer from Tajikistan who suffers the same diseases as Hasbulla. That video is the most-watched video of Hasbullah. Many fans might be looking forward to this fight between the “mini Khabib” and Abdu but, Uliana Podpolnaya, the head of the Russian Dwarf Athletic Association is strongly against this fight and he termed it “unethical and wrong.”

Since his popularity burst on various social media platforms, many fans are questioning his net worth. According to an unofficial report Hasbulla’s net worth easily crosses over $100,000 which might not be so far-fetched as he has a lot of pictures on Instagram with a lot of brand-new luxury cars.

Hasbulla stated that fighting Logan Paul, Connor McGregor, and Henry Cejudo is his dream fight, and is training fiercely, preparing for his next uncertain opponent.