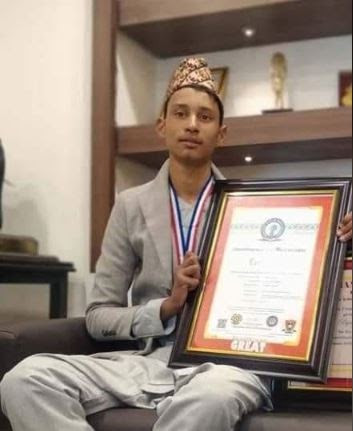 The man who probably has your name memorized too, Bijaya Shahi, is Nepal’s self-proclaimed memory king. Unofficially beating the record of the world's fastest reader, he claims that he has the formula to read and also remember the contents of a whole book in a few minutes of reading it. He stated in a video that he wanted to uplift Nepal’s literacy rate to 100%.

Bijaya Shahi is not the most famous person in the world but steadily increasing in popularity due to various suspicious inhumane memory power. According to Bijaya Shahi, he needs a few minutes to read an entire book which doesn’t sound like reading as it looks like he is screaming “ratatat” and needs an empty room without any camera or people.

Bijaya Shahi has again gained more hate and criticism as he insisted  Nelson Dellis, an American author, interview him. Nelson asked Bijaya to memorize two pages of a book as fast as he could. Bijaya managed to memorize two pages after just reading it for less than five minutes. A week later Bijaya Shahi was caught in the same video that Nelson posted as the page which Nelson gave him was exchanged which was shown clearly by Nelson in a new video that he posted after a week of the interview. In the interview, Bijaya’s manager told Nelson that everything that Bijaya has is due to divine power which didn’t seem divine after he was caught.

Punya Gautam a man who gained massive popularity due to his viral videos had disrespected Bijaya Shahi and told that Bijaya Shahi was a con artist so, Bijaya Shahi himself insisted to show his memory to Punya Gautam in a reporters club event where he failed horribly as he couldn’t show off his talent and he brushed off the request of reporters and Punya Gautam by making excuses which they didn’t find very nice. 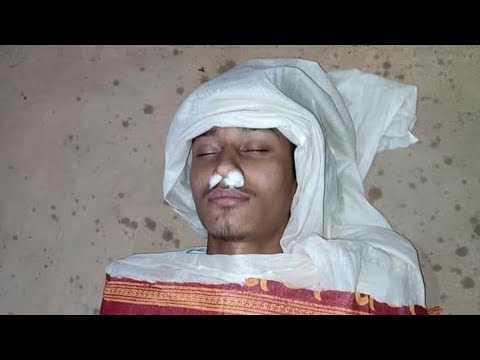 According to Bijaya Shahi, around 140 people have paid a total of about 40-50 lakhs Nepali rupees, to take his memory course but he was unable to take the class due to the current situation of Nepal and lockdown. He stated in an interview that he would return the money of the people who paid for the course if he couldn’t take the lesson. Recently, some rumors of the death of Bijaya Shahi were spread with some pictures of his dead body which was later confirmed false by the police. The picture was later on removed from Facebook.

After all these suspicious acts of scams and cons, many people are waiting for Bijaya Shahi’s answers and responses to all their questions.