Fictional Diary: An Interaction of Eyes 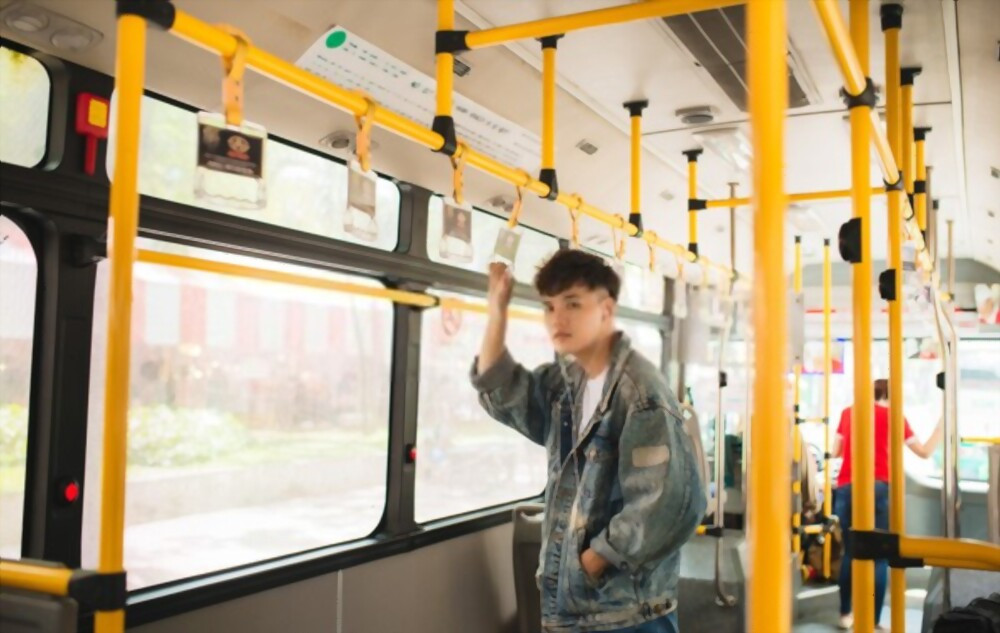 Fumbling through my bag, my hands contort in the weirdest possible ways, to finally land upon my  earphones. I zip up my bag and push it back in the narrow compartment above the bus seat.  Disentangling the wires, I plant my feet firm while countering the movements of the bus. The  beautiful mess finally untwines and my escape device is ready. Plugging up my ear with what can  possibly be considered the most soothing hard metal song, I close my eyes and dissolve into the  crowd.

This had become a ritual of sorts- a way to drown out the noises. My nose had grown immune to the  foul smell produced by the confined sweaty bodies, but my ears couldn’t avoid the cluttered  conversations. Hence, the earphones. Being a regular commuter of the public transport, one figures  out a way to create their own space in such a claustral environment.

So there I was, another day on the bus. My hands were tired yet not letting go of the support bar on  the ceiling. My restrictions were set- my eyes closed, Slipknot serenading my ear and a hoodie  barely revealing my face. I had taken a massive whiff of fresh air just before I entered and I was  using it stingily, trying to prolong its duration. Of course the reserve was not to last as it is not  humanly possible to create a fresh air reservoir in your lungs. So, I prepared myself for the surge of  odour that I could imagine was making its way to me. To my surprise my breath had caught on to a  sweet fragrance.

Mesmerized more by the fragrance now, my ears were slowly deafening to the music. It was a fruity  flowery aroma with a hint of familiarity. I was swaying along to the symphony created by the  harmonization of all that smells good in this world. My body felt like a liquid diffusing into this  intoxicating scent. Just then, the bus suddenly stopped, snapping me out of my trance and pushing me  forward onto someone.

In a brief moment of panic we quickly created some space in between and I apologized. After a  slight restoration of calm I realized the aroma was stronger and it was emanating from this very  person before me. She was shorter than me so I was struggling to see her face. Almost as if my  silent pleas were heard she looked up at me.

Her eyes were light brown, the color of the most refined honey. It had a certain depth to it, the more  you looked into it the more absorbed you’d be. The shape of the eyes lay in the Goldilock region;  not too big, not too small, just perfect. But what I liked the most about those eyes was how they  talked with mine. We made conversation only with our eyes, conversations more electric than  spoken words.

However, good things tend to chip away at time faster for I did not realize how time flew by. This  was a fleeting moment, a moment that was slipping through my clenched fist, which was  desperately trying to hold on to it. But everything ends at some point. Ironically, what started our  interaction also turned out to be the terminating factor for it. The bus suddenly halted again and this  time she got off. As she disappeared with the increase in distance, I realized this moment may  never come again.

I could not have been more wrong as two weeks later, the same aroma found its way back to me,  but that's a story for another time.